I’ve been dying to make a scrap fabric tutu for Bailey ever since I first stumbled across them on Pinterest months ago (pins below originally from here and here)! 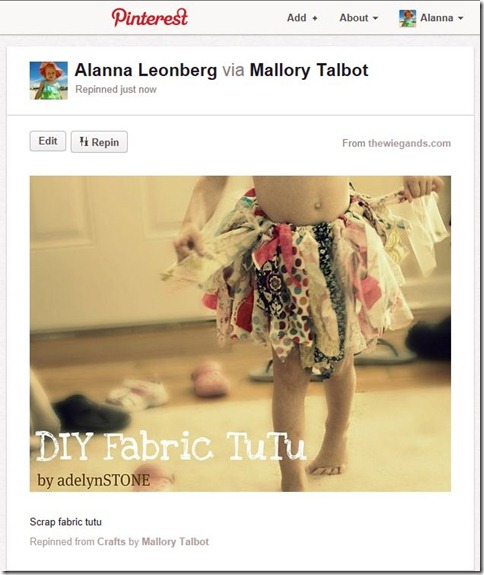 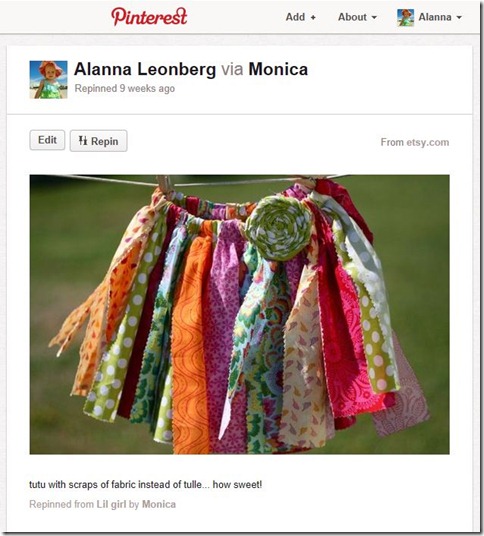 I mean what little girl wouldn’t want to run around playing in one of these?  They’re absolutely adorable!

So, I pulled out my sewing box and gathered the necessary materials—measuring tape, pinking shears, 1/2 inch elastic, needle and thread, and fabric scraps (some of which was left over from when I made Bailey’s nursery bedding). 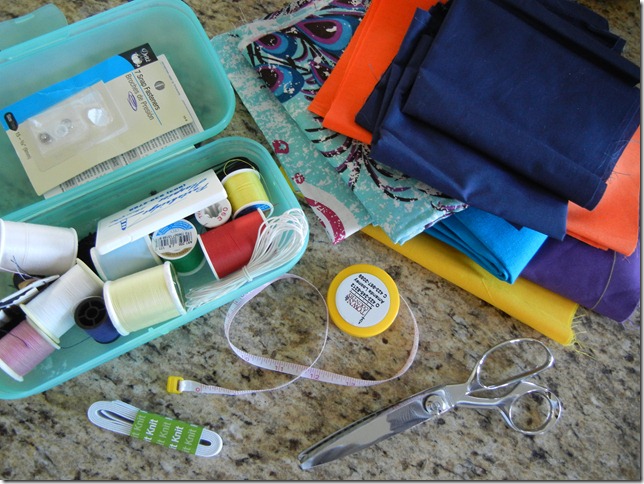 I referenced several tutorials before starting and did a blend of a few different ones.  The first step was creating the elastic waist band.  I measured Bailey’s waist (which was about 17 1/2 inches) and then cut a piece of elastic a couple of inches shorter than that (as recommended in this tutorial).  Next I folded the elastic in half and used my needle and thread to sew the ends together. 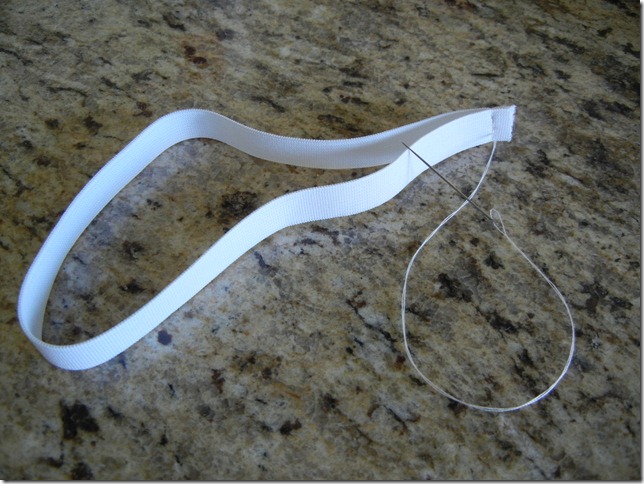 Then I folded each end back and sewed it flat (just like in this tutorial). 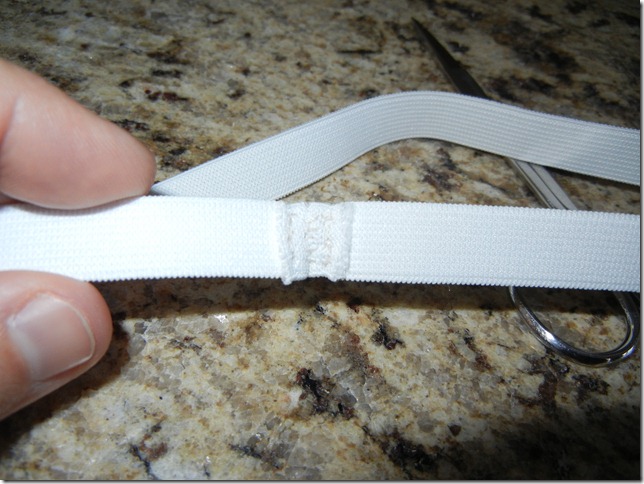 Once I had created the elastic waist band I began cutting my strip of scrap fabric using my pinking shears (to cut down on the frayed edges). I cut the strips about 1 1/2 inches in width and anywhere from 17-22 inches in length.  I just eye-balled it, so none of the strips turned out perfectly straight.  But that only adds to the character of the tutu if you ask me! 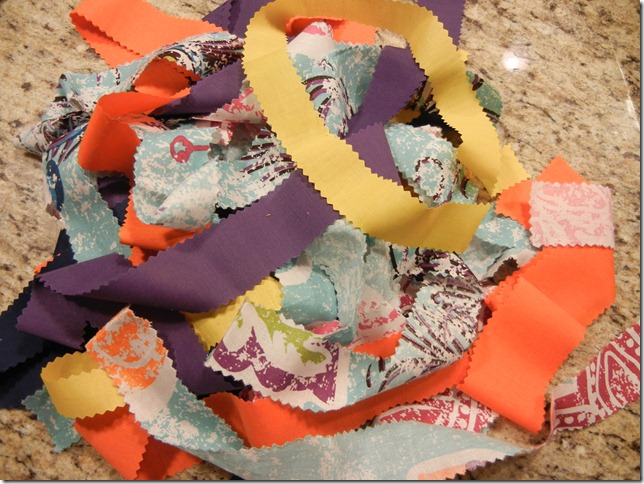 The next step was tying the fabric strips to the elastic waist band.  To do this I folded the strips in half and pulled the cut ends through the center of the waist band. 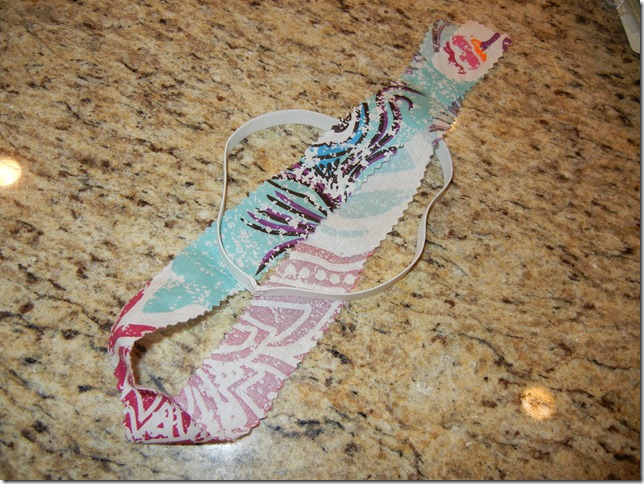 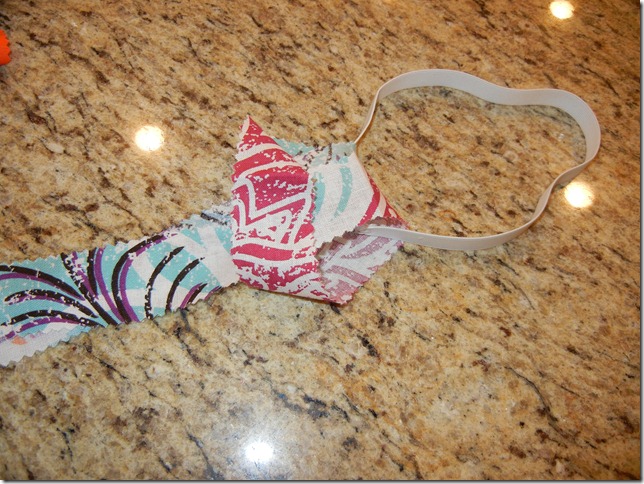 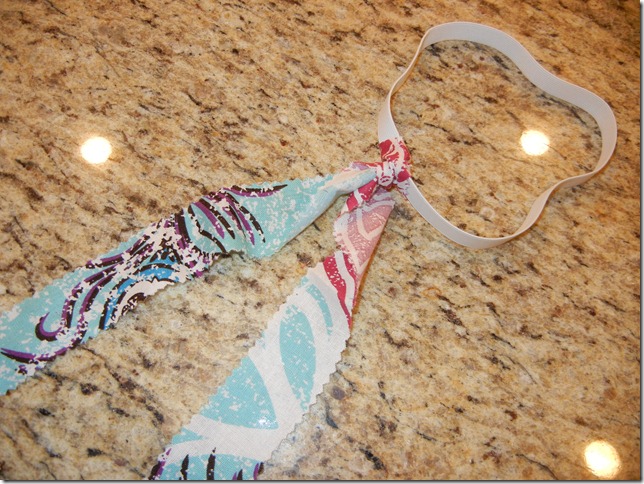 Then I repeated this process a few dozen times to fill out the tutu. 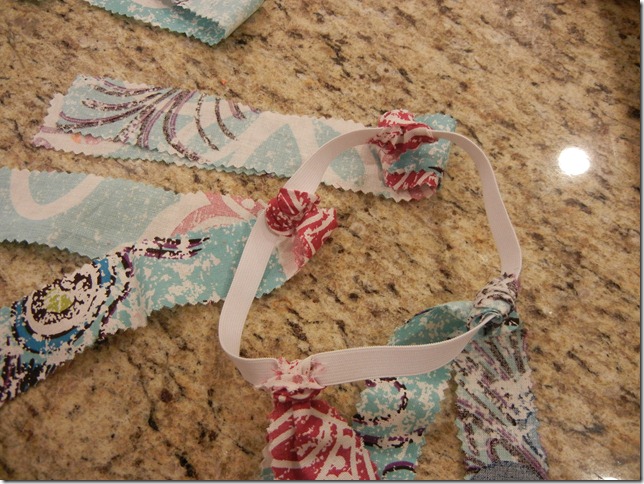 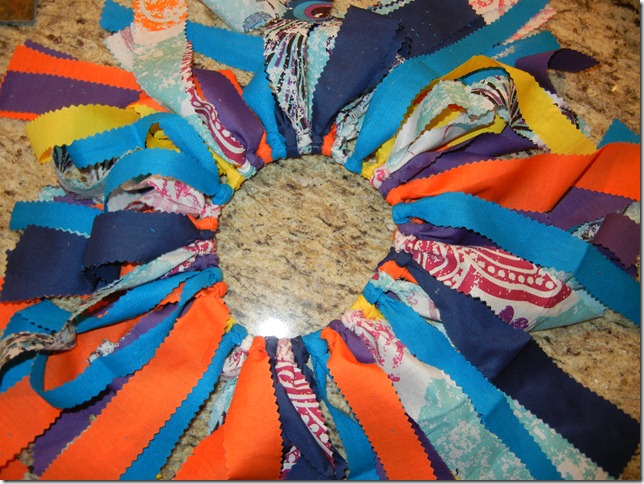 Although the tutu looked pretty darned good at this point, I still wanted to add a fabric rosette like I had seen in one of my inspiration pictures.

Once again I relied on Pinterest to provide the guidance.  I clicked back over to my DIY & Crafts board and remembered that I had pinned this (originally from here) several months back. 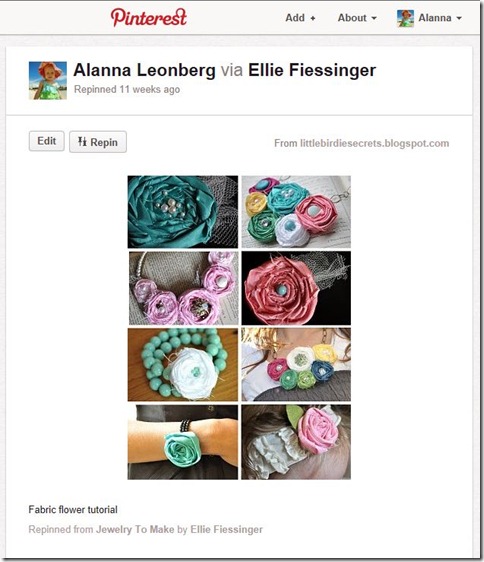 So I pulled up the fabric rosette tutorial and followed it (for the most part) step by step.  The main difference was that instead of using fabric glue (which I didn’t have any of at home) I simply used a needle and thread to hold my flower together as I wrapped and twisted the fabric.  I also twisted my fabric a little tighter than the example in the tutorial (hence the less open and petal-ly flower).  But I was still very pleased with the outcome seeing as it was my first ever attempt at sewing a rosette. 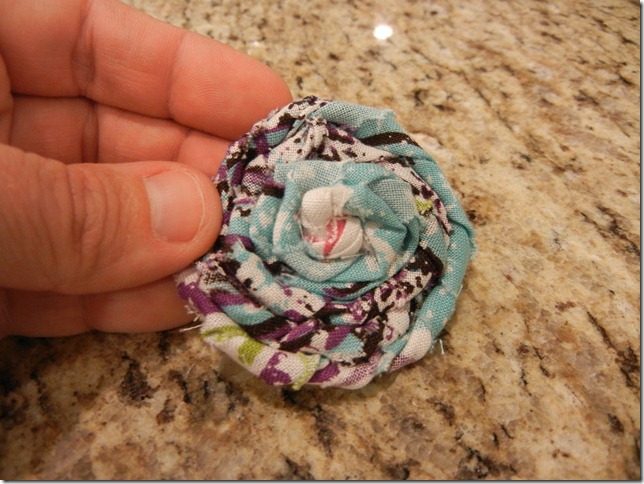 The very last step in the process was sewing the rosette onto the tutu using my trusty ole’ needle and thread. 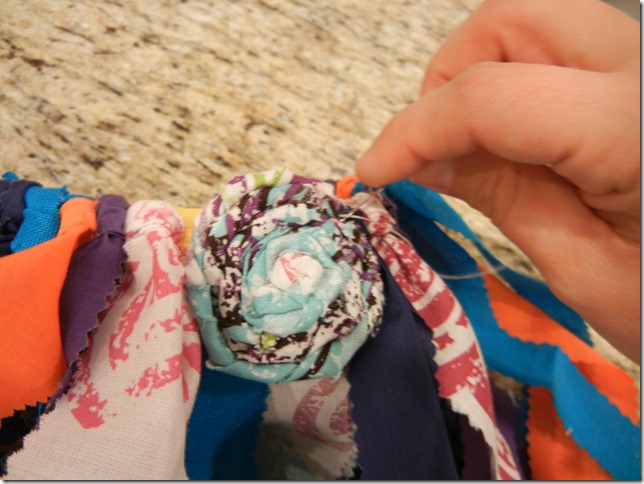 And here’s the finished product! 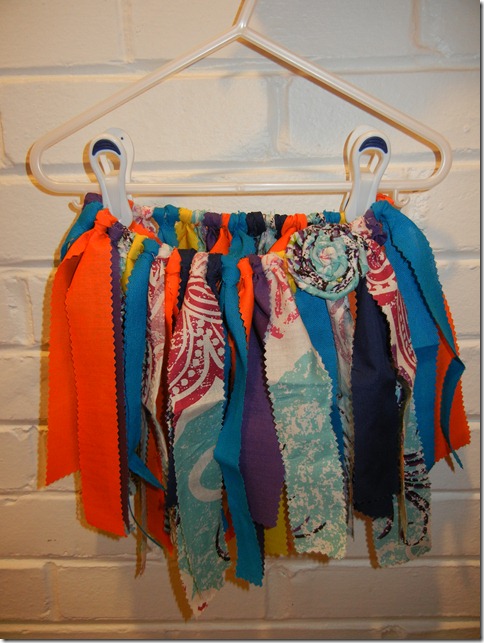 Don’t you just love it? I know I do!  Can’t wait to see it in action on Bailey!

She's gonna LOVE it! How cute!

Adorable!! I love the fabrics you used! Thanks for linking to my tute as well! :)