Remember back in March when Craig accidentally stepped through the ceiling in the laundry room on the first day of our kitchen renovation?  Well we’ve finally gotten around to fixing it.

Don’t get me wrong… we did a very quick, very temporary fix right after the incident occurred.  However, there was still a medium sized section of plaster missing around the duct that connects to the HVAC unit in the laundry room. 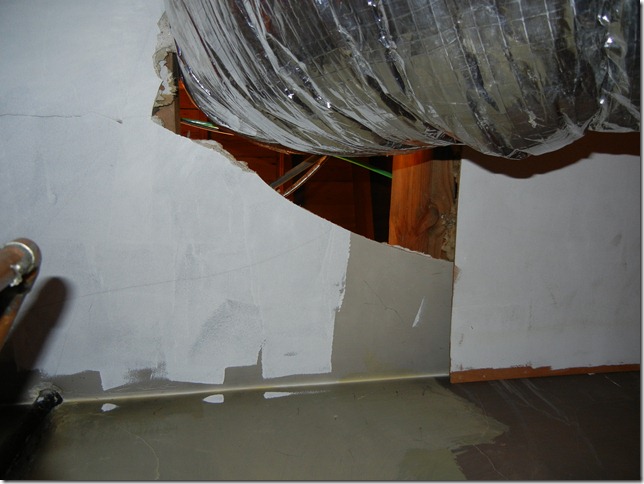 And with winter coming we wanted to make sure that hole into the attic was covered up.  Not to mention the fact that we wanted to add more insulation to the attic and it would be best if there weren’t a hole in the laundry room ceiling for insulation to fall through.  So, a few weeks back we decided it was finally time to fix the ceiling.

Craig went into the attic and moved as much of the insulation away from the laundry room ceiling as possible.  Then he removed a large section of the old ceiling (which the former owners had previously patched with wood paneling and sheet metal) in addition to some of the remaining plaster around the HVAC duct.  This left him with a pretty significant hole in the ceiling. 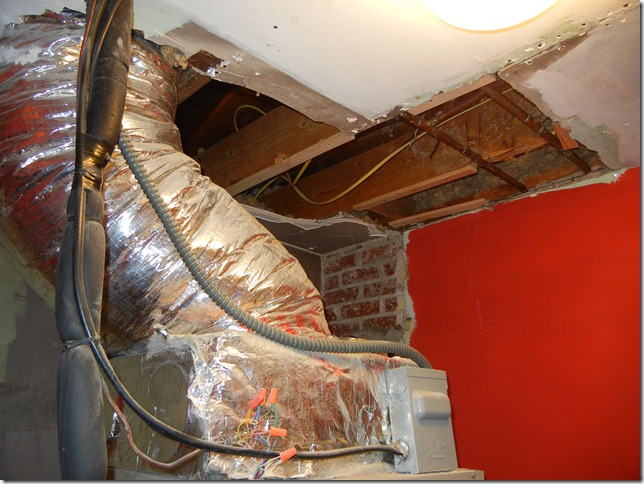 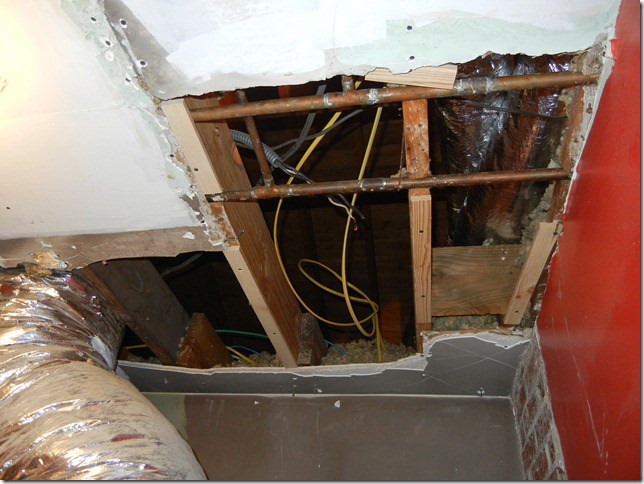 He then measured and cut pieces of sheetrock to fit. 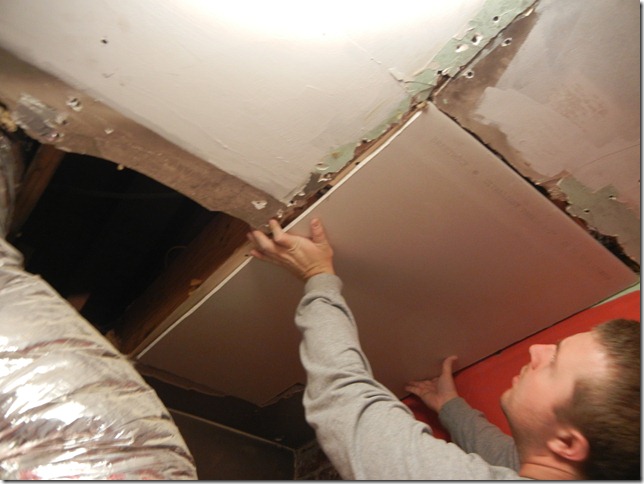 Next he very carefully screwed the drywall in to place, making sure he didn’t accidentally screw into a water line in the attic (like our sheetrockers did when hanging the drywall in the new kitchen). 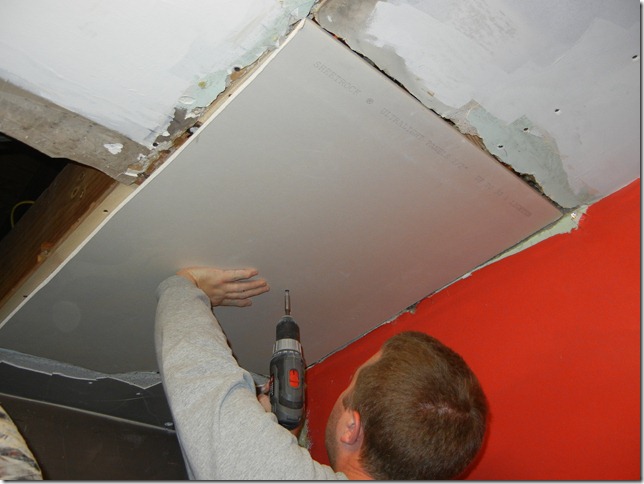 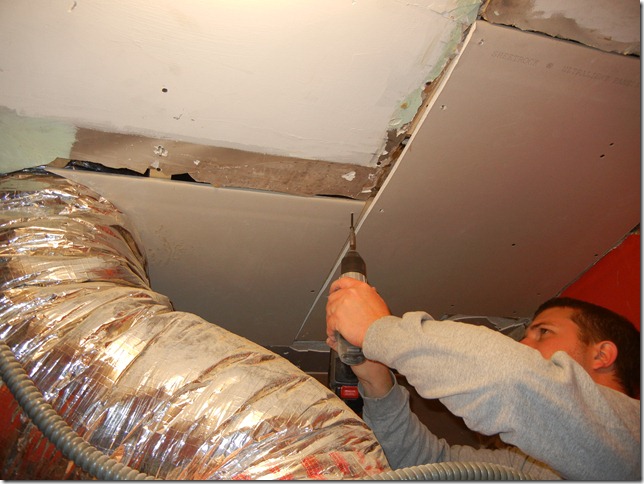 Once the sheetrock was hung Craig used mesh drywall tape and joint compound to give the seams a rough patch job.  He also filled in the small gaps around the HVAC duct and wiring with Great Stuff just to make sure that we wouldn’t get any cold air in from the attic this winter. 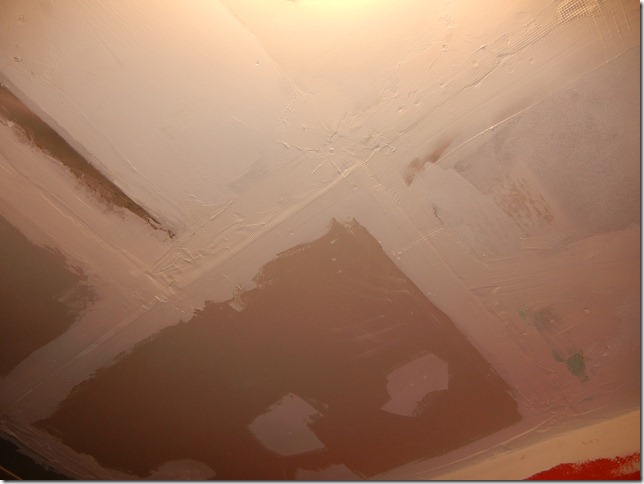 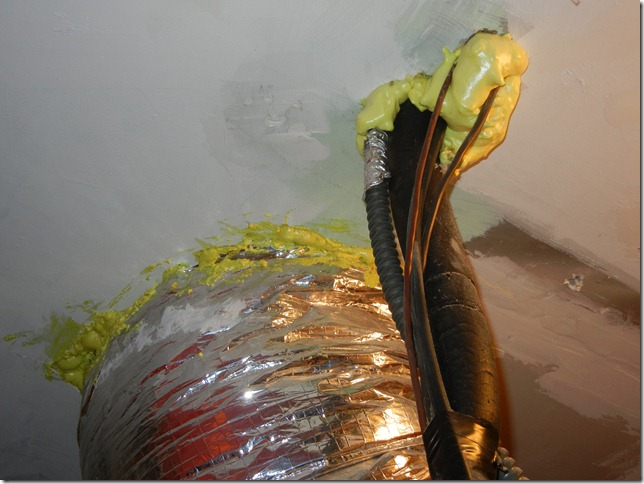 We’re not going to worry about sanding the ceiling and pretty-ing it up right now.  We’re still planning to move the HVAC unit into the attic (which would free up almost half of the square footage in our laundry room for a mud/storage area!) and we figure there’s no point in smoothing it all out and making the ceiling perfect when we’ll have to do it all over again in a few months.  So for now it’ll just have to do.