It’s a dirty job, but somebody’s gotta do it!  And when you’re the owner of an older home (say a 1961 brick ranch perhaps) that someone may just be you.

We had added several bales of cellulose insulation to the attic over the bonus room (which had been a carport in its earlier life) about 5 years ago after discovering that this space had virtually none overhead.  At that time we realized that we didn’t have adequate amounts of insulation over the remainder of the house either.  But after insulating over the entire bonus room we decided that this would be a project for another day.

I guess that day finally arrived because Craig and I spent several hours adding insulation in the attic over the rest of the house this past weekend.  I know… sure sounds like a good time, doesn’t it?  We decided that we had been putting the dirty task off for way too long and we wanted to make extra sure that we didn’t have any issues with pipes freezing this winter (since our house is on a slab and our water lines are in the attic).

We had moved a lot of the existing insulation around when we installed the recessed lights and repaired the water line that was accidentally punctured while hanging sheetrock.  So, it was time to make sure that everything was put back in its place and that a nice new fluffy layer of insulation was added on top.  The goal was to achieve an R49 value or approximately 14 inches of insulation (instead of the 6-8 inches that was currently in place). 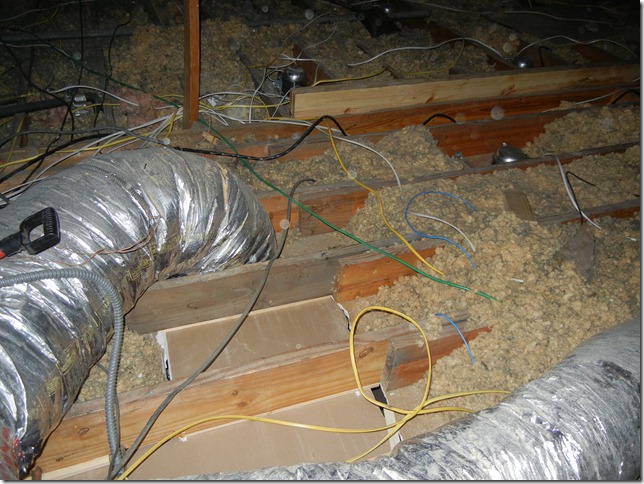 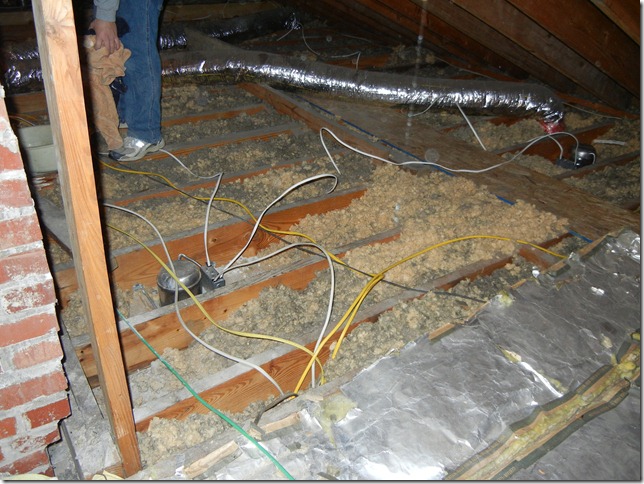 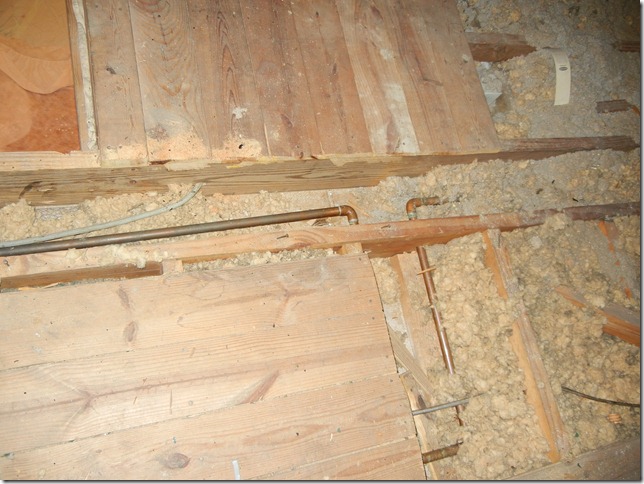 So we went to Lowe’s and bought 20 bales of cellulose insulation (which was the minimum insulation purchase to qualify for the free blower rental) and loaded it all into the truck to take home.  I tell ya… there are times in life when it really pays to have a truck and Saturday was definitely one of them! 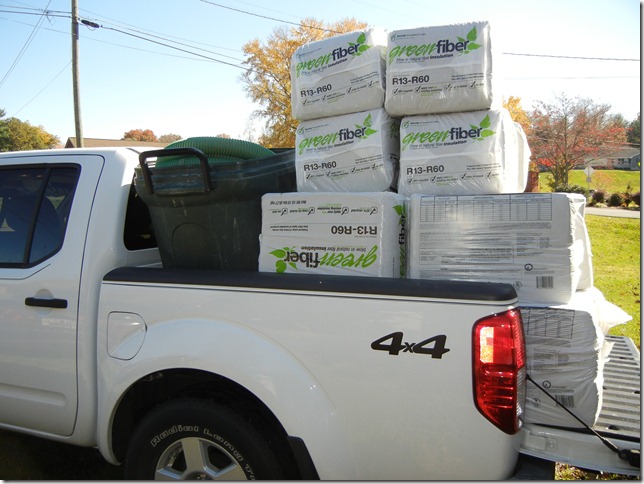 We used the same brand of cellulose insulation as we did 5 years ago. We like that it is a natural product (I think it’s made in part from recycled newspaper) and it is much easier to work with than nasty, itchy fiberglass insulation. 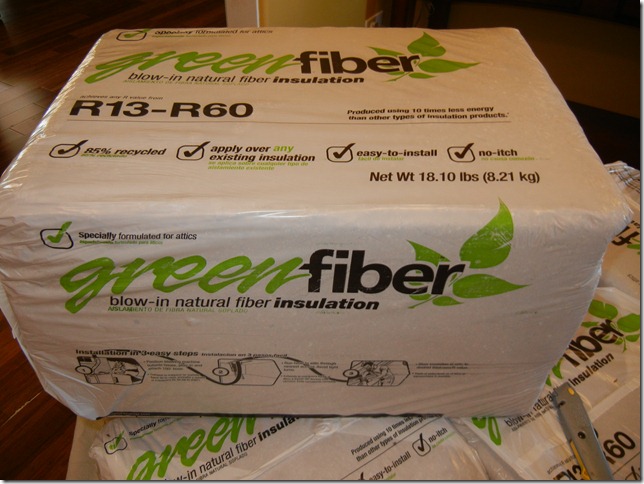 We carefully covered the new floors with sheets and cardboard before moving the insulation blower into the house.  Once the machine was inside and everything was hooked up we got down to business.  Craig had the fun job of being the person in the attic directing the hose and spreading the insulation while I had the lovely task of opening the bales of insulation to feed into the blower.  Last time we did the insulation work the roles were reversed.  And I’ll be quite honest with you… I’m not sure which is worse… having to be the one in the attic or being the one loading the machine.  They both SUCK (but at least they don’t suck nearly as much as they would if it were fiberglass insulation)! 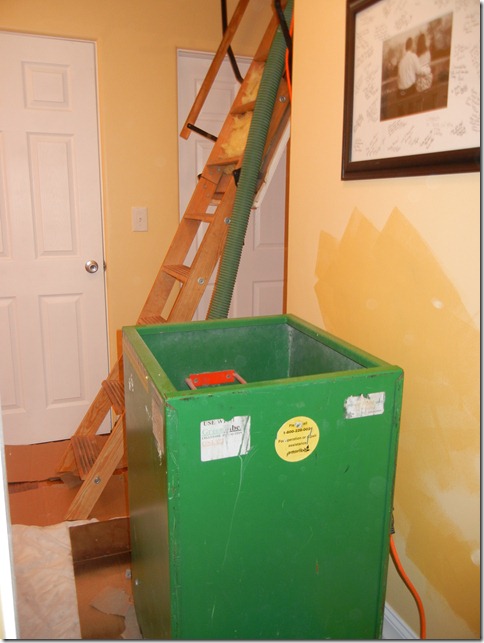 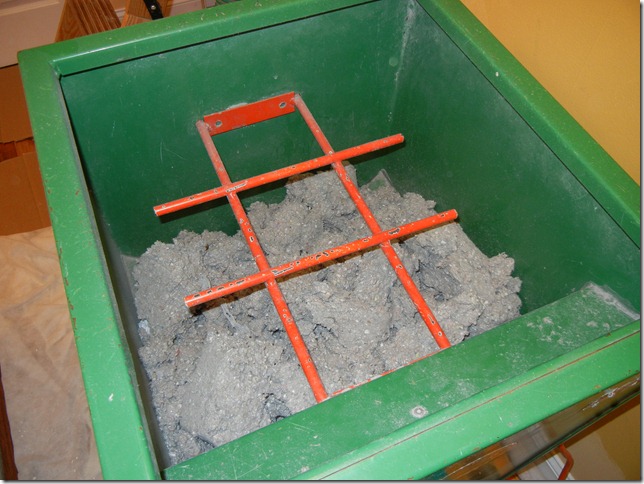 But on the bright side… the job is FINALLY done!  The pipes are covered and there’s a nice fluffy layer of new insulation on top of everything which will hopefully help us achieve our desired R49 value.  And for that I am truly thankful!