As you know, Craig and I have been gradually working on transitioning Bailey’s nursery to a shared room for her and her soon-to-arrive brother.  The first step in this process was the addition of a newly painted twin-sized bed.  After moving in the bed and rearranging the rest of the furniture in the room we were left with this. 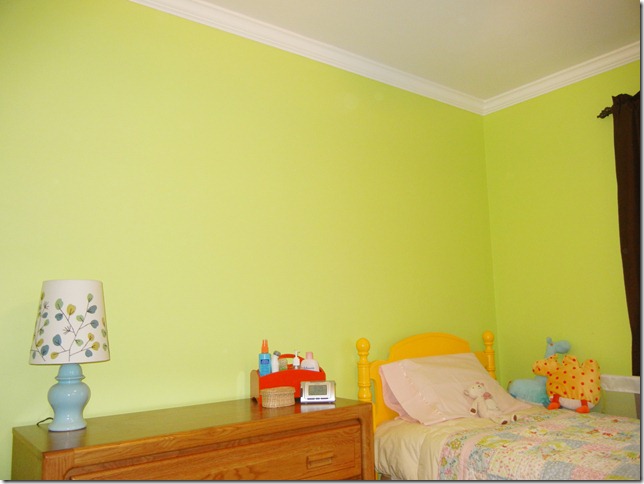 A giant, blank wall over the dresser/changing area and Bailey’s new big-girl bed.

At first the thought of filling this space was completely overwhelming.  Whatever we chose to do would have to be large enough to fill the wall while still being bold and fun enough to feel right in a kids room.  Not to mention we didn’t want it to cost a fortune. 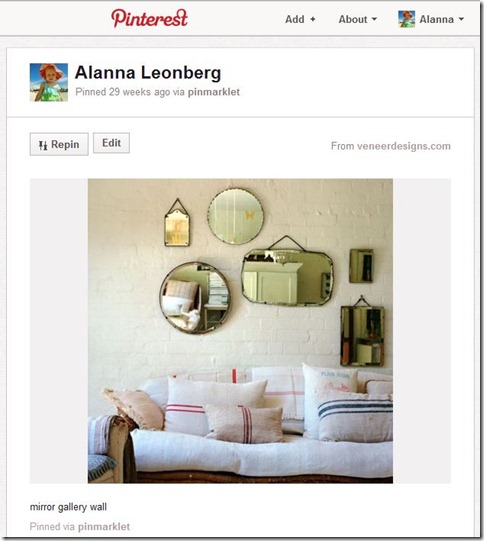 And I thought that this could be the perfect solution to the giant-green-monster-of-a-wall in Bailey’s room!

So, I covered the mirrors with newspaper and laid them out in the yard (with a block of scrap wood under each one) so that they could be sprayed with a coat or two of primer. After they were all primed it was time to divide them by their desired colors and let Craig begin painting. 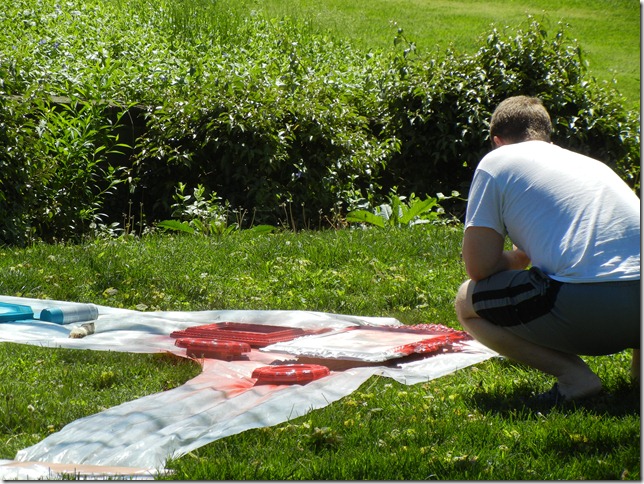 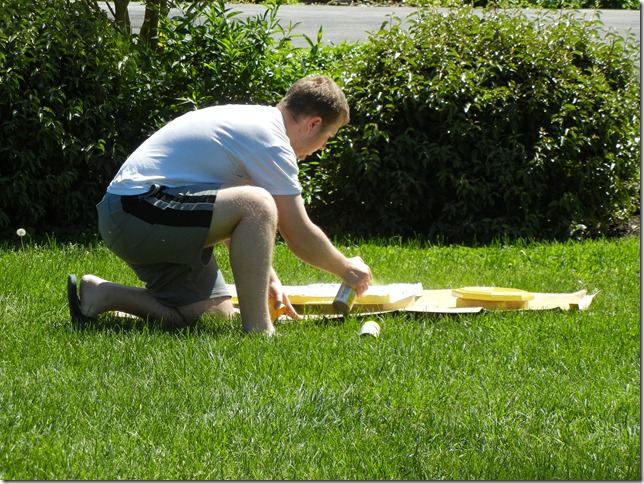 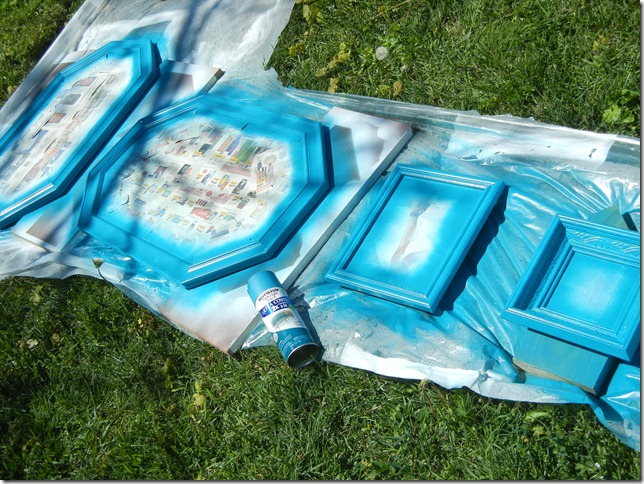 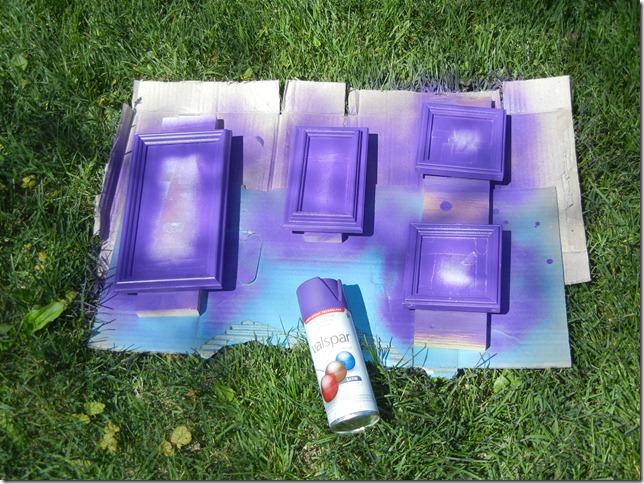 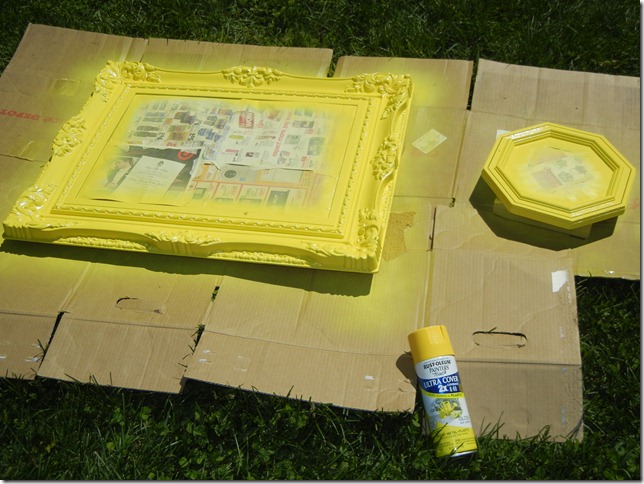 I carefully removed the newspaper and used a razor to scrape any random paint splatters off of the mirrors.

Then came the fun difficult part… deciding how to arrange the mirrors on the wall.  For this I relied on the giant stack of magazines in our recycle bin.  I cut and taped together sheets of paper to represent the approximate size and shape of each mirror.  Then I played around with the arrangement by taping them to the wall, stepping back to take a look, and adjusting things as needed. 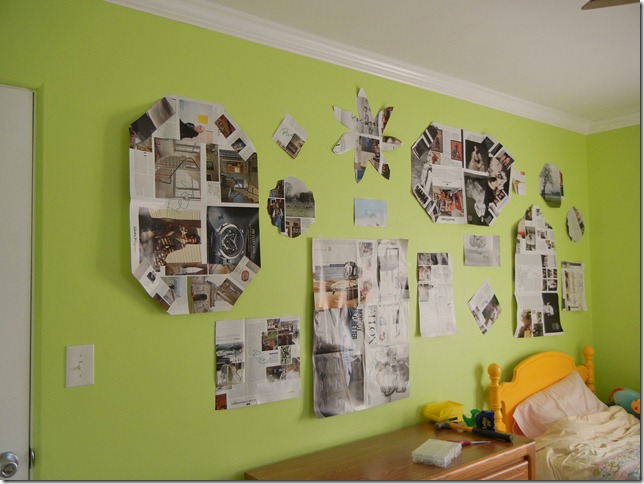 Once I settled on an arrangement I was happy with I began adding the mirrors. In the end we were left with this… 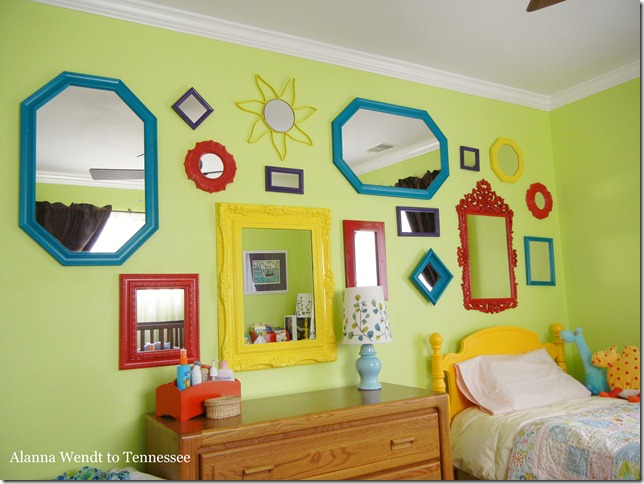 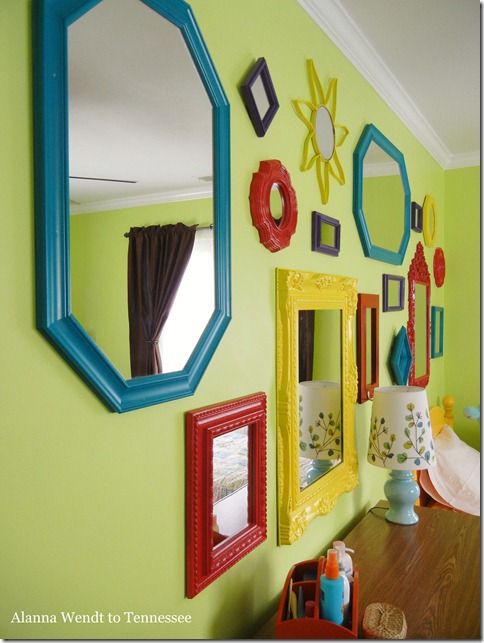 I just love the way the mirrors fill the giant void that had previously been on that wall!  Not to mention how they help to bounce the light around the room!

Not too bad for $25 worth of thrifted and yard-saled mirrors and some already-owned spray paint!  Now… it’s time to get down to business and get the rest of the room pulled together!  This baby is going to be here before we know it!

Love it!! Looks so good!

How fun and bright!!! I know the kids will love it!

I love this- such great colors for a kids room! :)