I failed to mention during my big potty training post, that during that same time we also managed to transition Bailey to a “big-girl” (toddler) bed. I was more than thrilled by this given our last, failed attempt back in June.  We hadn’t really planned to tackle this hurdle while potty training, but long story short, the side of the crib was removed, the mesh bed rail was reinstalled, and Bailey has never once climbed out in the middle of the night!  Occasionally she’ll wake up to go to the potty, but she patiently waits for either Craig or I to get up and take her before climbing out of the bed. I’m not sure what made the difference this time, but it worked and that’s all that matters!

So, in preparation for our little guy’s arrival in less than 2months (holy moley… where have the first 2 trimesters gone?!?) we swapped out Bailey’s old, crib-turned-big-girl bed for a real, big-girl bed!

We got this twin sized bed from my parents.  It is the bed that was used by two of my sisters, which makes it that much more special for Bailey.  The headboard was in good shape, but was a little discolored after being packed away in storage for 15+ years.  Thankfully that’s nothing a little primer and paint won’t fix! 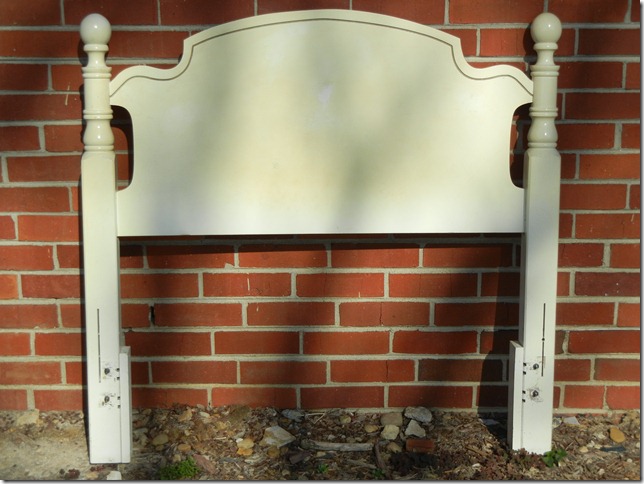 The first step was to sand it down and rough up the finish to help the primer take a better hold. 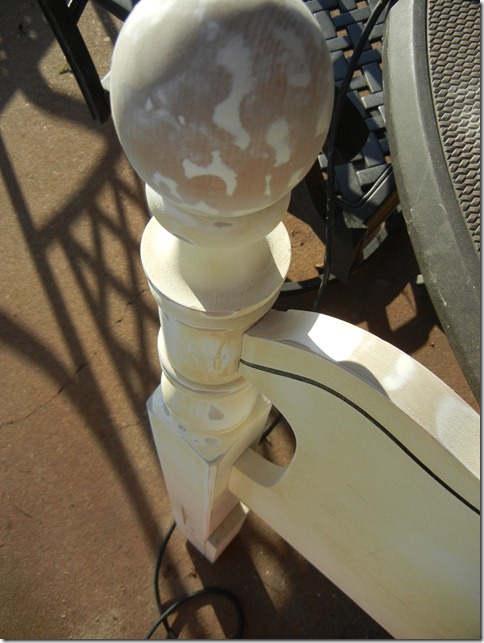 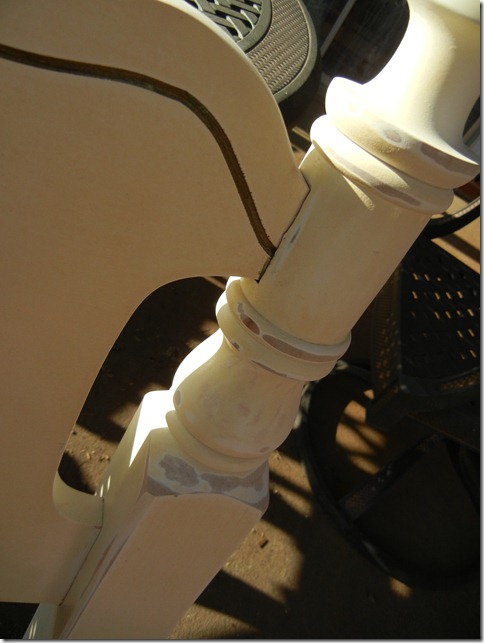 Then we used a tack cloth to wipe it down and remove all of the dust. 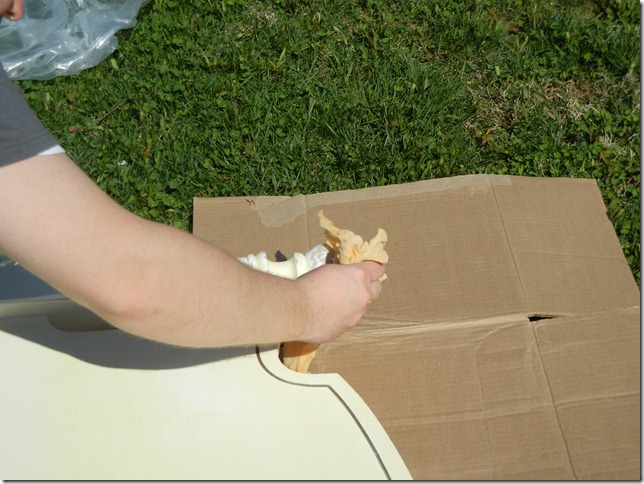 Next, we propped the headboard up so Craig could get busy priming (while I supervised from a safe distance). 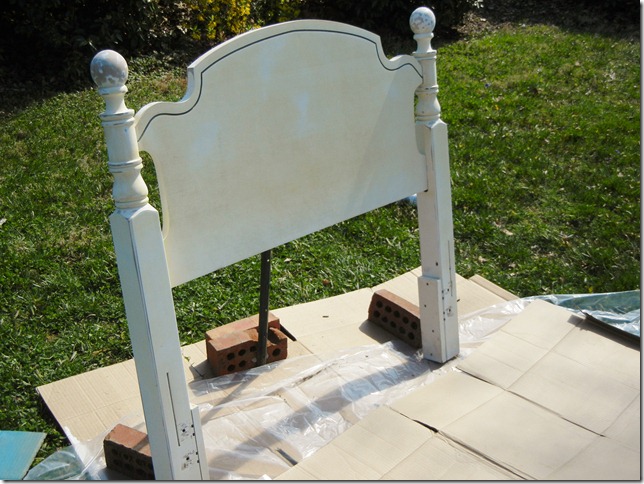 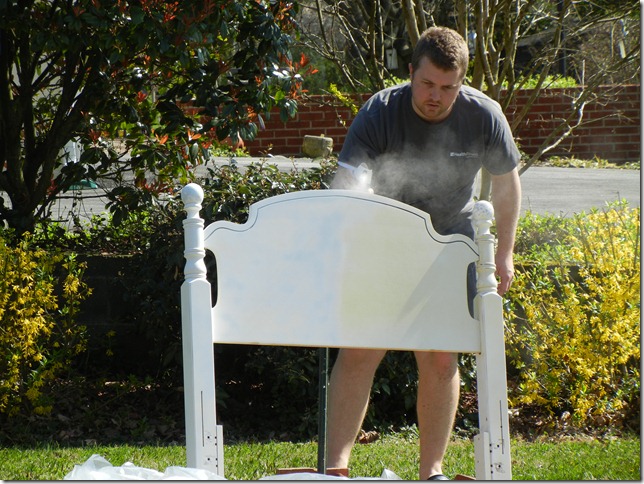 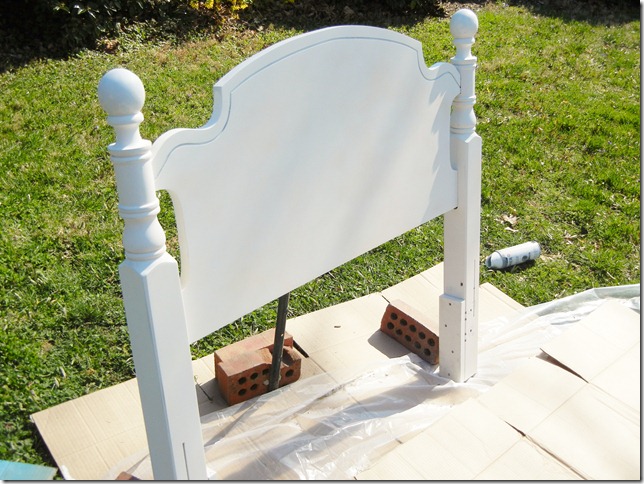 Even with just the primer it already looked 100% better.  Once all of the primer dried Craig gave it another light sanding to smooth out a couple of minor spots and then he began to apply the coats paint. 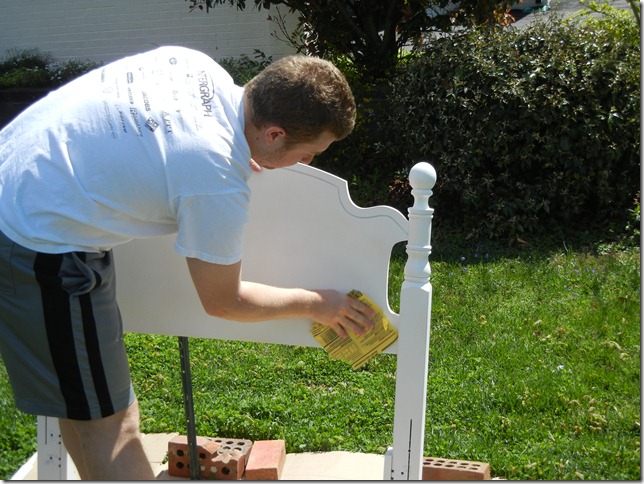 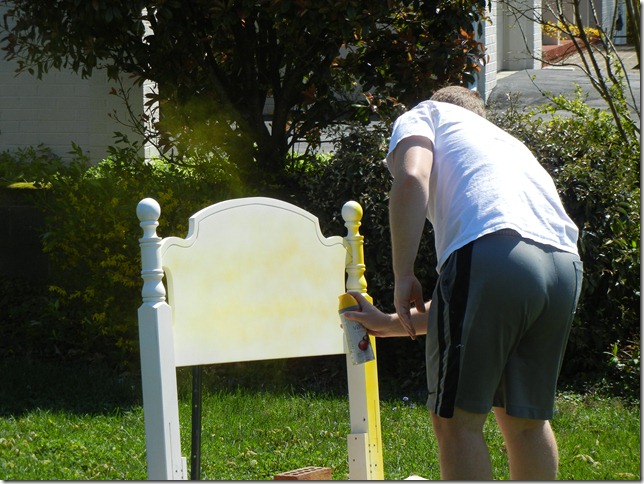 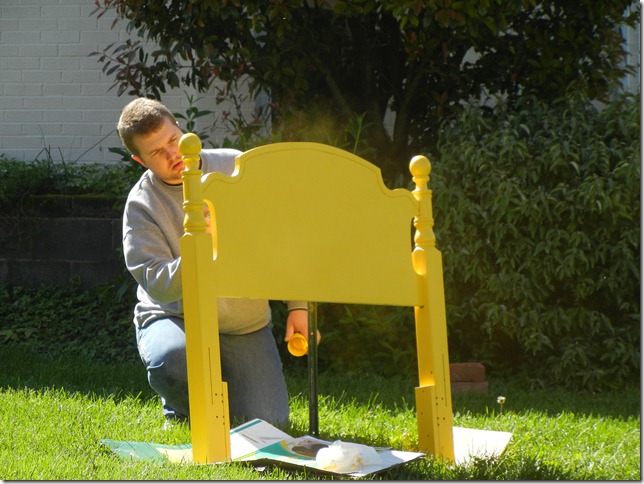 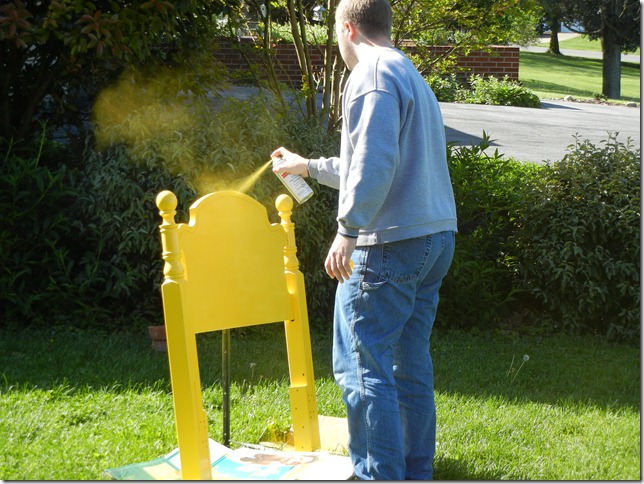 After the third and presumably final coat of paint was applied we went inside to let it dry.  When we went back out to check on it we were shocked to find a headboard that looked like this… 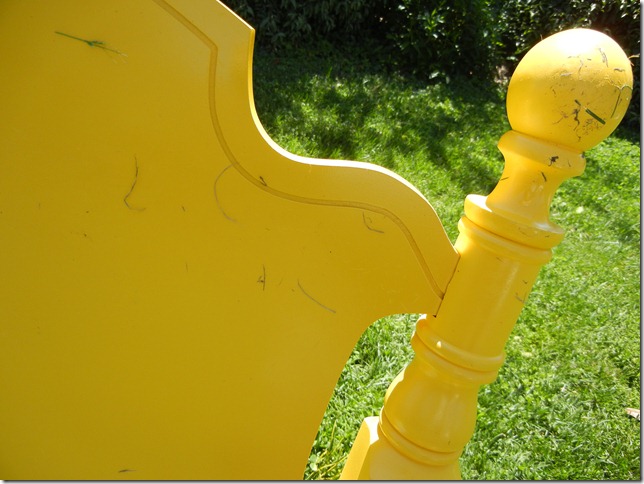 Apparently the gentle breeze outside turned into a small gust at some point, which caused the still-drying headboard to blow over into the grass.  Talk about frustrating! 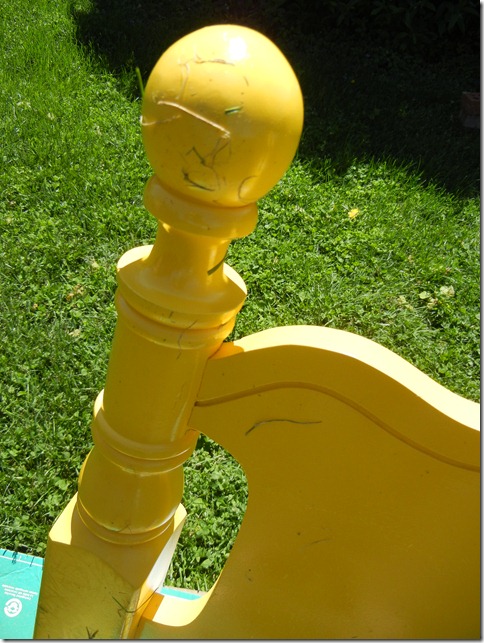 So, we propped it back up and left it to dry completely before cleaning the grass off and sanding yet again.  After this, we were ready to apply the final coat of paint… for the second time!  This time we were extra careful to prop it up in a way that would prevent it from tipping over if it became breezy. 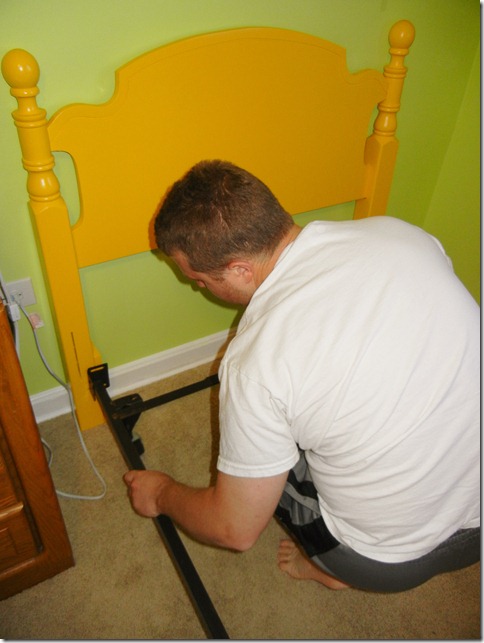 We made the bed up with a set of sheets we had lying around and threw one of Bailey’s quilts on top.  These linens probably won’t be in the room for good (not sure her future brother will approve of all of the pink), but they’ll certainly do the job while we figure out what we want long term for the room. 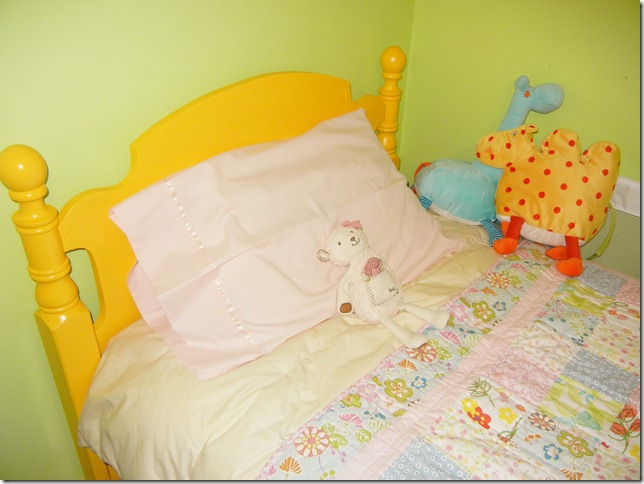 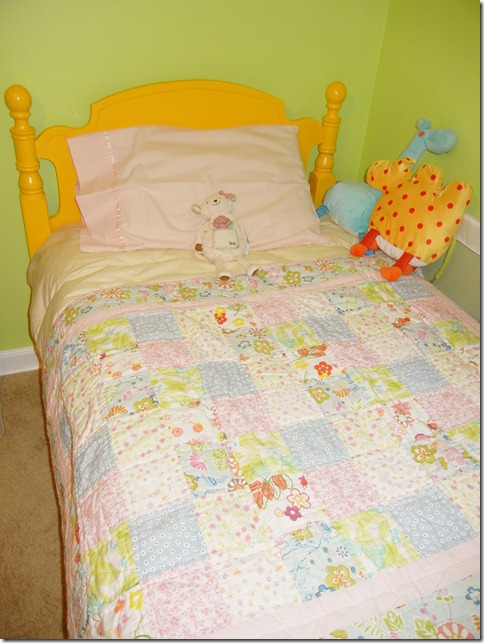 And based on the look on Bailey’s face, I’d say she definitely approves of her new, real big-girl bed! 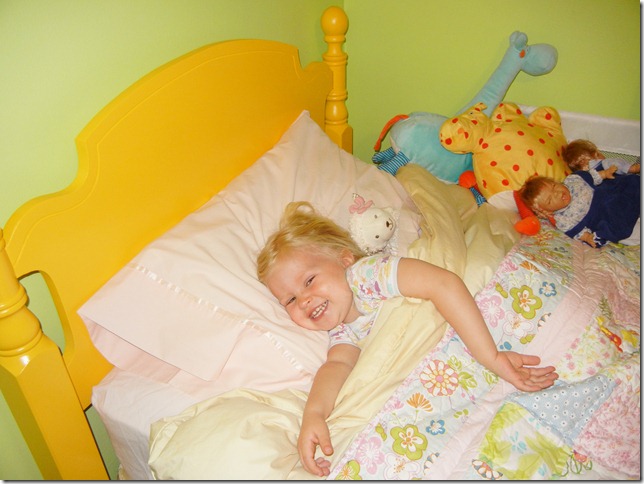 SWEET girl!
She was ready...surely that was the difference!
Way to go Bailey!

ross will be at this stage soon too :)