Craig and I decided to try our hands at making some Roman shades out of vinyl mini blinds for our kitchen/family room.  I had read a couple of tutorials that made the project seem to be pretty simple (here and here).  Unfortunately, the project turned out to be anything but simple for us thanks to a few different problems.

So here’s what we did.

After one terribly crooked attempt, I decided to leave the fabric measuring, squaring, and cutting up to my engineer husband.  He was so frustrated after our first attempt ended up crooked that he was determined to fix it and figure out how to make it work for the rest of them.  So I just stepped back and left him to do his thing. 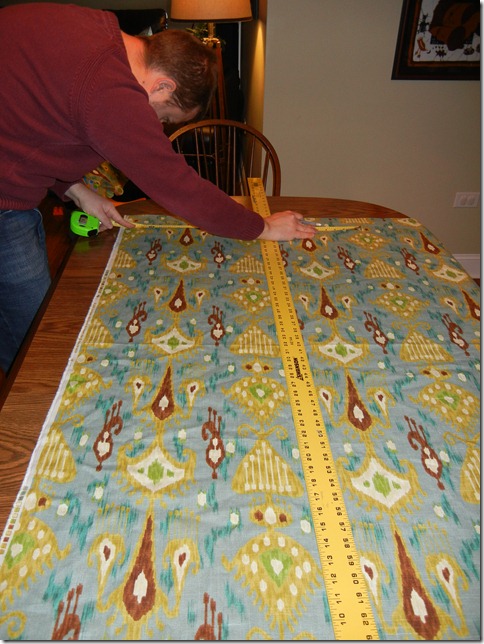 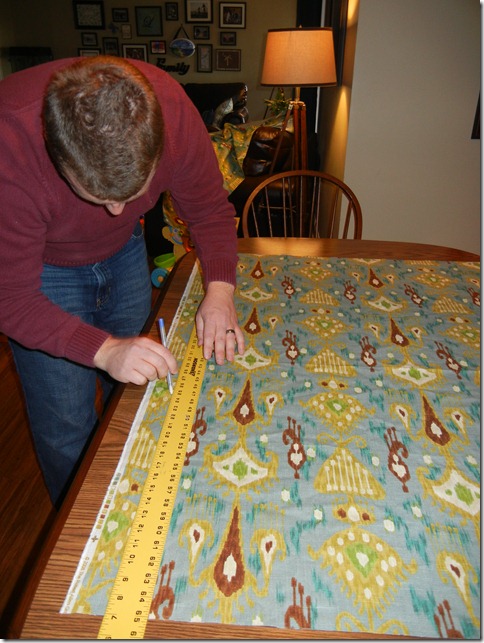 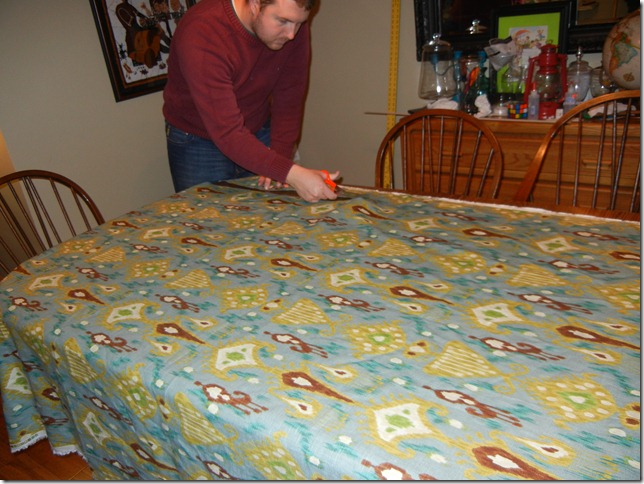 While Craig was engineering the heck out of the fabric I was busy in the other room disassembling the vinyl mini blinds. 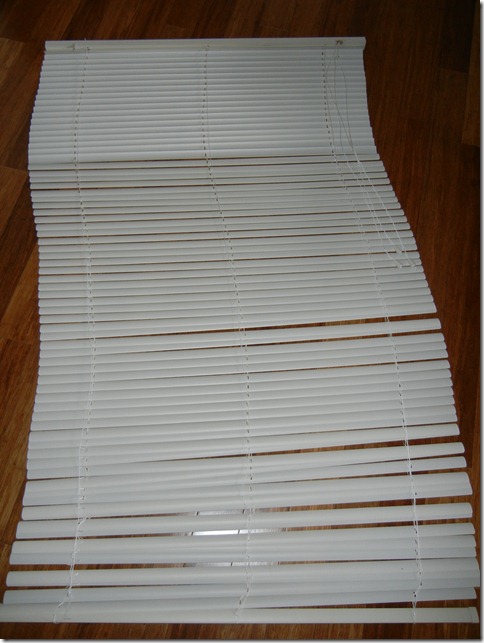 After laying the blinds out on the floor I cut and removed the lateral strings that turn the slats.  I was extra careful not to cut the thick lift cord that goes through the middle of each slat. 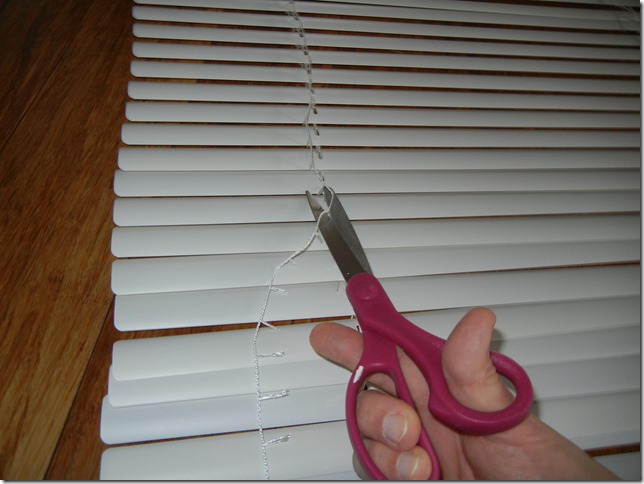 Then I removed the bottom bar and slid off the majority of the vinyl slats.  I left 4 slats for the shade to be used over the sink and 5 slats for all of the other shades. 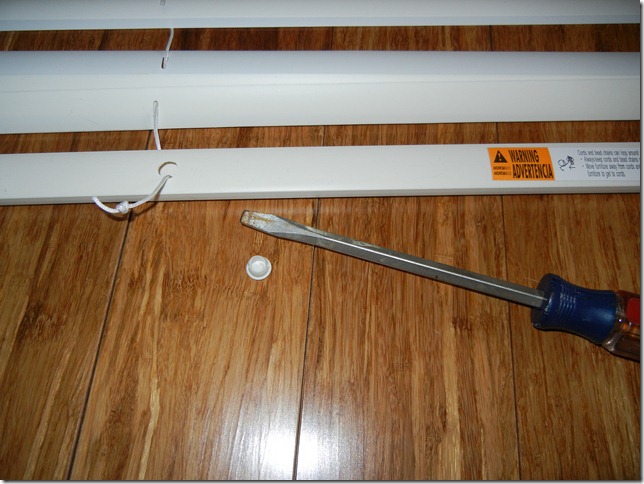 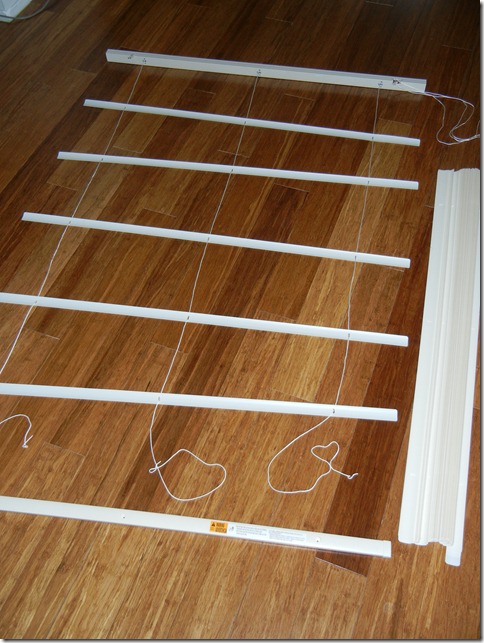 Once all of the fabric was measured, cut and hemmed we laid the vinyl blinds out on the fabric and marked where we needed to glue each slat.  We decided to glue a slat every 10 inches. (Notice how the bar doesn’t go all the way to the edge of our fabric?  That’s thanks to problem #2 listed above.  I’ll talk about how we addressed that in a minute.) 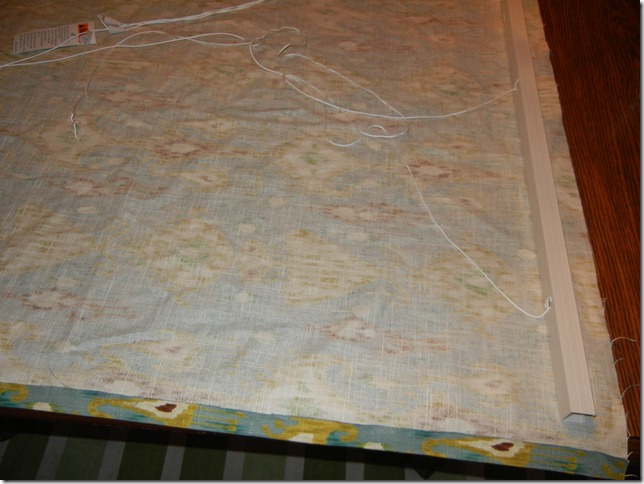 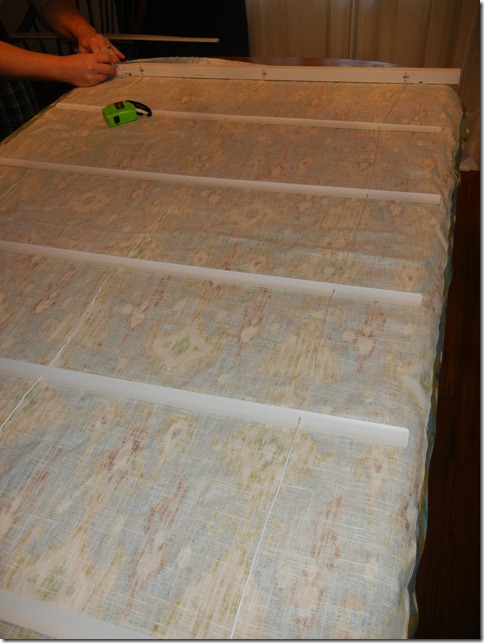 After making all of our marks we began gluing the top and bottom bars and slats in place using fabric glue.  We placed the glue on the convex side of the vinyl slats 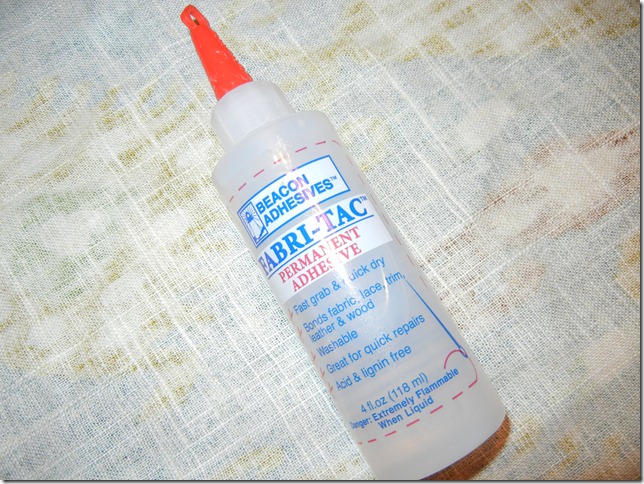 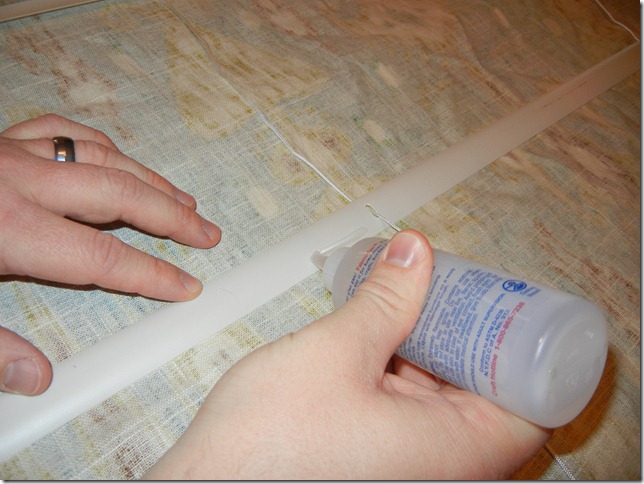 Once all of the slats were glued in place we cut several of the leftover slats into 6 inch pieces.  We then glued these pieces to the ends of the existing slats and bars which basically extended their widths that they ran all the way to the edge of the fabric. 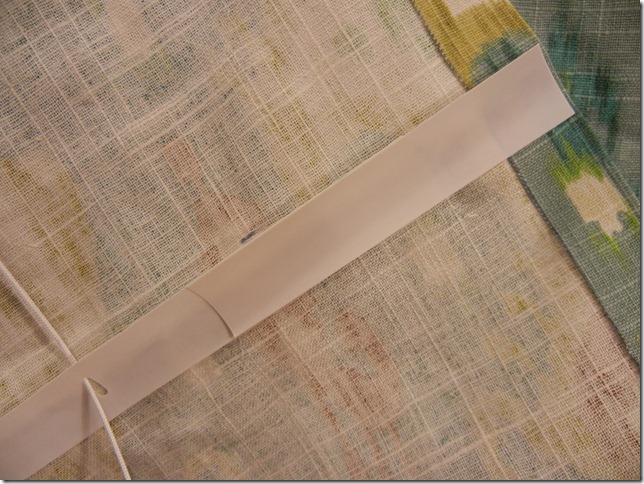 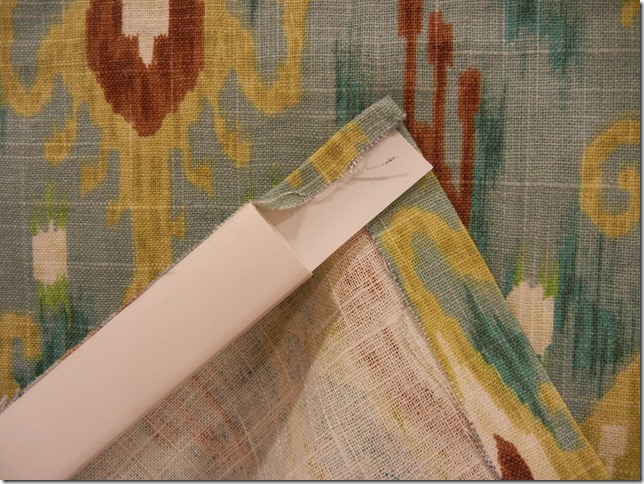 Then after letting the glue set for a while Craig mounted the shades to the wall 6 inches higher than the window trim (to create the illusion of taller windows). 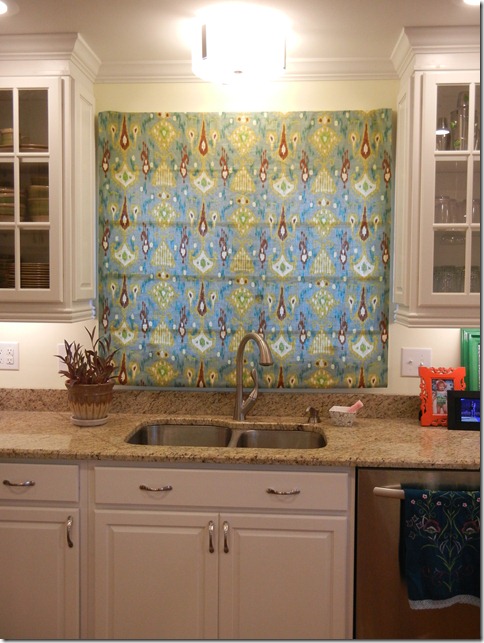 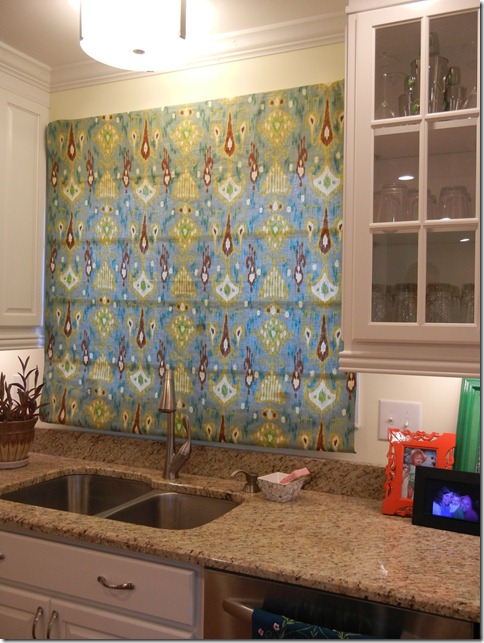 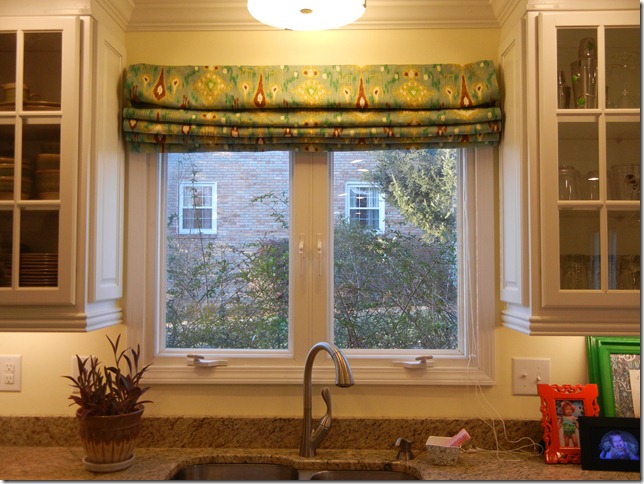 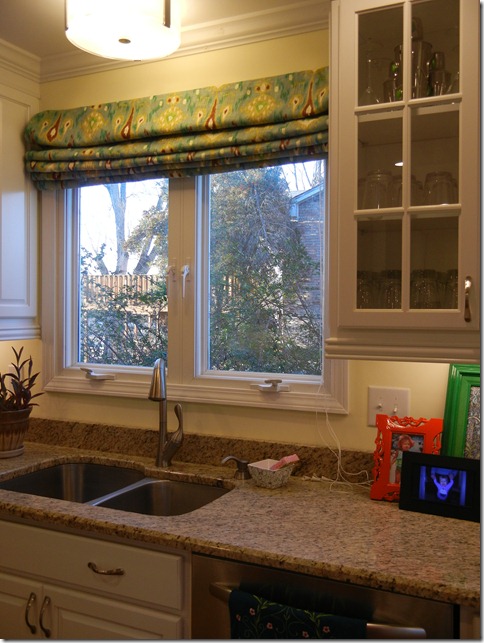 All in all, I think the finished products turned out great!  What do you think?

ha! there's a funny story behind that. we looked for months and couldn't find anything in tn that we agreed on. so when we were in clover for the holidays we went to mary jo's in g-town and the only fabric in the entire place that craig liked was this one. he had no idea it was the same fabric yhl had or that they had also bought it at mary jo's until i told him. but he really liked it and insisted we get it anyway.

Hahaha that is funny! Mary Jo's is the best, and it really is beautiful fabric! Good ol' Craig!

I meant to comment long ago . . . I'm sorry!
The shades look incredible! I've always wondered how it could be done!

And how funny how involved Craig is at picking out fabric! I believe Grady would have zoned out on that conversation at the word "fabric." :)