Guess Who Had a Birthday! 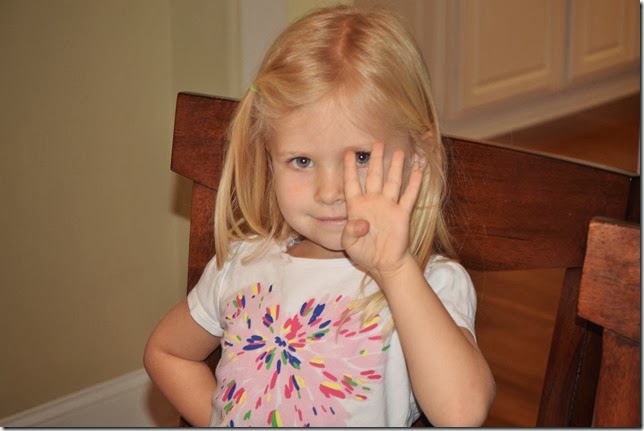 And when asked what kind of party she wanted to have she firmly stated that she wanted a “rainbow party… just like my birthday party last year.”  Who am I not to give the birthday girl what she wants, right?  So a rainbow party it was! 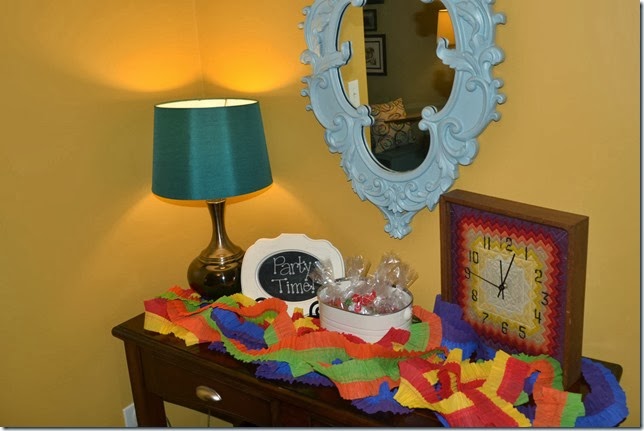 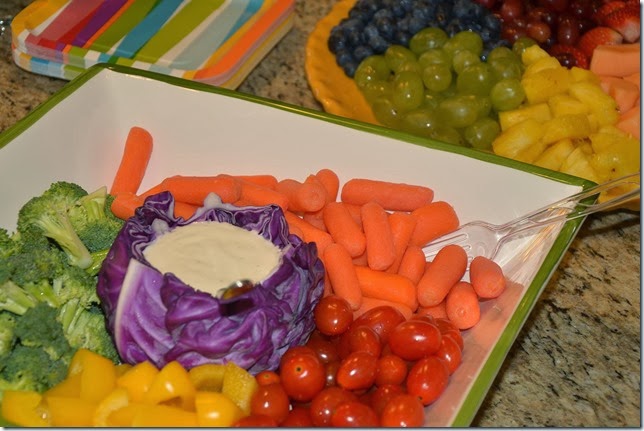 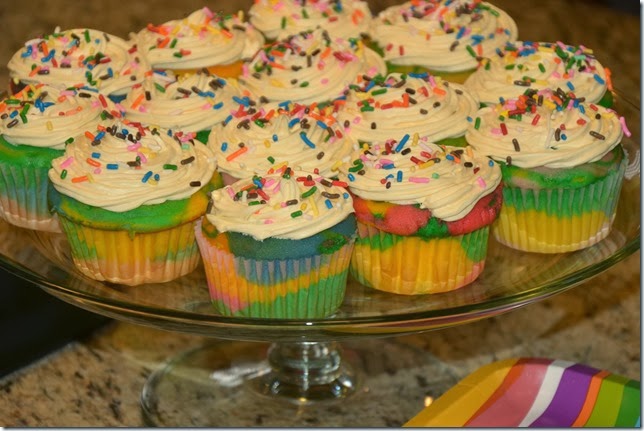 Luckily, I don’t think any of the kids seemed to mind the repeat of last year.  They all seemed pretty pleased with the decorations and menu.  Especially this little guy! 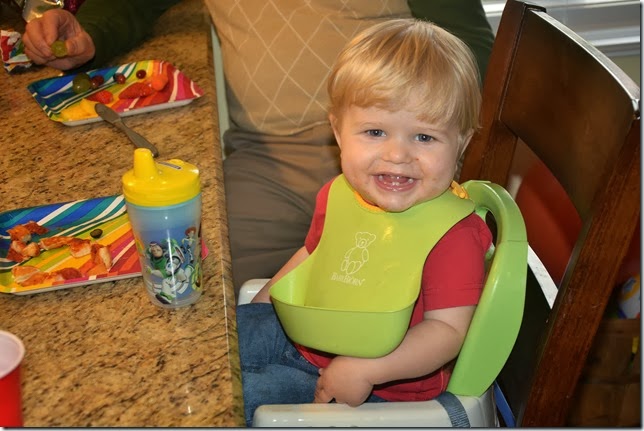 But there was one big difference between last year’s party and this year’s.  The weather!  This year it turned out to be 70+ degrees instead of the usual 30+ degrees we're used to.  So the party was able to spill outside, which we’ve never been able to do before.  And I’ve gotta say, it was pretty darned nice to be able to do the cupcakes, presents and playtime outdoors. 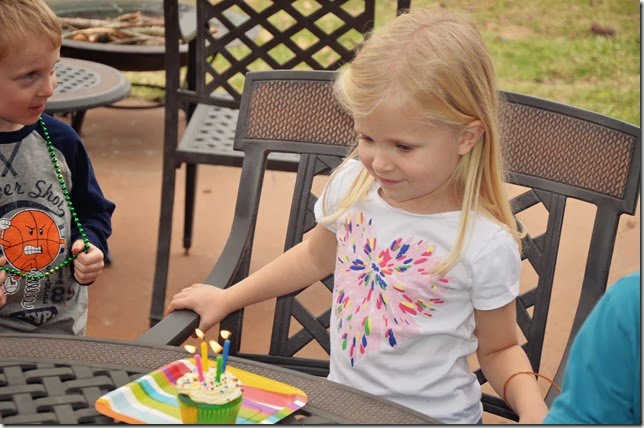 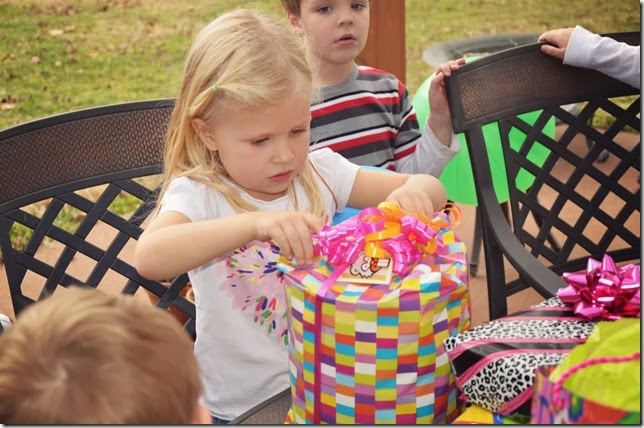 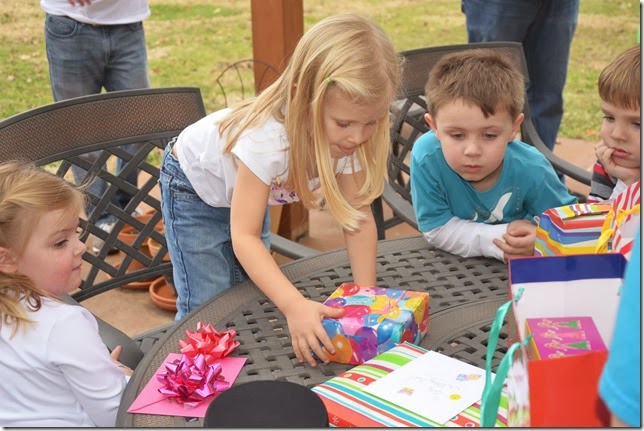 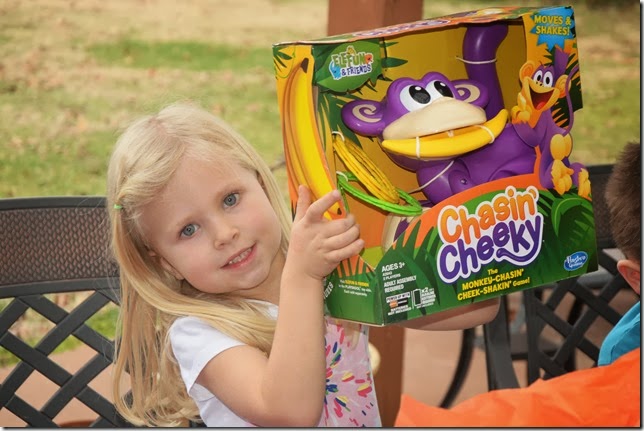 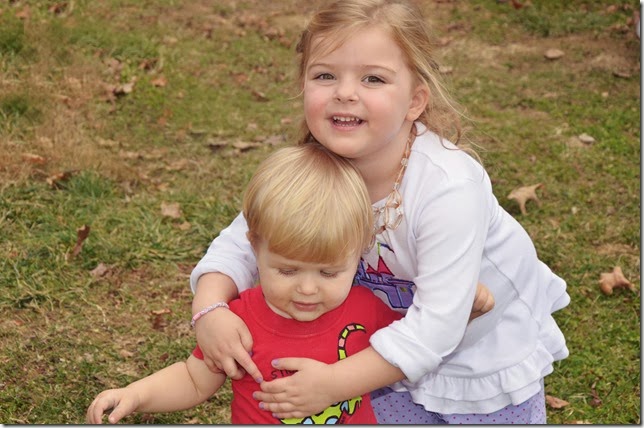 In addition to the overall rainbow party theme, Bailey requested a photo booth be set up.  And I was super excited to be able to set one up outside for her just like at Owen’s party.  The kids seemed to really enjoy dressing up when they first went outside.  Unfortunately, by the time the adults (and cameras) all made it outside, their 4 and 5 year old attention spans had pretty much moved on to other things.  But we did still manage to get a couple of dress up shots. 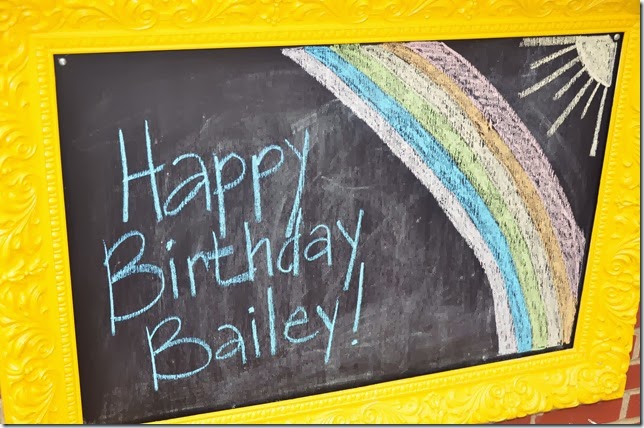 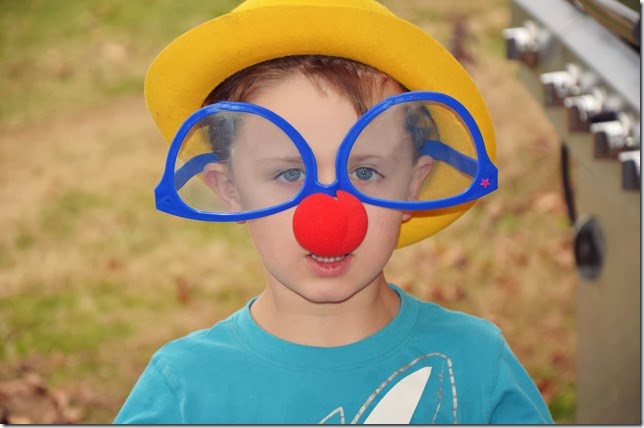 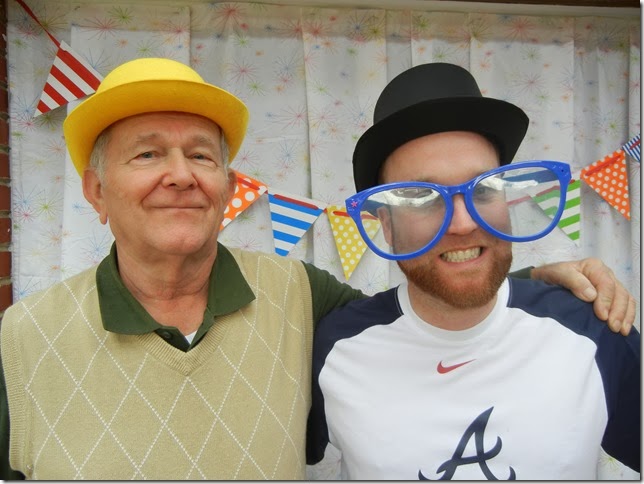 The kids (and adults) all really seemed to enjoy themselves and Bailey was over-the-moon excited to have so many of her friends at the party.  It’s hard to believe that she’s already 4!  And I know that 5 will be here in the blink of an eye.  Happy birthday Bailey!  We love you to the moon and back!