I could hardly believe it a couple of years ago when Bailey turned 1 and now that it’s Owen’s turn… well… I still can’t believe it!  It’s definitely been a big year in our household.  A year full of ups and downs and twists and turns.  A year filled with growing and learning for everyone.

Earlier this week we went to the pediatrician for Owen’s 12 month well check.  Dr. Reinhardt was very pleased with the progress he had made since his 9 month visit.  His measurements (listed below) were a marked improvement given that most of his percentiles had virtually doubled!

So, let’s now talk about how the last year has gone and where Owen is at this stage. 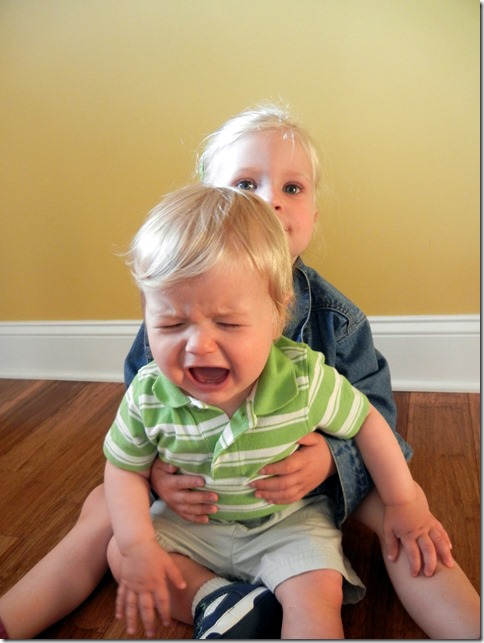 Life with two kids has definitely been an adjustment.  But I’ve got to admit, it’s not really due to any mal-adjustment, jealousy or fighting on the kids’ part… it’s totally due to faults with Craig and I.  We completely underestimated just how organized we would need to be.  It took us a little while to figure it all out, but I think we’ve finally hit our groove.

It is such a joy to see Owen and Bailey interact.  Bailey loves to teach Owen new things and Owen loves to be at Bailey’s side.  With the exception of the occasional spat (usually spurred on by tiredness) they are each others favorite person! 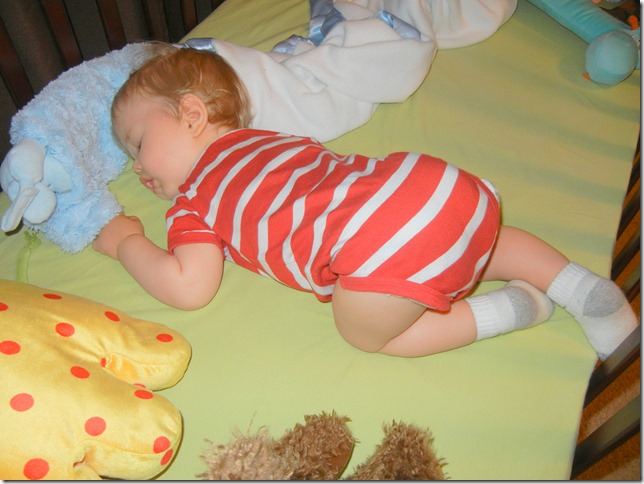 Owen is miles ahead of where Bailey was at this age.  At this stage, Bailey was still waking multiple times a night and working herself into a complete fit (thankfully, these issues with Bailey were conquered a long time ago).  Owen, on the other hand loves to go to bed!  In fact, he demands it.  If he’s not in be by 8:00 you can tell he’s not happy.  And when given the opportunity he’ll sleep 11-12 hours at night.  This on top of his two 1-2 hour naps during the day makes Owen a very happy boy!   In the last 3 months the bedtime routine with Owen has become so simple.  We can put him in his crib wide awake and within a minute or two he lays down and drifts off to sleep.  This was never even imaginable with Bailey. 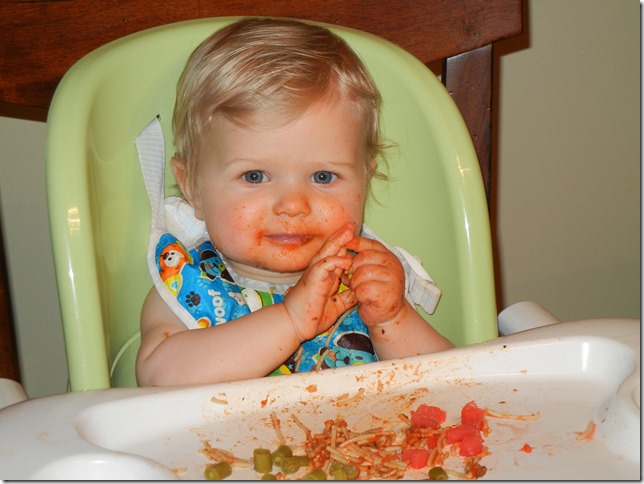 Oh my goodness… Owen is such a great eater!  He has never had any issues with reflux or gagging.  Yet another stark difference between him and Bailey.  I’m not sure if this is in part due to the fact that Owen was breastfed where Bailey was formula fed.  But no matter what the reason, I’m very please about it.  Owen has been eating nothing but table foods for about 3 months now.  Rarely do we fix him anything different than what the rest of us are having to eat.  It’s hard to say what his favorite food is since he seems to eat most everything pretty well.  But he seems to really like watermelon, turkey, pancakes, peas, pizza, pork chops and pasta.  I’m constantly amazed at the foods he can eat… especially given the fact that he only has 3 teeth (2 on the bottom and 1 on the top).

Owen gave up the bottle almost a month ago and transitioned smoothly to taking milk in a sippy cup.  He still nurses once a day (just before bedtime), but his and my interest in this is beginning to fade.  After my failed breastfeeding attempts with Bailey, I’m especially pleased with how the experience with Owen has gone.  It was a lot of work breastfeeding while working full-time, but totally worth it.  And it gives me such a sense of accomplishment to know that I was able to do it for as long as I was. 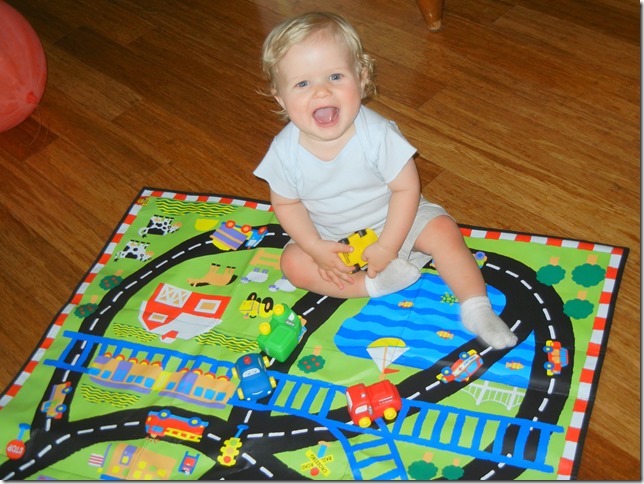 Owen continues to be such a joy!  He plays well… both independently and with other kids.  He wants to do everything that Bailey does.  He absolutely idolizes her!  He is still only saying 3 words—mama, dada and bye bye.  Although his vocabulary remains the same as 3 months ago, he’s definitely able to communicate with us.  He nods, gestures and even does some signs.  Occasionally he’ll manage to wave bye bye, but this doesn’t usually happen at the appropriate time.

When it comes to baths, or water in general, Owen is a little fish.  He can’t get enough of it.  In fact, we have to be very careful because he goes right for any body of water he can see.  He loves taking a bath and playing in the tub with Bailey.

As far as movement is concerned, not a whole lot has happened since my 9 month update.  Owen’s still crawling and pulling up on things.  He will stand at the edge of the coffee table and “walk” around holding on.  He won’t stand on his own or try to take any steps.  He won’t really even try to walk when holding on to our hands.  He’s in absolutely no hurry to go anywhere.  He’s just a laid back, easy going little guy!

I can’t say enough just how different the first year of Owen’s life has been when compared to Bailey.  Every single thing has been different.  But that’s the beauty of it I guess… we never know what to expect from him and are often surprised.  We savor every second of it.  And each experience feels brand new since he’s doing in a way that’s a little different than his sister.  What an exciting first year… can’t wait for the second!