This past weekend we celebrated Bailey’s third birthday (check out her first and second birthday parties too)!  I tried to keep things as simple as possible by sticking with a rainbow theme, where pretty much anything bright and colorful would go.

I whipped up these cheerful invitations to go along with the rainbow theme and then printed them on card stock left over from my sister’s bridal shower earlier this year.  Waste not… want not, right? 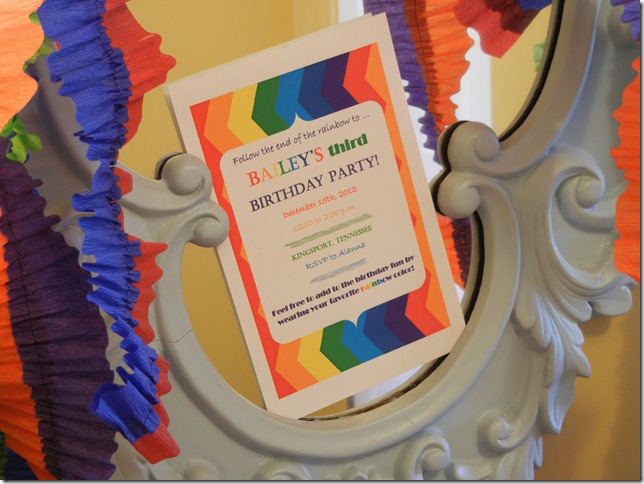 The foyer, dining room and kitchen were all decorated with these fun, rainbow-colored streamers that I made (thanks to a little inspiration from my friend Holly).  They were so super easy to make and I plan to reuse them at future celebrations. 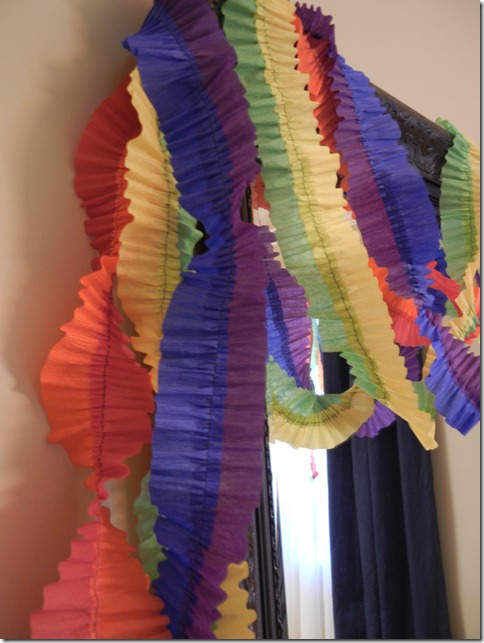 Since the most important people at the party were going to be two and three year olds I tried to have a few different play zones scattered throughout the main living areas (you know… to try to keep the kiddos from destroying playing in Bailey’s room).  I pulled out the rainbow-colored blocks and set them out in the living room. 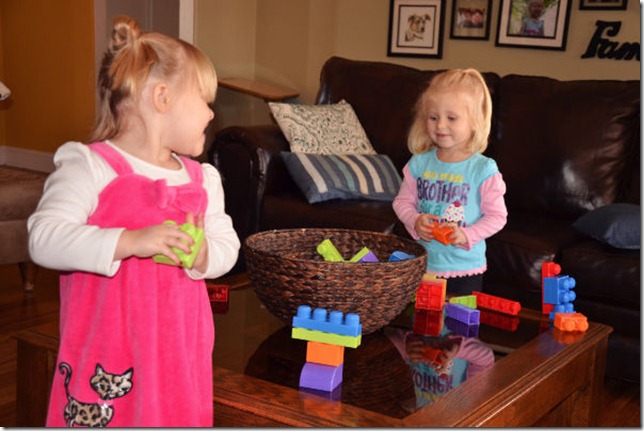 In the dining room I covered the table with white craft paper, which the kids were free to color on.  And color they did! 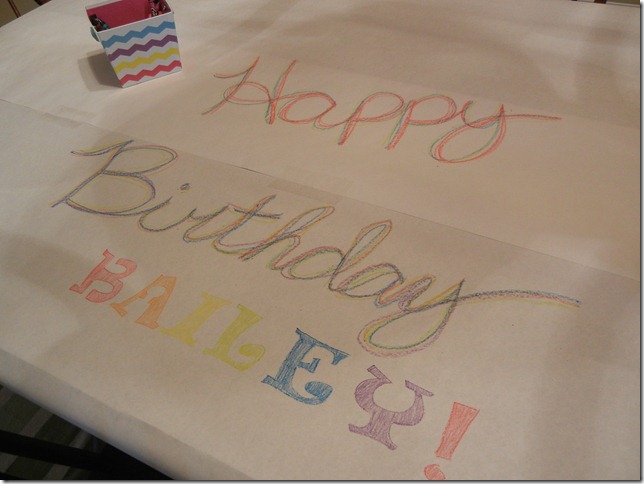 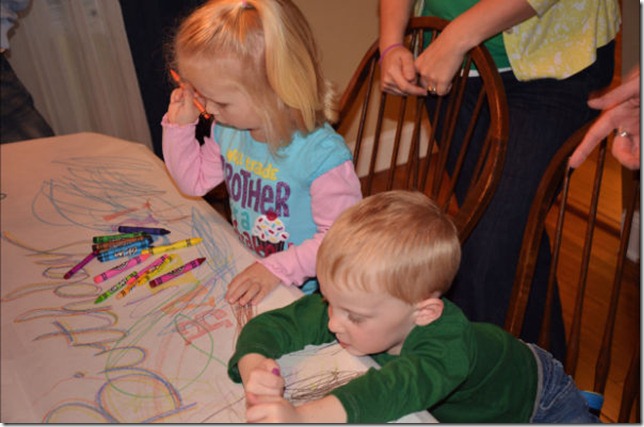 The food at the party consisted of pizza (requested by Bailey), rainbow-inspired fruit and veggie trays, and rainbow tie-dye cupcakes (recipe found here)! 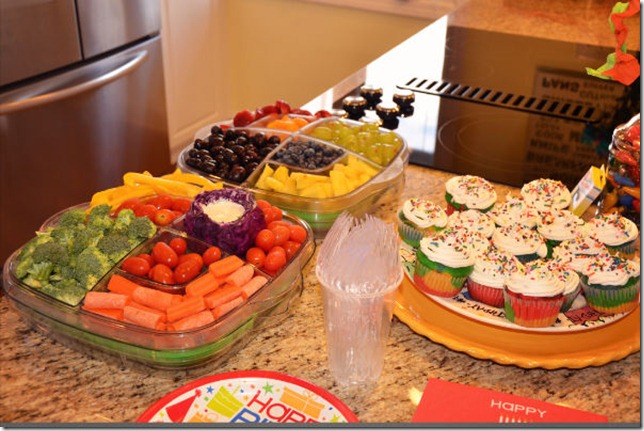 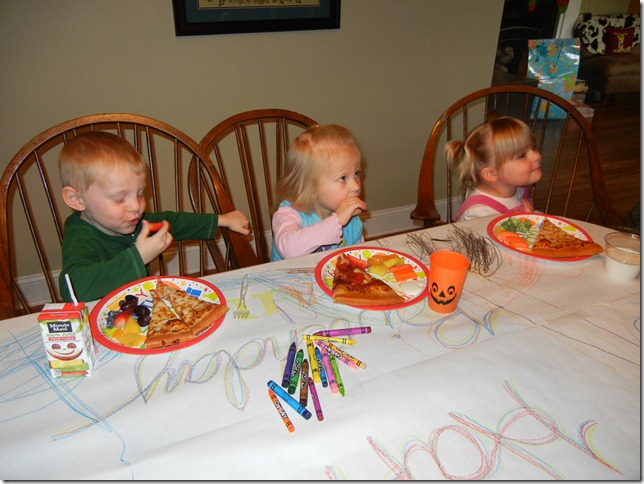 The kids all seemed to be BIG fans of the spread, especially when it came to the cupcakes! 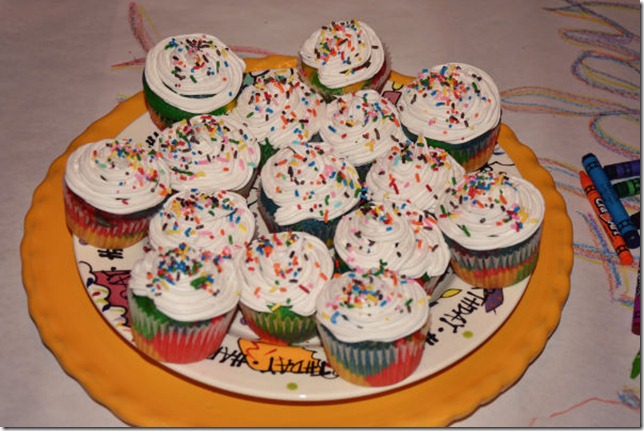 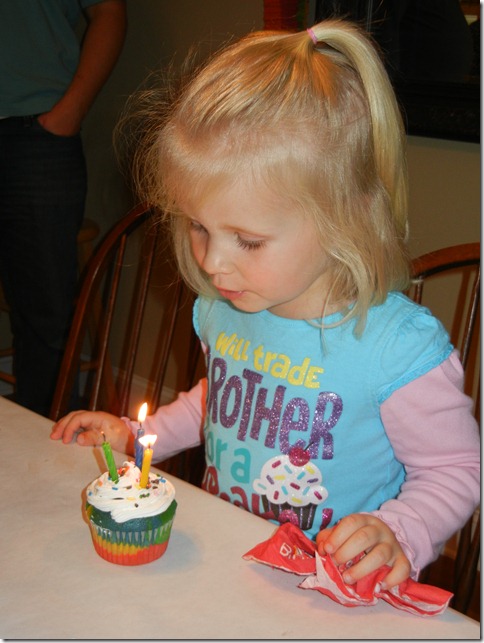 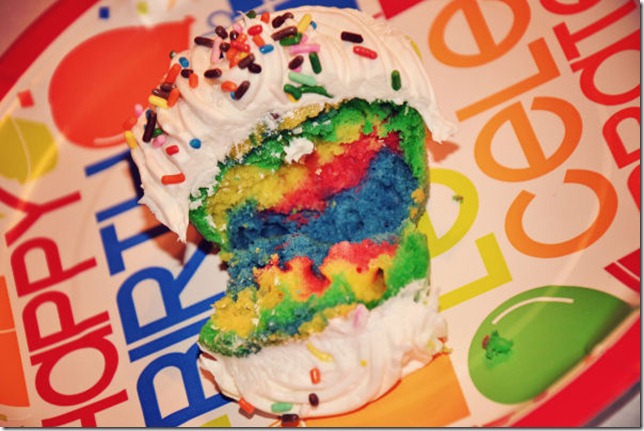 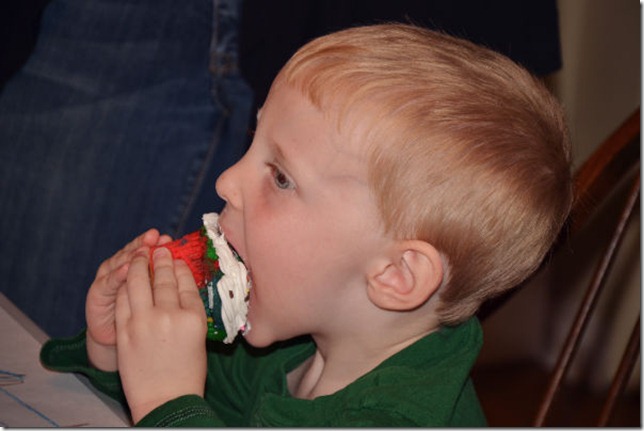 After eating the kids were invited to make a toddler-friendly tie-dyed t-shirt following this tutorial. 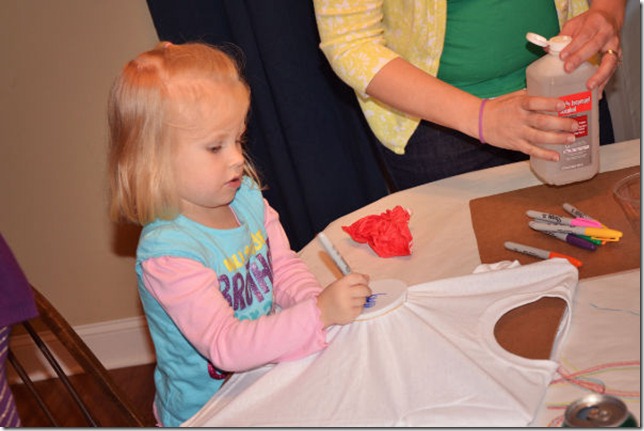 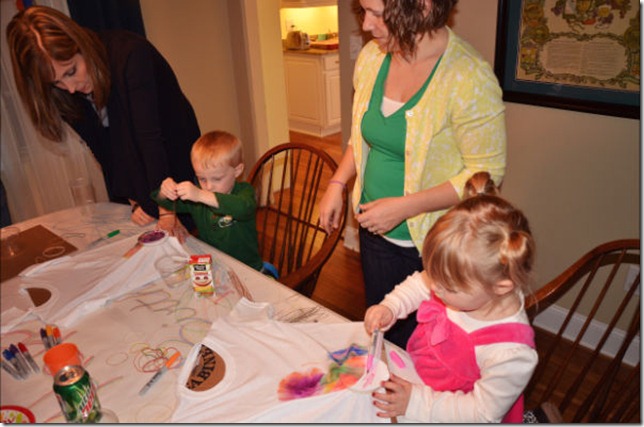 They all seemed to enjoy the activity, but it proved to be a little more time-consuming than their two and three year old attention spans could manage.  So, we moved on to the presents.  Naturally, many of the presents had to be tested (for quality assurance purposes) as soon as they were opened! 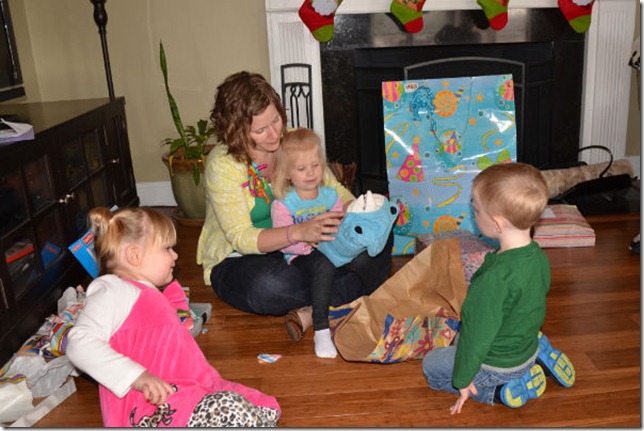 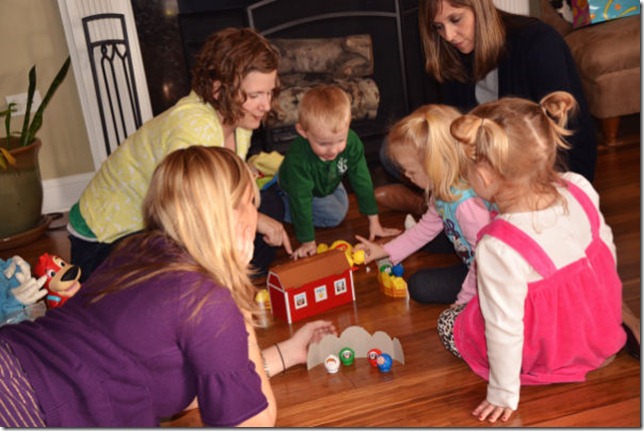 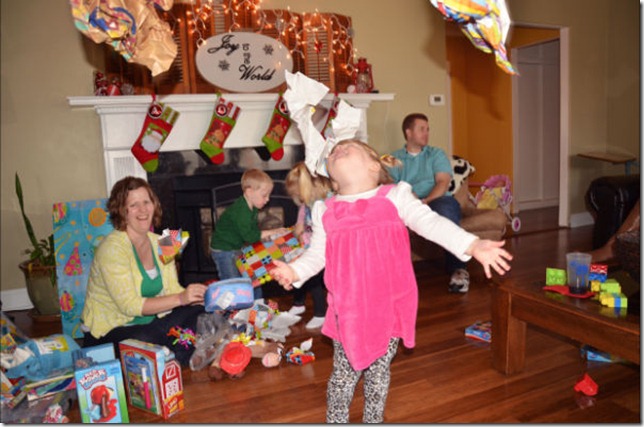 Even sweet Owen enjoyed getting in on the wrapping-paper-playtime-fun! 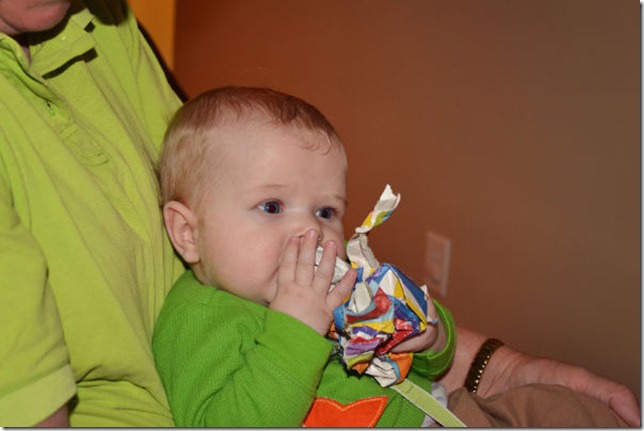 As they left, the kids were given favor bags filled with candies that fit right in with the rainbow theme. 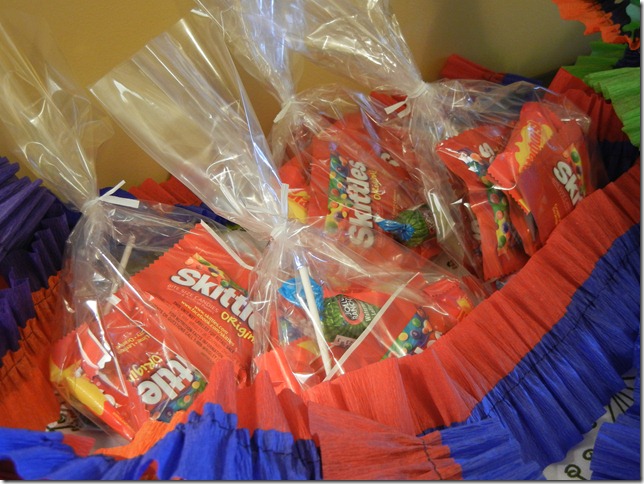 But as great as the favor bags were, by far the best part of the day was Bailey getting to spend some time with her two most favorite people… her BF (as in boyfriend) Colin and her BFF Maelen! 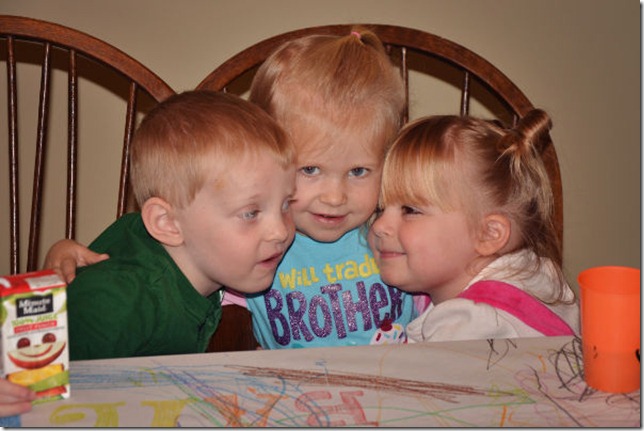 Happy birthday sweet girl!  I love you to the end of the rainbow and back!