I can’t believe another month has already flown by.  Honestly… where does the time go?

Owen is growing so fast and is developing such a little personality!  He is constantly smiling, laughing, and cooing.  I had almost forgotten just how sweet this stage of baby-hood can be.  I absolutely love it!!!  And it makes me want to hold on to each and every second of it for as long as I can! 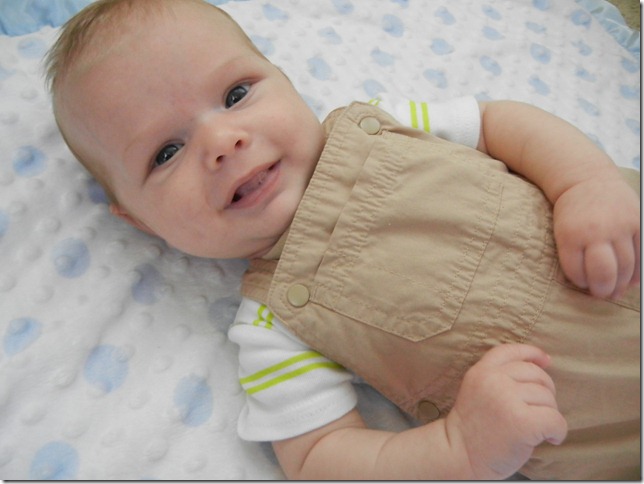 At Owen’s 2 month pediatrician visit last week he weighed 11 lbs. 8 oz. (25th percentile) and measured 23 1/4 inches long (55th percentile).  It’s hard to imagine him being in the 25th percentile on weight considering his weight when he was born.  But as long as the doctor isn’t concerned about it neither are we. 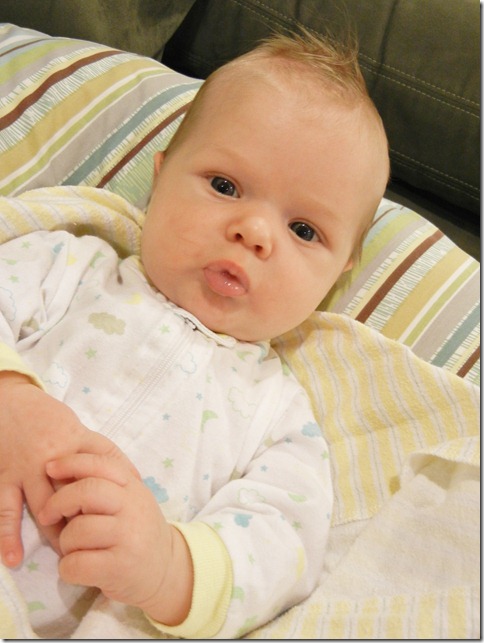 So far, Owen eats and sleeps like a champ!  Seriously, he deserves a trophy or something for it!  We haven’t had any of the feeding or sleeping problems that we experienced with Bailey (although I may have jinxed myself by typing that just now).  He nurses well, rarely spits up, and always seems satisfied after a feeding.  He’s a typical man… as long as his tummy is full he’s happy! 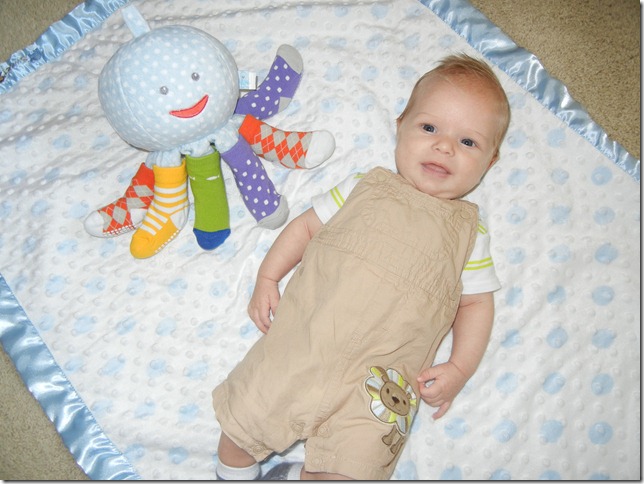 Owen has experienced a couple big transitions in the past few weeks (since his 1 month post).

The first big transition was his move from the portable crib in our room to the crib in his shared bedroom with Bailey.  We decided to do this when he was about 6 weeks old (right before I went back to work) and I’m happy to say that from day one both he and Bailey have both been very satisfied with the arrangement.  Bailey absolutely loves that Owen goes to bed alongside her.  And Owen seems pretty darned happy that Bailey sings lullabies to him each night as they lie in their beds!  I swear… it is the sweetest thing ever to listen to over the baby monitor!  Makes my heart melt just thinking about it!  So, I’d definitely call the whole shared room thing a win! 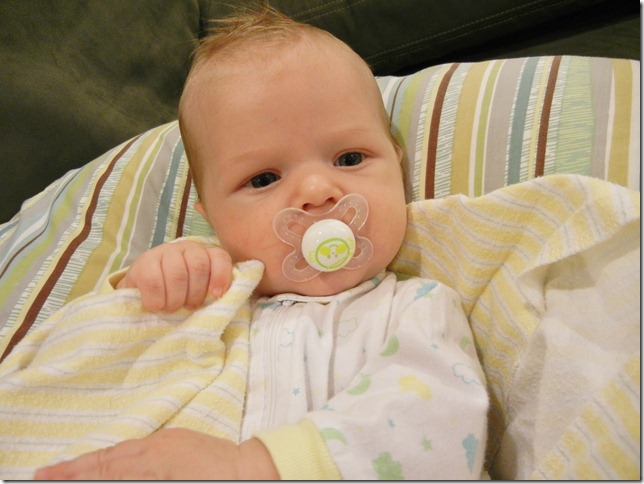 The second big transition for Owen also took place when he was 6 weeks old.  At that point I went back to work and Owen started at the daycare.  Fortunately, it’s the same day school program (with the same wonderful teachers and staff) that Bailey has been a part of since she started at 6 weeks old.  Oh, and did I mention that it’s next door to my office so I can drop by any time I want?  Talk about a bonus!!!  So far he seems to really love it.  And all of the ladies there seem to really love him too! 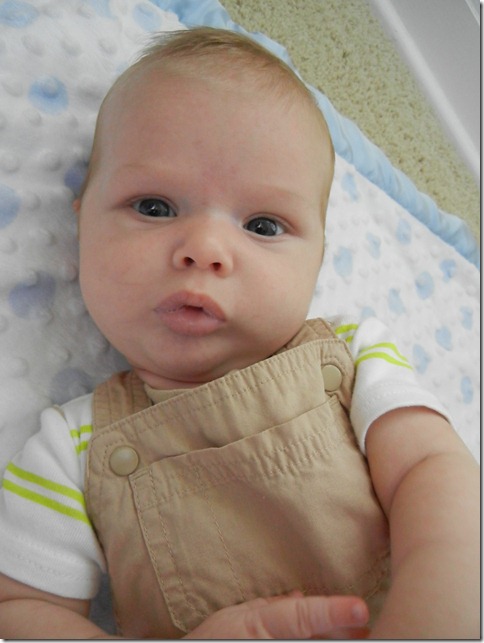 Adjusting to life with two kids has definitely kept us busy so far, but we seem to be working our way through it just fine.  I think the fact that we have a little bit of experience under our belts and that we tend to be fairly laid back parents helps.  Not to mention the fact that Owen just seems to be an easy baby overall (again… I probably just jinxed myself).

Sadly though, time seems to be passing so much faster with Owen than it did with Bailey.  Ridiculously fast!  Owen is one of the three great loves of my life and I cherish each and every moment with him!

Love this! Spoken like a good mommy! We MUST get together! Linds, you too! Maybe we need to renew our vows and get you both in! I love reading about sweet babies and knowing my friends are being the best of parents. Linds, I know you will be showing us both up as soon as Avery is here.

beth, you are too sweet. YES we do need to get together... i know bailey would love to play with your sweet boys.

He's so handsome! I WANT to meet him!

He's so handsome! I WANT to meet him!

Ok, not sure why my comment posted twice or why my name was spelled wrong... Oh well!

How wonderful to hear about the shared room! I have waiting to see how that went!! That's so GREAT!! I can't wait to meet him!!!

How wonderful to hear about the shared room! I have waiting to see how that went!! That's so GREAT!! I can't wait to meet him!!!