Every summer the city of Kingsport hosts a week-long, city-wide festival called Fun Fest.  Basically, every day during the week of Fun Fest different events are held all over the city.  The best part is that most of the events are family-friendly and free… two of my favorite words!

Unfortunately, the timing of Fun Fest has never really worked out well for us in the past.  So, we were very excited this year to get the chance to check out one of the festival’s largest attractions… the hot air balloons!

Every year, one of Kingsport’s busiest streets is shut down to make room for dozens of hot air balloons (from all over the South East) to be set up and launched over the skies of Kingsport.  Unlike other hot air balloon rallies I’ve been to in the past, this event was unique in the fact that the public is not only invited to come out and watch, but they are welcome to touch the balloons and even climb into the baskets for pictures.  While Bailey wasn’t quite brave enough to climb into one of the balloons, she still seemed to really enjoy herself! 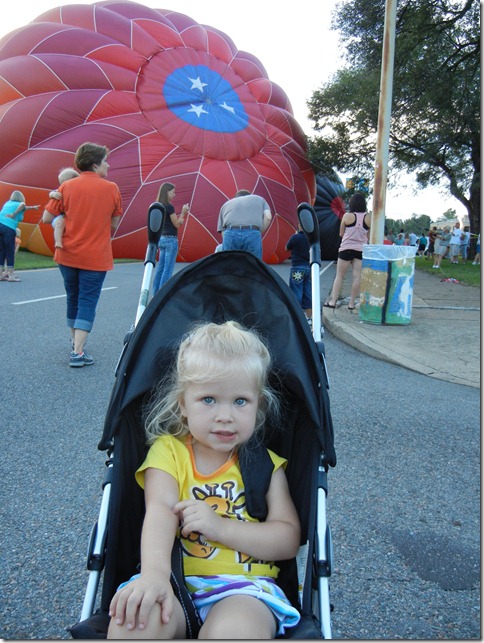 We spent a couple of hours just walking around, watching the balloons being inflated, and taking in all of the sights. 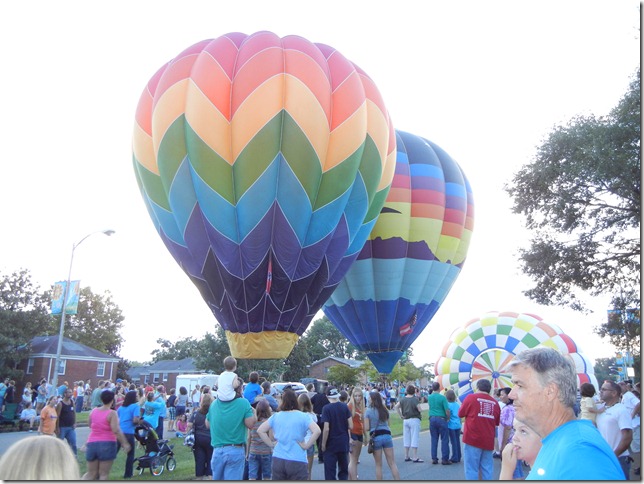 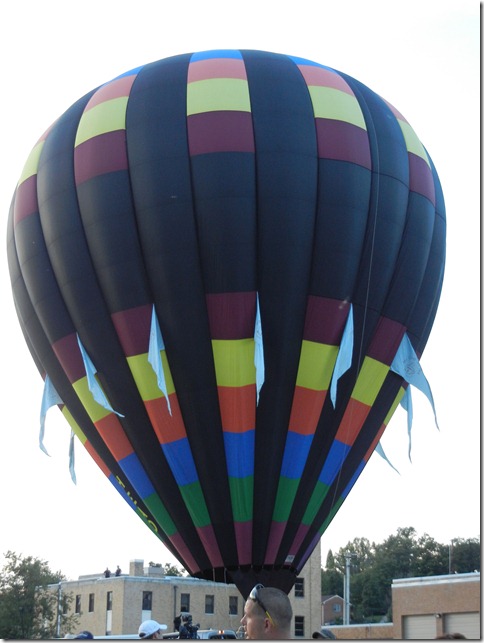 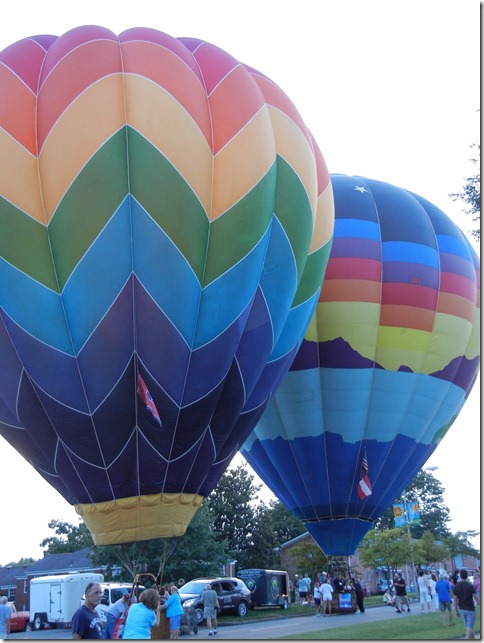 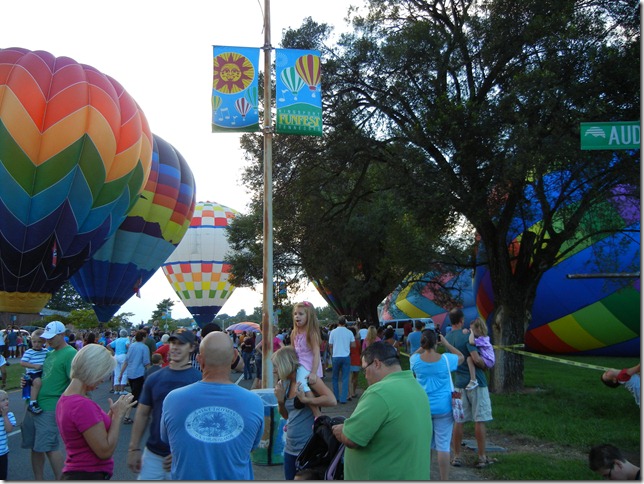 There were so many beautiful balloons to look at and enjoy… with the exception of the Clemson balloon that was inflated right before our eyes, of course (Go Gamecocks!). 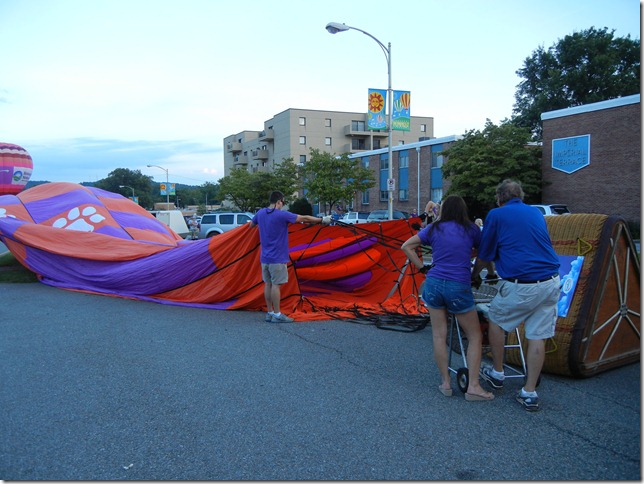 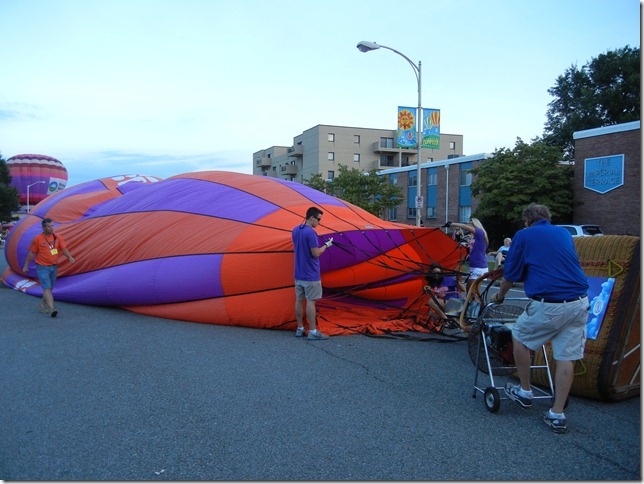 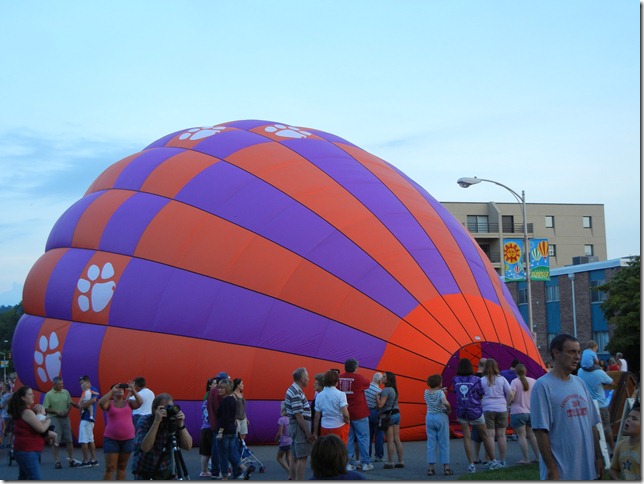 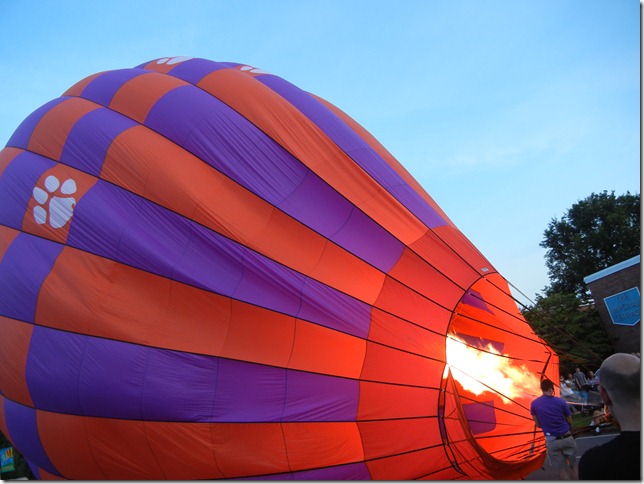 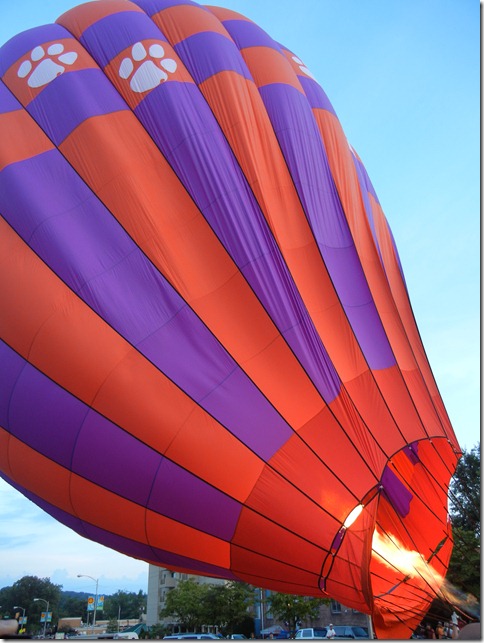 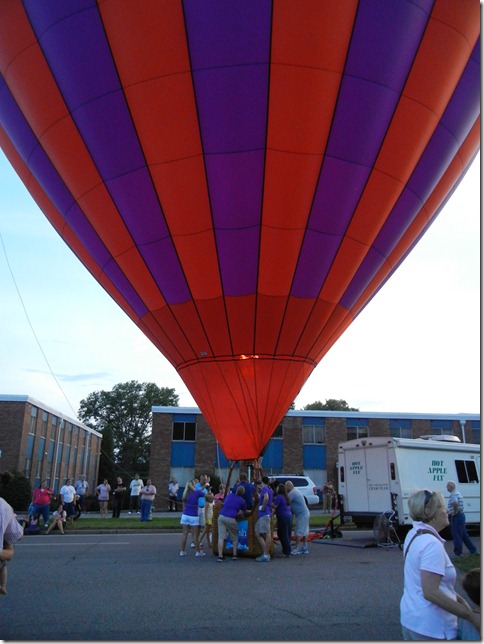 And as the evening went on and the sun began to set it was really beautiful to watch the warm glow of the balloons as they lit up the street! 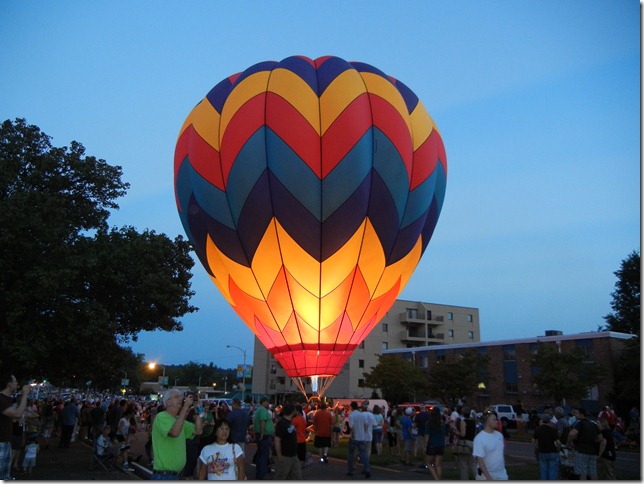 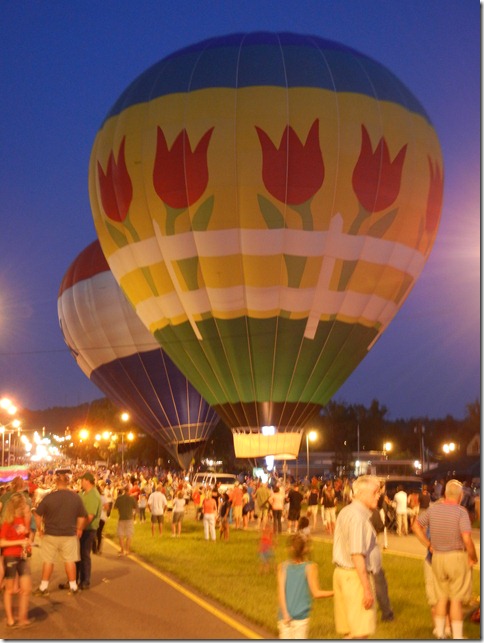 Definitely a fun way to spend an evening with the family.  Can’t believe we’ve never made it to this event before.  You better believe we’ll make it back next year!