Those were the words that Bailey uttered as she tossed her beloved pacifier into the garbage can this weekend.  And as pitiful as those words sounded coming out of my daughter’s mouth, I’ve gotta admit… I was doing the dance of joy on the inside!

You see… from the very beginning Bailey has had a VERY strong love affair with her pacifier. 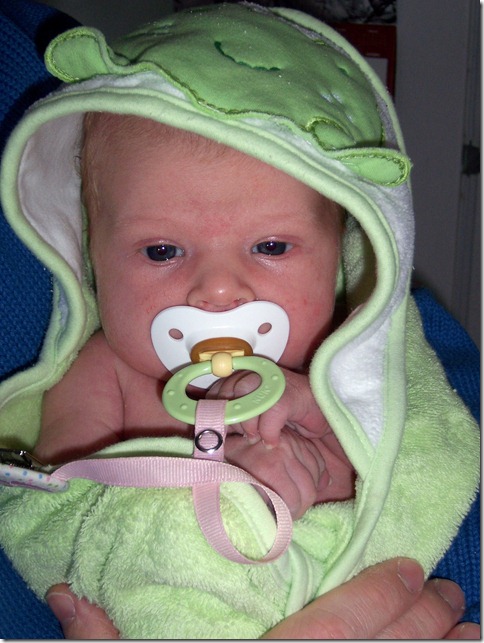 And I know that we are COMPLETELY to blame for the fact that she was so pacifier-dependent in the first place… but hey… when a baby’s young and screaming so loud that you can’t even think, you’ll pretty much stick anything in their mouth to make it stop!

Anyway, I digress.  The point is that after 28 long months, Bailey is no longer using a pacifier!  And here’s how it all went down.

Bailey has been napping at pre-school without her paci for a few weeks now which told us that she was certainly capable of doing it… she just didn’t want to do it.  In fact, she was the only child in her class room who still used a paci… which was a little embarrassing for us (don’t really think it bothered her too much though).  Unfortunately, we had very little success without the paci during naps and bedtime at home.  Every attempt that we made to rid her of the cursed thing was met with VERY INTENSE resistance… to which we eventually would give in (I know… our inconsistency was totally to blame!).  But when Bailey told me that her friend Aggie from school had to throw her pacifier away because it broke, I realized that this could be our answer.

I talked with Bailey several times over a 2-3 week period about Aggie’s decision to throw her paci away.  I asked her “what would you do if your paci broke?” to which she would respond “I have to put it in the trash.”  So this weekend while she was napping I patiently waited for my chance… and the instant she spat the pacifier out in her sleep I snatched it, cut the base of it with a knife, and placed it back in her hand.  At some point during her nap she popped it back into her mouth.  When she woke up she had a very puzzled look on her face and the following conversation took place:

Bailey—“It’s not working!” (as she pops the paci back into her mouth and tries sucking it again)

Me—“Oh my!  Do you suppose you bit it too hard with your teeth?”

Me—“What are you going to do?”

Bailey—“You need to go to store and get new one Mommy!”

Me—“No… I don’t think so.  What are you going to do with your paci now that it’s broken?”

Bailey—“I need to put it in the trash”

Me—“Well alright… I’m sorry to hear that.” (as I walk with her over to the garbage can)

Bailey—“Bye-bye paci… I love you!” (as she drops her paci into the garbage can and walks away)

And that was it!  No screaming, crying, or bargaining from her or us… it was done!  And Bailey doesn’t seem phased by it at all!  So, I think we can call the de-paci-fication process a tremendous success!  And while I definitely won’t miss the paci, I’ve gotta admit… I am going to miss this sweet little paci-filled face! 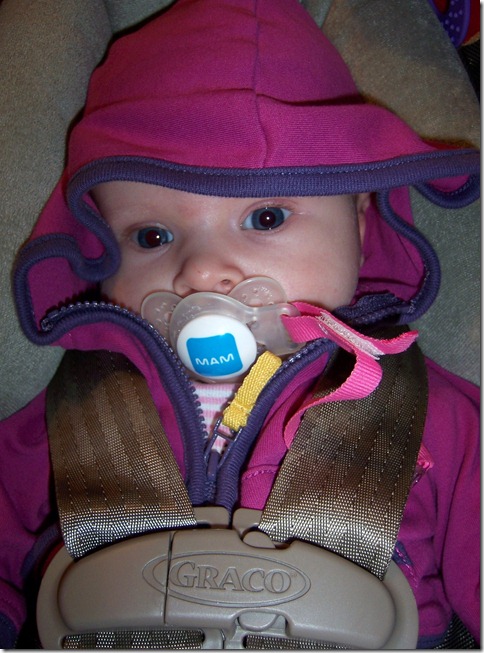 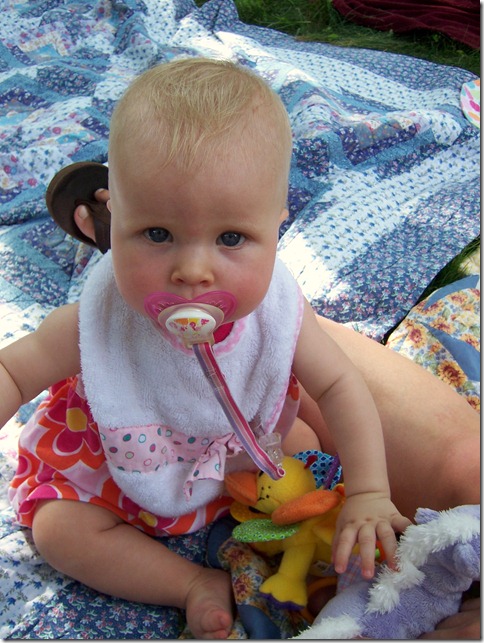 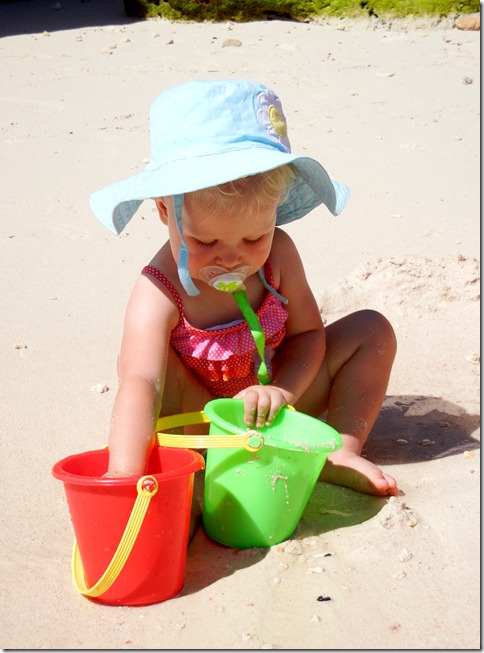 Oh. My. Word.
I guess I better start decreasing the 10 plugs that are in the bed now....