I have spent the last couple of days working on a special word art project for our nearly-completed-renovated kitchen.  I ran across this inspiration picture on Pinterest (originally from here) and decided that I could easily adapt it for my purposes. 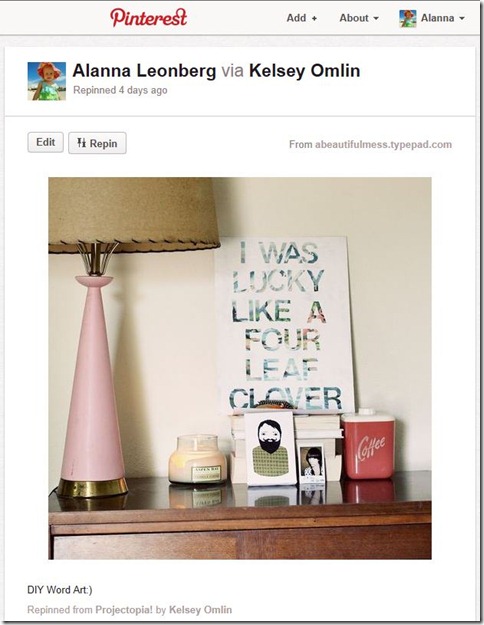 I started off with a 24” x 36” canvas purchased from Michael’s.  I was lucky enough to snag it during one of their half price sales, so it only ended up costing around $17.00 (which I thought was pretty good for a canvas of this size). 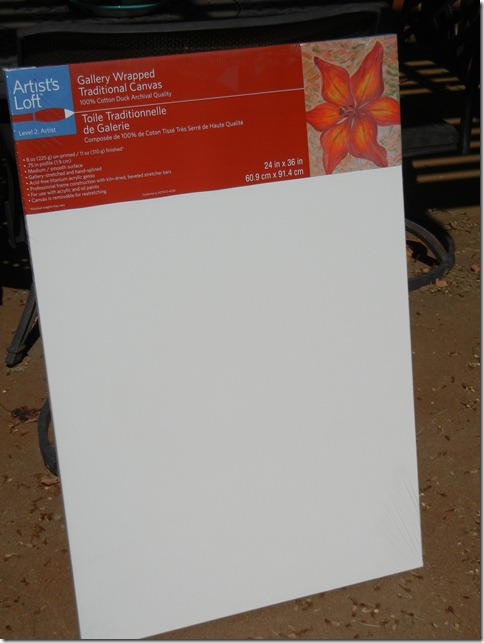 Next I gathered up some spray paint I had lying around the work room. 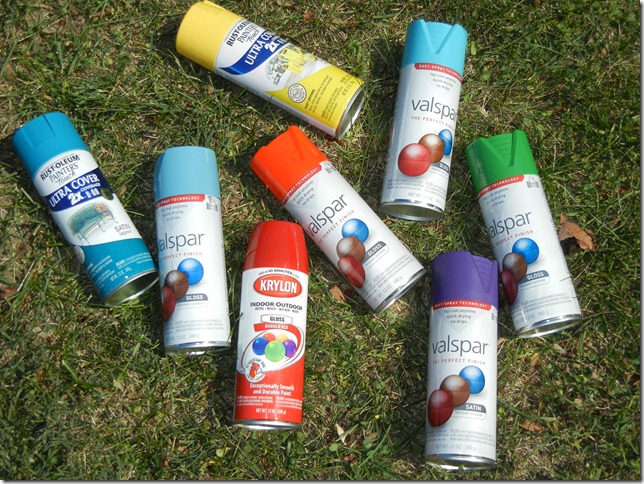 Then I laid the canvas out in the yard.  I placed cardboard beneath it and then propped it up off of the ground with two upside down flower pots. 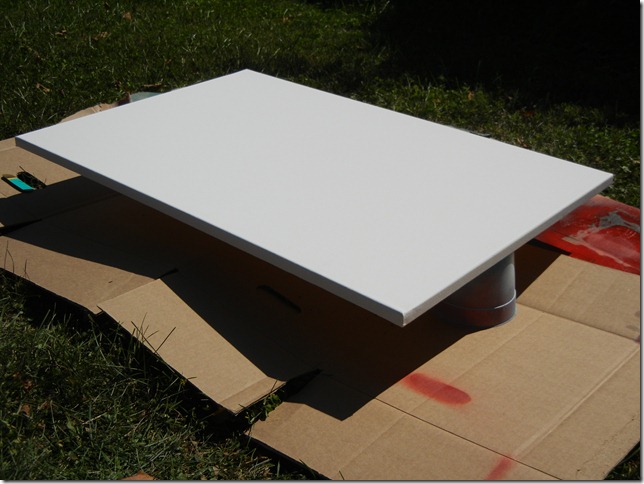 Then came the fun part—the spray paint!  I started with one color… 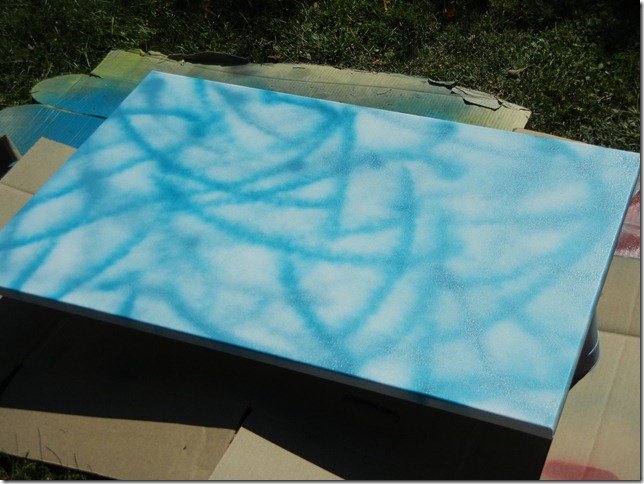 …and added another… and then another… 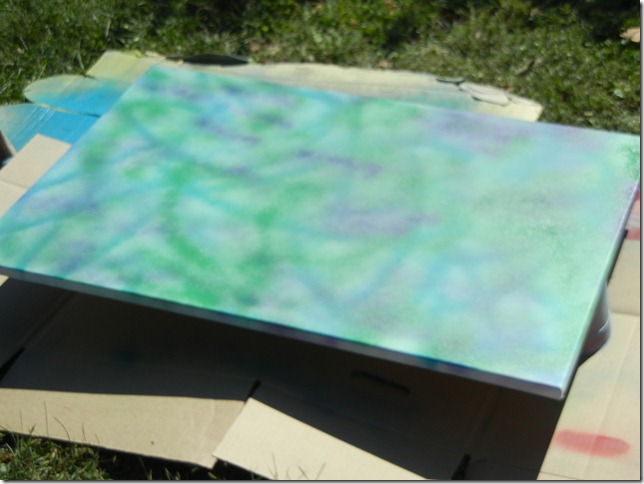 …and then even more colors (eight colors in total).  I stopped when I had this nice tie-dyed look. Next I laid the canvas out on the table and used a straight edge and pencil to draw several evenly spaced lines. Then came the hard part—laying out all of the kitchen related words and phrases.  I grabbed several bags of foam letters with adhesive backs in varying sizes.  Some of them I was able to find in the $1.00 section at Target.  The others were purchased from Wal-Mart and Michael’s.  I think I spent around $13 for six bags. 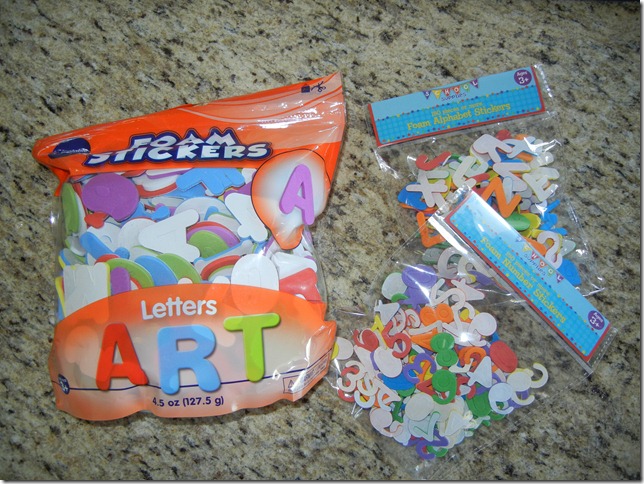 I used the lines and the straight edge to make sure things weren’t getting wonky. 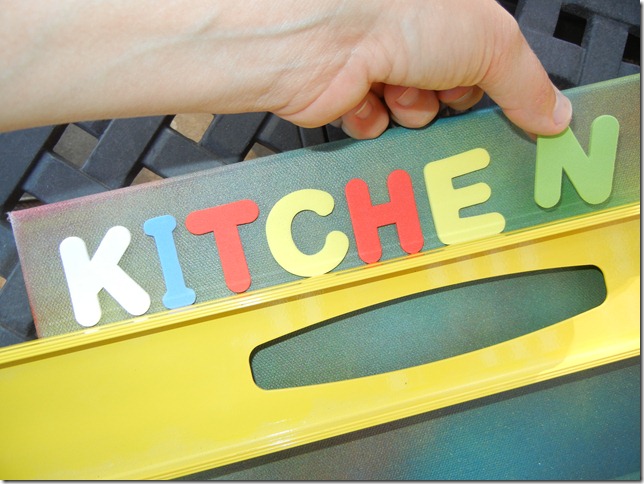 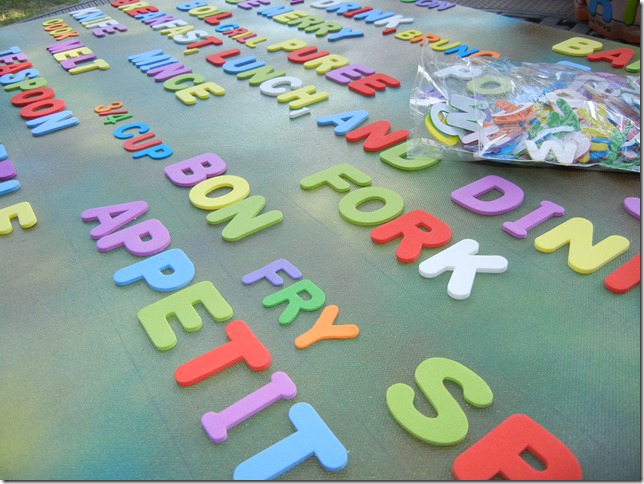 I’m not gonna lie.  This part of the project really stunk!  It took forever 2 nights of working (and DVR watching) to get all of the letters and numbers in place. 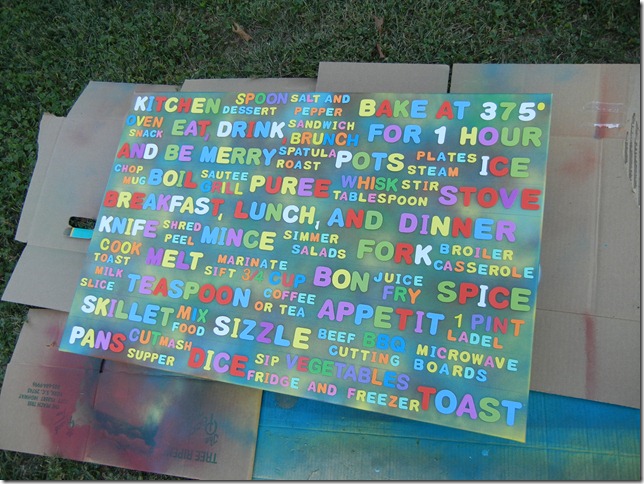 Once done, I laid the canvas out on the cardboard again with the upside down flower pots under it.  I double checked that all of the letters were stuck down really well.  Then I gave it two even coats of flat white spray paint. 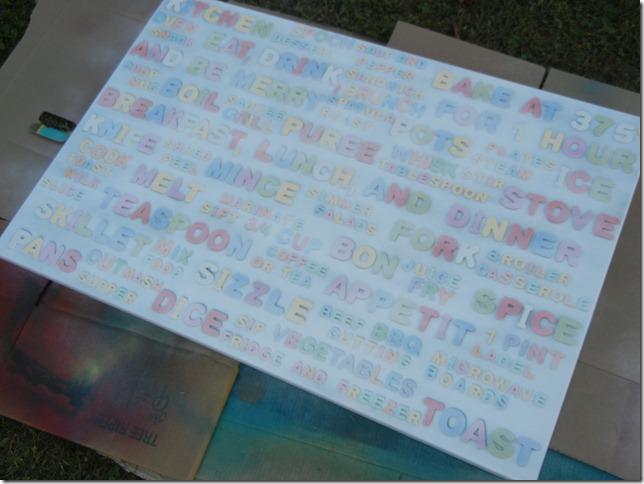 After work last night I peeled off the hundreds of letters I had so carefully stuck on (of course this step took less than 30 minutes… go figure!). 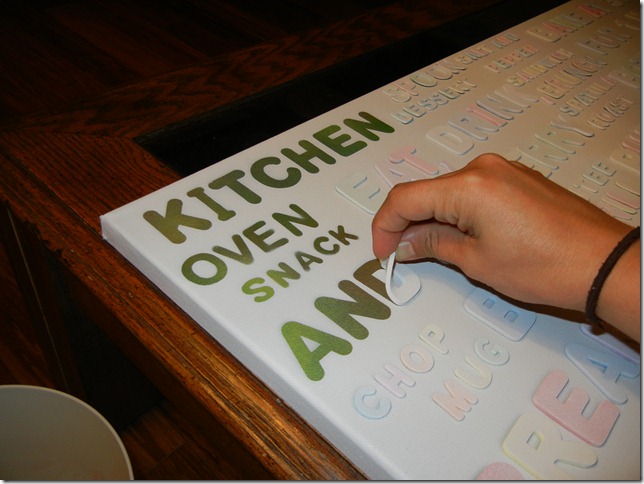 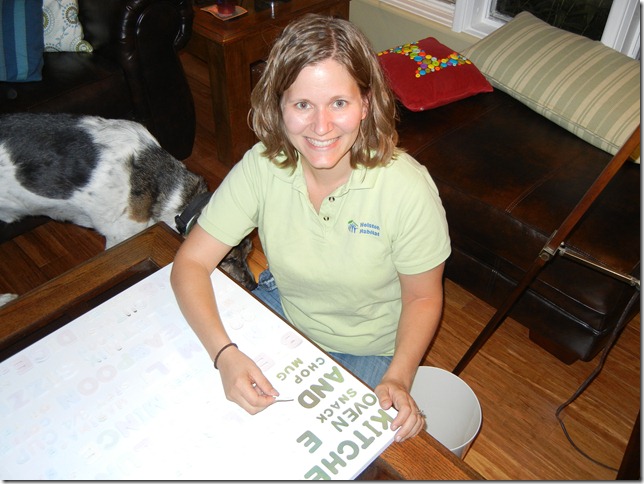 And this is what we ended up with! 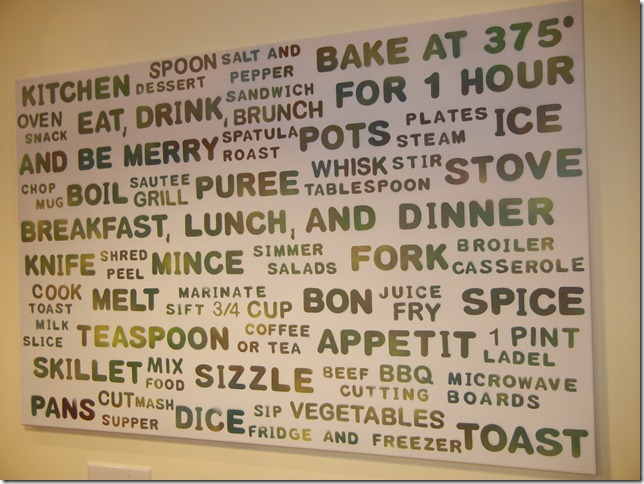 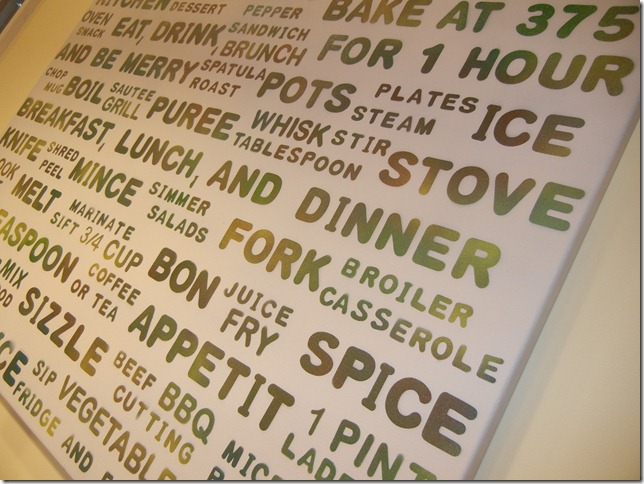 A fun and interesting piece of art for the wall next to our new peninsula! 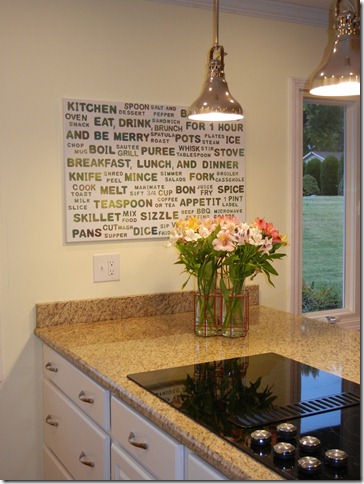 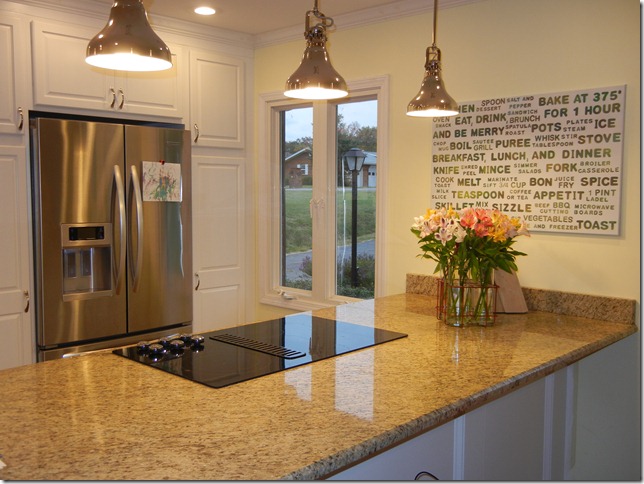 I just LOVE the variety of colors that peak out from behind the white!  It’s bold and graphic, but still blends well with our fairly neutral kitchen.

What an easy project!  I’m tellin’ ya’… anybody could do this!  And if you want you could easily adapt it to fit in any other room of the house.  You could do laundry related sayings perhaps… or maybe movie titles/film related words for a family room.  Endless possibilities.  Gotta love it!

HOW CUTE!! I LOVE THIS, Alanna!

This is the best project I have seen! What an amazing idea! Thanks for sharing:)

Oh, I love! Love the variegated look behind the letters, and love that you used the foam letters.

That's a forehead smacker.. I kept looking for stencils and could never find anything as thick as I wanted them to be. Foam stickers-voila!

It's perfect for your kitchen. Great job. =)

oh my gosh! this is fantastic! who would have thought. certainly not me! i have to ask you, how did you manage to not pull off some of the paint when you peeled the letters?

i didn't have any problems with paint peeling off. i'm not entirely sure why, but i'm guessing that it's because i let the colored paint ont he canvas "cure" for several hours before sticking on the foam letters.