Let There Be Light… Again!

You may be thinking to yourself, “I thought they already re-did the kitchen lights.”  If you are, then you’re half right.  Back in May Craig did install the recessed and under-cabinet lights in our new kitchen and family room.  But, as was mentioned at the end of that post, we still had to install lights over the peninsula and the kitchen sink.

After a couple of months of looking online, in-stores, and thumbing through several lighting catalogs we finally found some fixtures at Lowe’s that we could both agree on.

So Craig got to work installing them this past weekend.

The first step was measuring and cutting the holes for the electric boxes.  Unfortunately, we ran into a few snags trying to do this.  You see… the beam that we installed in the attic to reinforce things after taking down the former wall in the kitchen just so happened to be exactly where we wanted to hang the lights.  Not a huge problem… it just meant that we had to rethink our game plan a bit.

So instead of moving the placement of our lights Craig decided instead to change the type of electric box that he used.  Instead of the standard ceiling light fixture electric box he used a shallow “pancake” looking box. 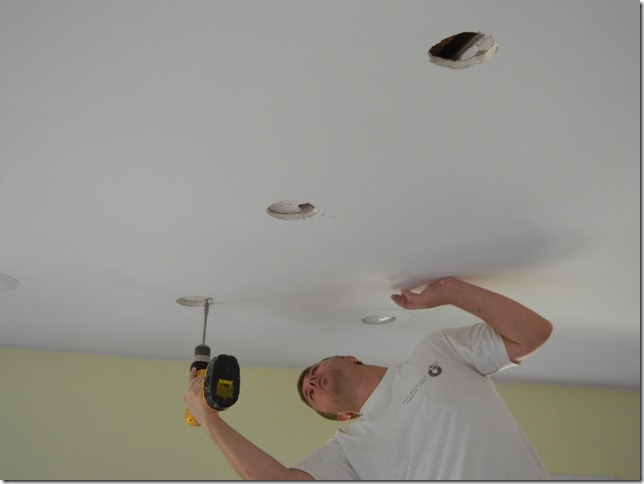 Once the boxes were secured in place he pulled the wires through and connected the fixtures. 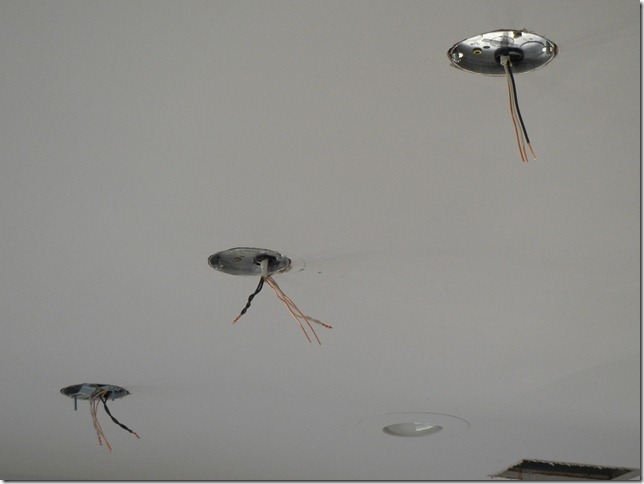 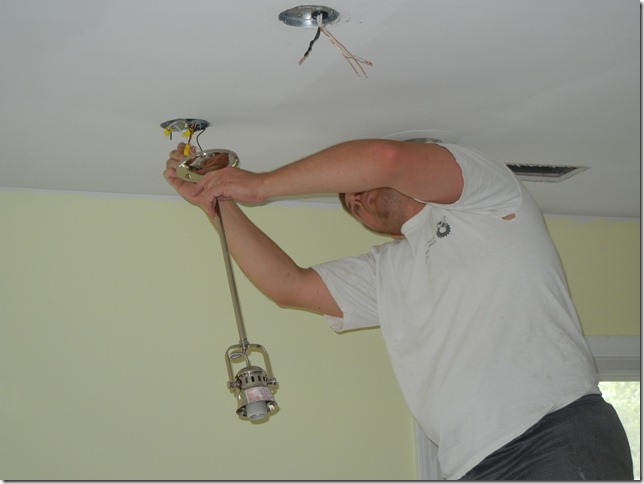 And in one short afternoon we had three beautiful new lights over the peninsula! 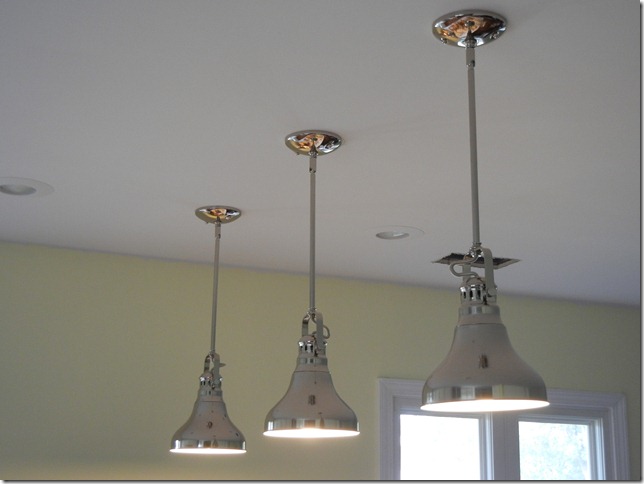 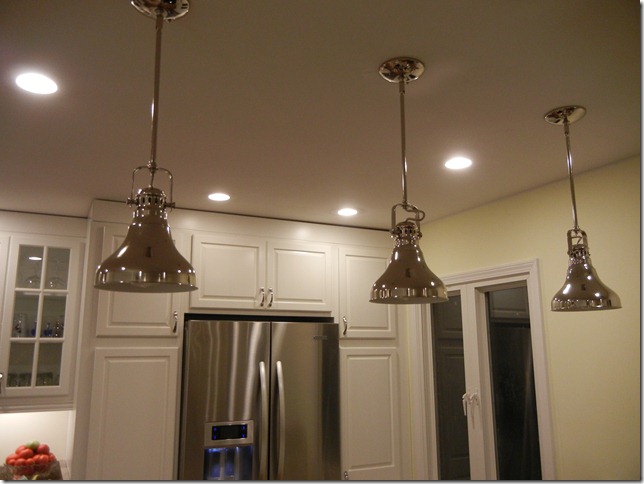 Craig followed the same steps to install the fixture over the kitchen sink as well.  Again, he had to use a pancake box due to the pesky joists in the attic.  And again, we had beautiful results in the end! 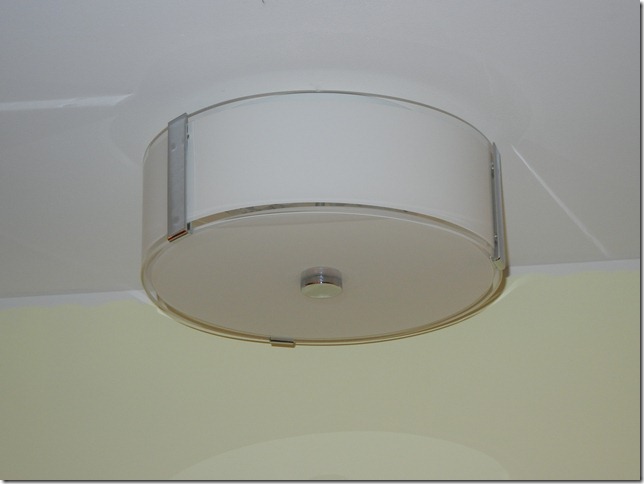 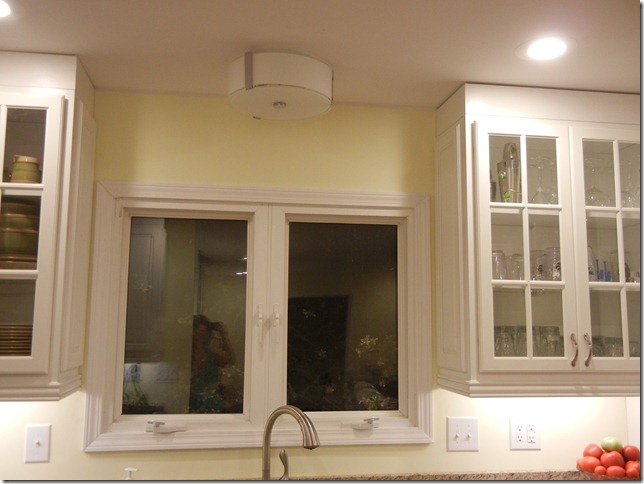 Hooray for lights!  Now all that’s left to complete the kitchen is installing the wall oven/microwave combo (yes… we’re still living without an oven… but this time of year it’s pretty easy to make due without one) and installing the trim (which there’s a whole lot of).  Sounds like an easy enough job, right?

Looks great! Is the kitchen sink light on in that last picture?

no it's not... when i tried to take a picture of it with the light on it was too bright and made the picture turn out really crazy... so i took one with it off so you could actually see the fixture :)