When we started the demolition of our old kitchen back in March we found a few treasures hidden behind the old cabinets.  I was so excited!  It was like uncovering artifacts at an archaeological dig or something! 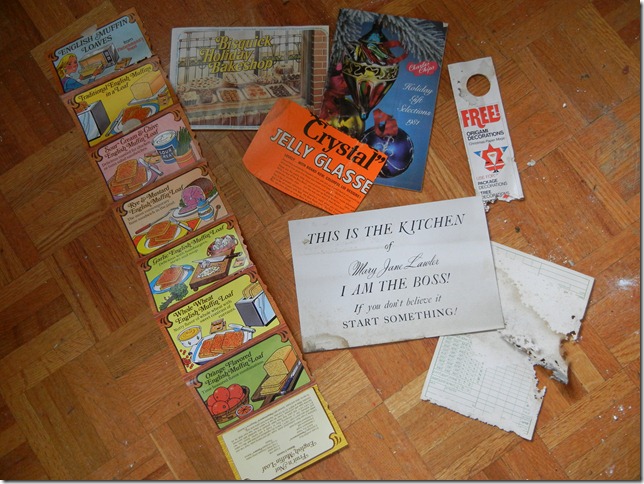 Perhaps the most intriguing artifact was the 6” x 9” sign that declared “This is the kitchen of Mary Jane Lawler.  I Am the boss!  If you don’t believe it start something!” 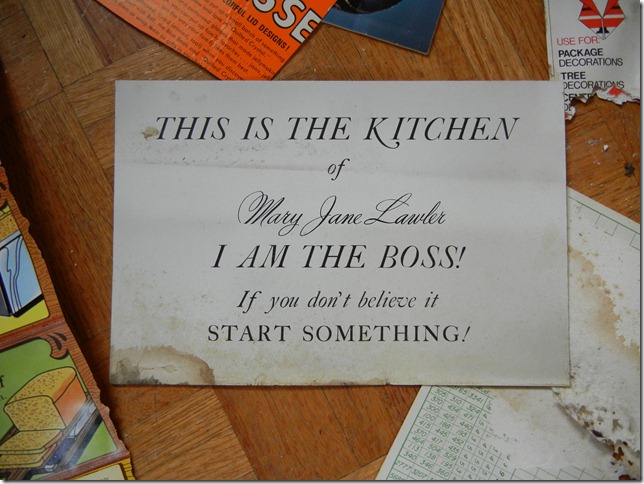 Now, my mind immediately started racing with questions… who was Mary Jane Lawler?  And when was this ever her kitchen?  The previous owners (who had lived in the house for over 40 years) were named Moore.  Could Mrs. Lawler have been the original owner of the house?  I showed the sign to some of the neighbors and the best we could guess was that this must have been the case.  What a cool find!  I decided to hang on to the sign and try to incorporate it somehow into the new kitchen.

I repinned this frame tutorial on Pinterest (originally from here) and thought it would be a fun way to display the sign (among other things in the house). 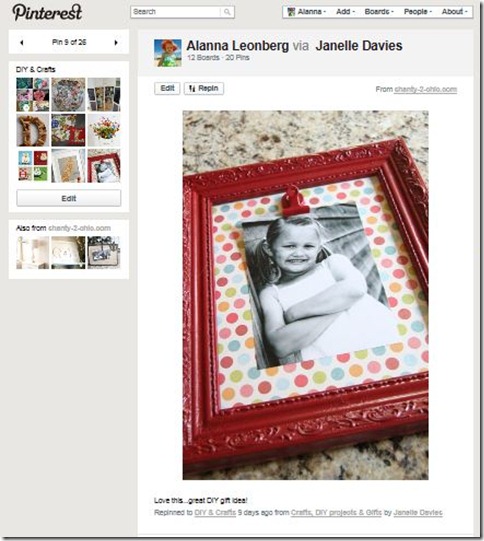 I bought an old frame the local Habitat for Humanity ReStore for $5.00 which I thought could work perfectly for the project.  I loved the fabric detail around the inside edge of the frame. 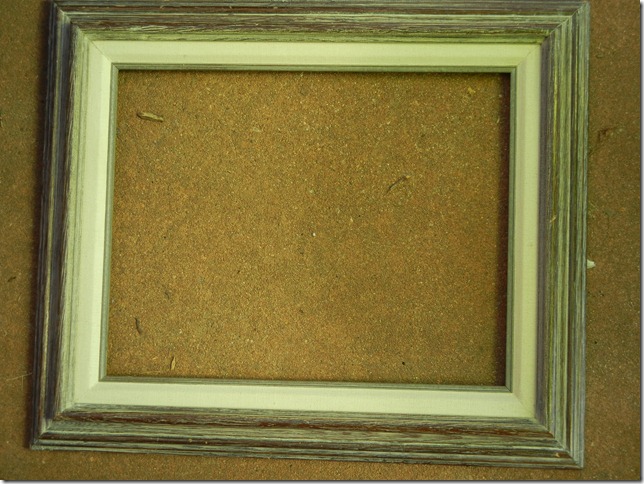 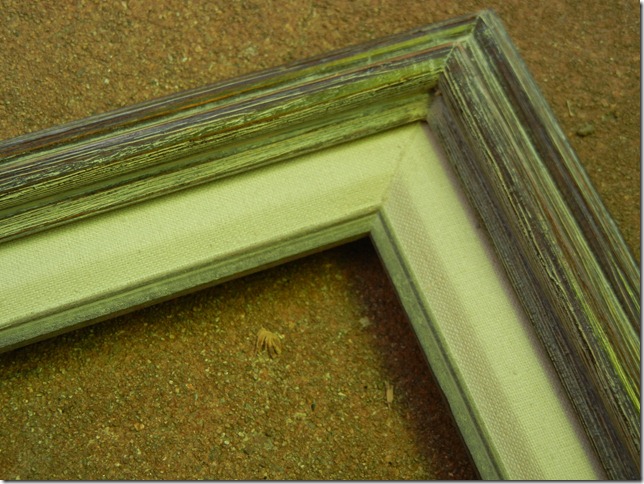 I decided to paint the frame green, but save the fabric detail, so I covered the fabric with tape.  Then I gave the frame (as well as a magnet clip) two even coats of green spray paint.  I let everything cure outside for several hours. 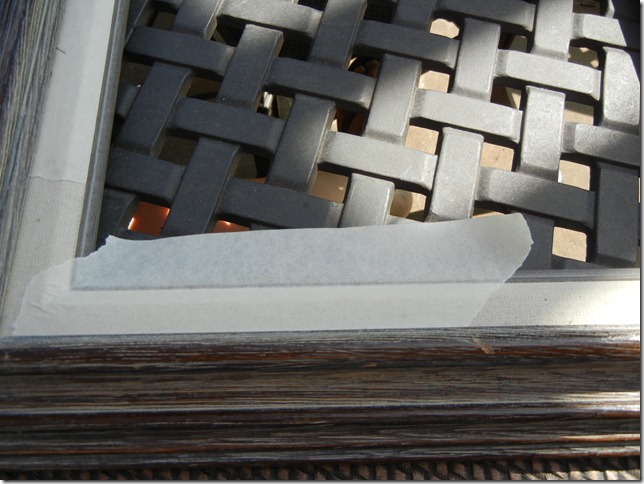 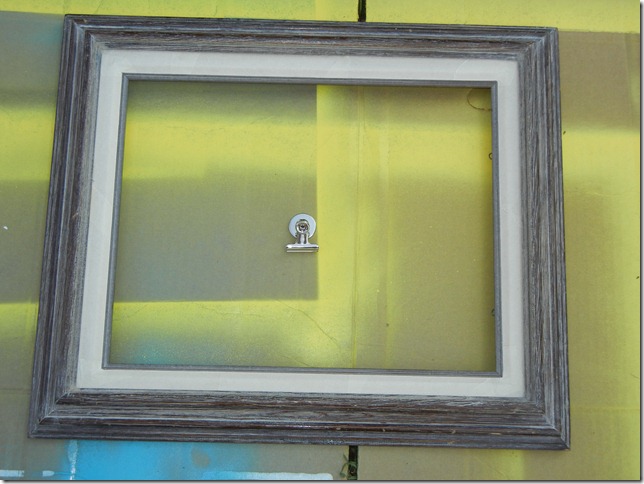 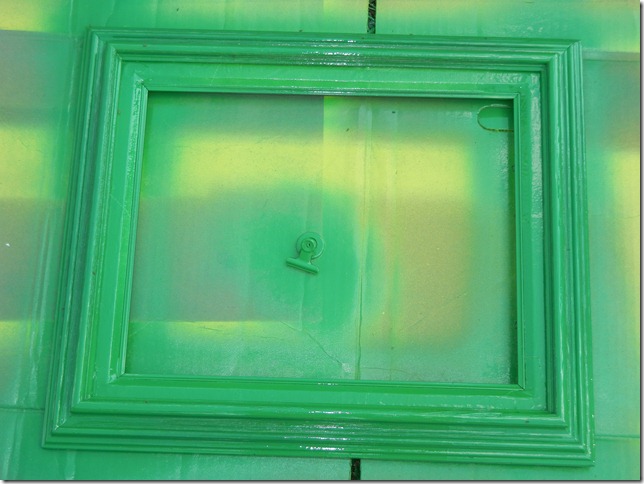 To my horror, upon removing the tape, I discovered that the paint had bled through to the fabric in two of the frame’s corners.  Talk about a disappointment.  I really loved the look of the creamy fabric trim and knew it would pop the way I had envisioned the end result of the frame. 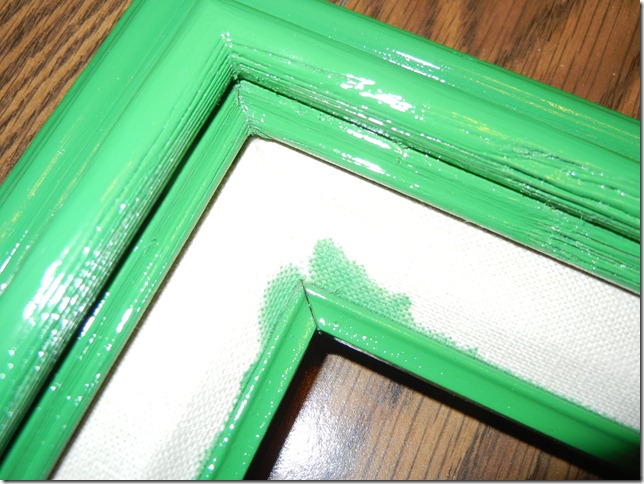 But on to plan B I went… spraying the fabric trim detail green as well.

Once the entire frame (fabric and all) was painted and dried I decoupaged craft paper to the frame’s backing (since there wouldn’t be any glass in this frame to hold the paper in place). 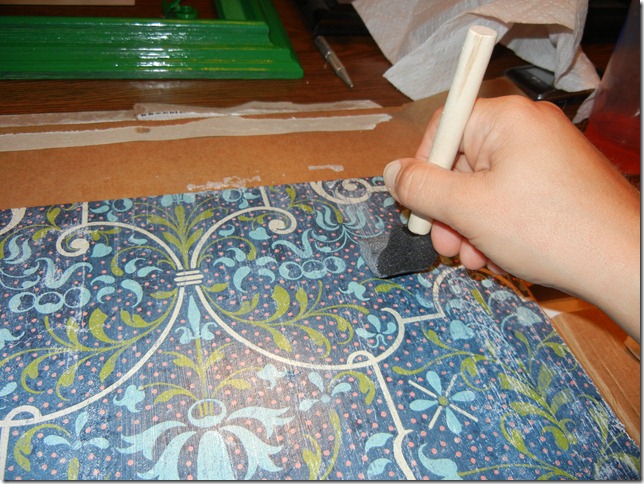 After the Mod Podge dried I reassembled the frame.  The staples which had previously been holding the backing in place had fallen out sometime during the painting process, so I secured everything in place with masking tape. 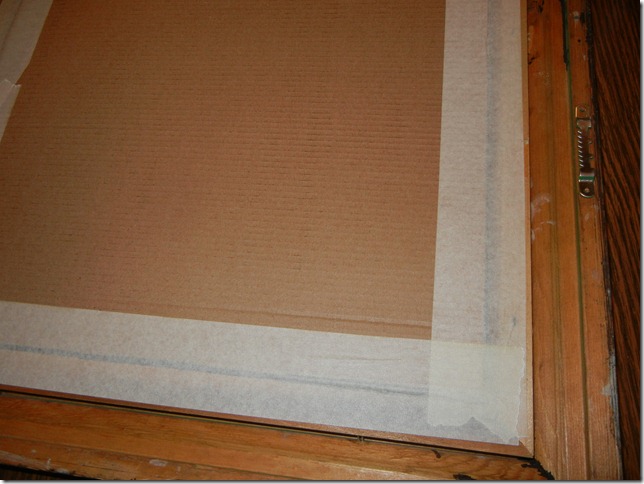 Lastly, I hot glued the magnetic clip to the top center of the craft paper. 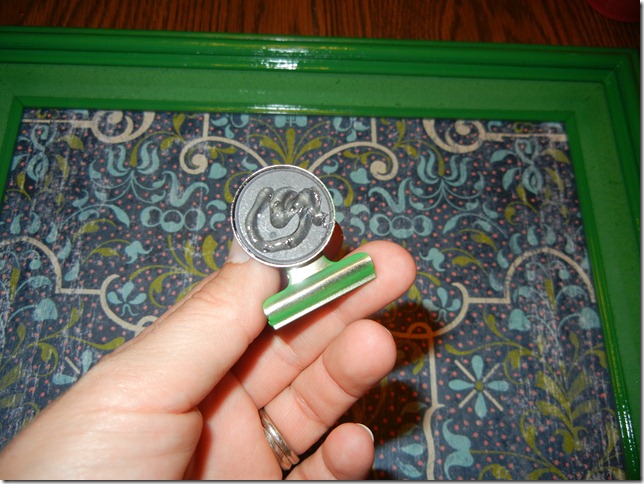 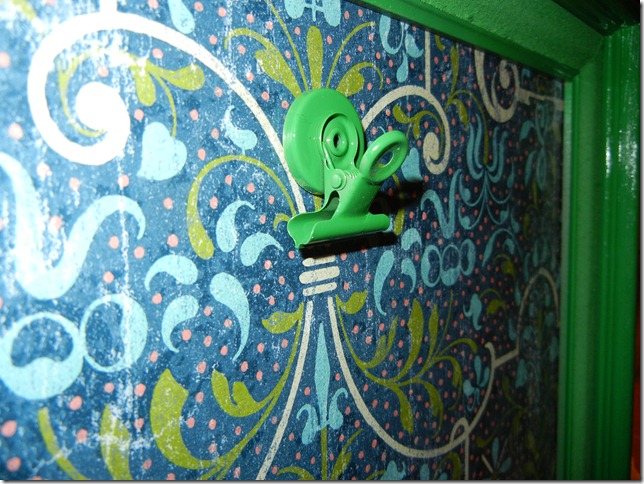 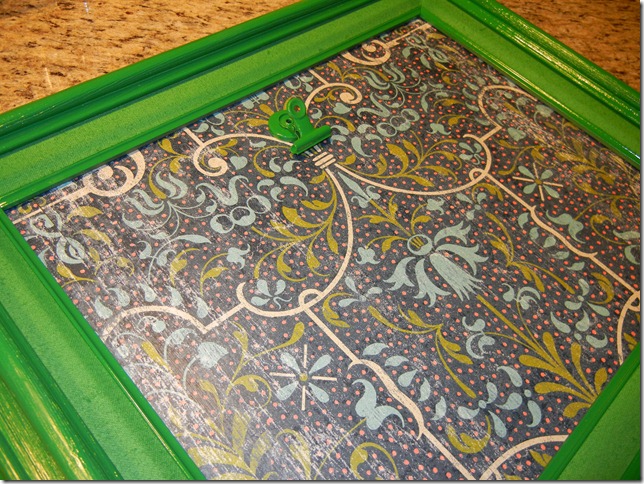 I clipped Mary Jane Lawler’s sign in place and voila… a fun way to pay homage to our kitchen’s past! 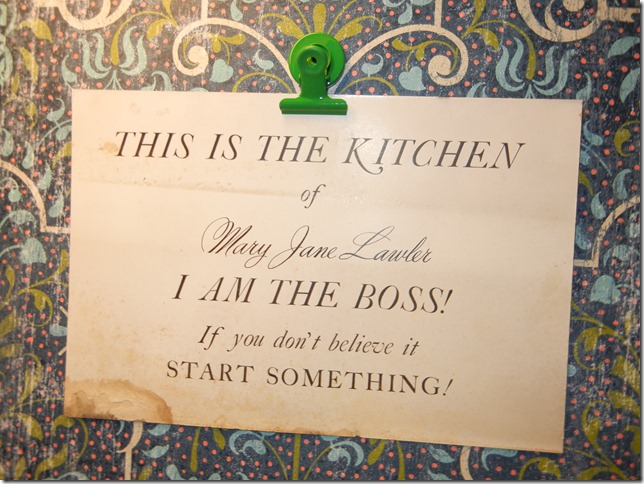 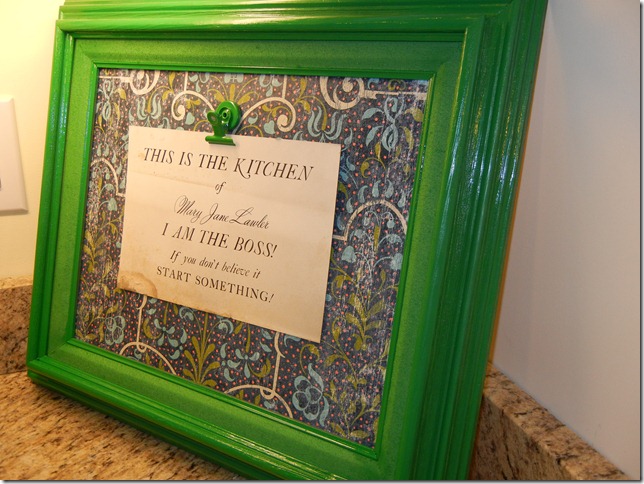 And the best part is that it’s super easy to swap out the picture being displayed!  So, when I tire of Mary Jane’s declaration that the space is in fact her kitchen and that she is the boss, I can easily pop in a family portrait… or maybe use it to display a favorite recipe… or Bailey’s latest masterpiece… the possibilities are endless!  And who doesn’t love that?

Really cute! How neat to find such fun things in your OWN house!

You might try your local public library or historical society to see if they have old city directories or phone books, and find out when Ms. Lawler lived there.

Very cool idea of posting the card in the frame like that, though!

that's a great idea... thanks for the tip!