Okay… get your minds out of the gutter!  I promise there’s nothing dirty about this post except for the soil and compost the cucumbers are planted in.

Anyway, as I mentioned before, I’ve decided to try growing some mixed vegetable containers this summer.  I was most excited to see if the cucumbers would grow (I’ve never had any success with them in the past thanks to the deer… apparently cucumbers are one of their fav’s).  And since I was blinded by my excitement when I planted them, I didn’t stop to think about what I would do with the vines when they began to trail out of the pot and all over the patio.

So when the vines began to flop over the sides of the pot, grabbing hold of everything else in sight like a scene out of Little Shop of Horrors I decided that something had to be done.

I took some jute twine, tied it to the mini trellises in each container, and then wrapped it tightly  around the posts of the pergola.  Next, I took the little “feelers” sprouting from the cucumber vines and wound them around the twine, training the vine up the post. 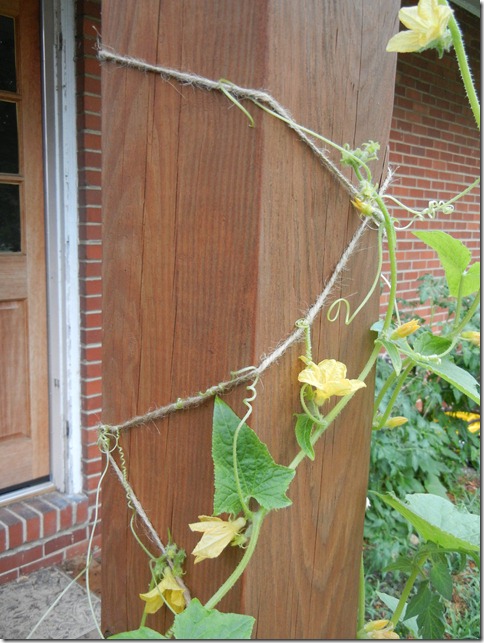 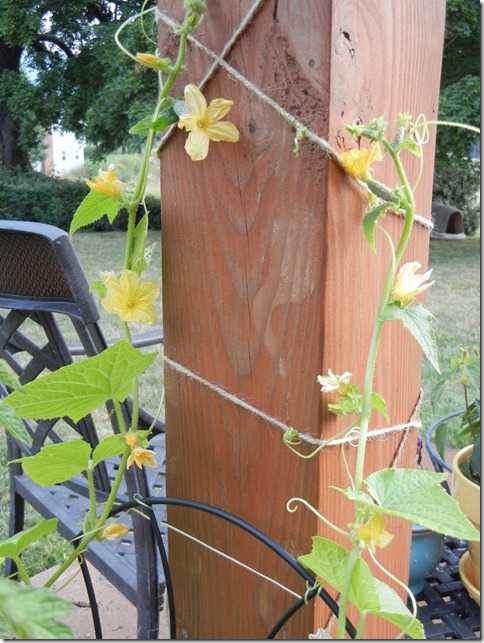 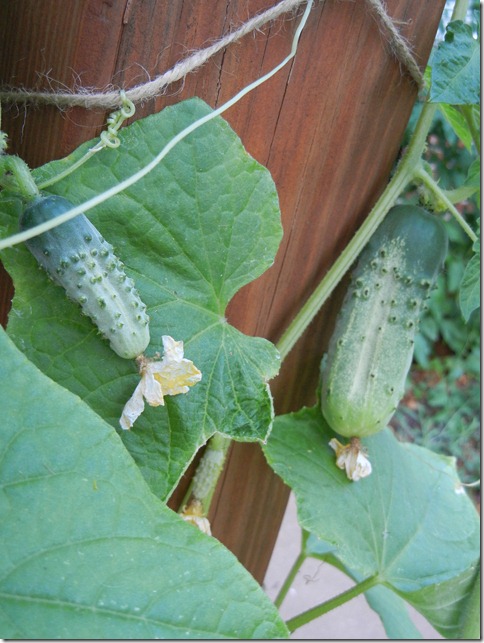 Super easy!  And it solved the problem of the vines eventually taking over the patio like wild kudzu! 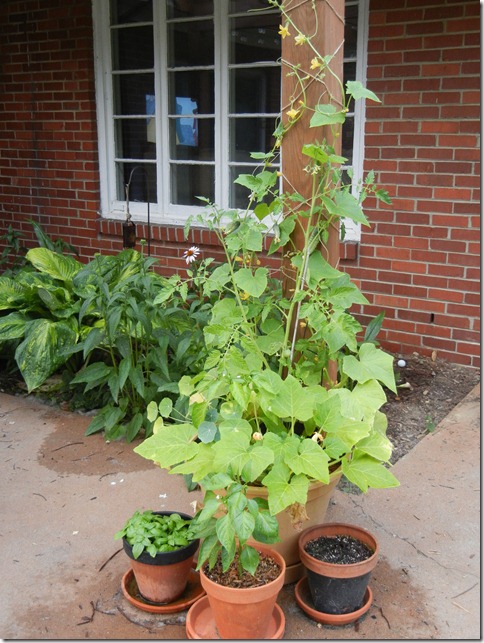 While I’m at it, why not give you all an update on how the other veggies are doing.  Everything else planted in the containers seems to be coming along just fine… especially now that they’re not being choked out by the “death grip” of the cucumber vines! 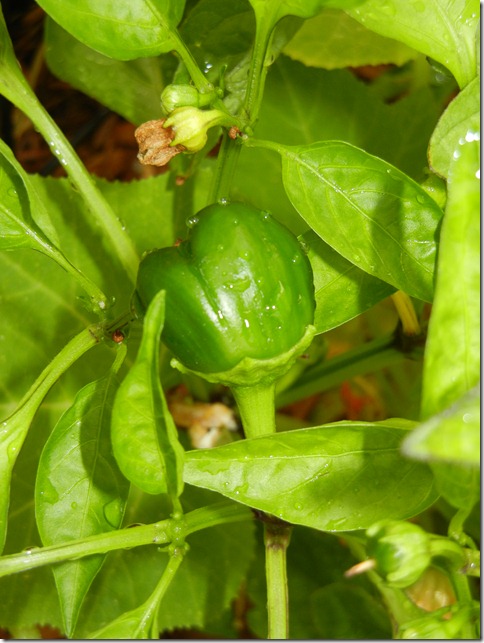 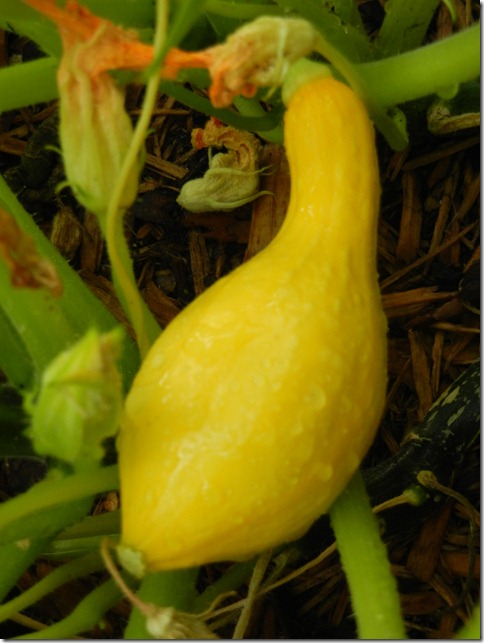 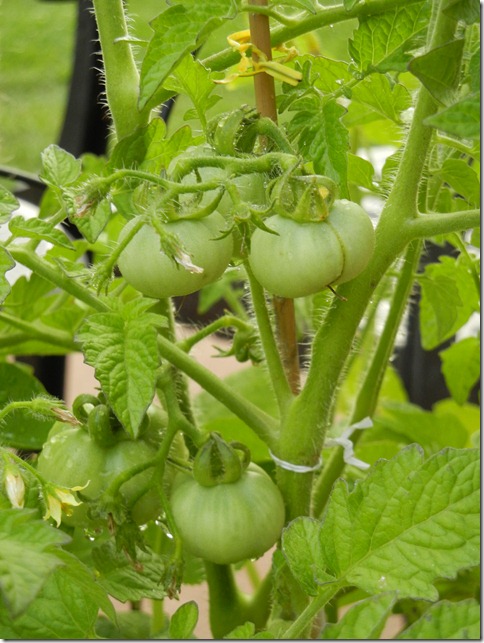