…turned out to be a pretty big project.  We decided that a large vent hood overhead would break up the open feel we were trying to create in the kitchen and family room, so when we purchased our appliances we opted for a cooktop with a built in downdraft.  Since our house is built on a concrete slab the downdraft couldn’t be vented through the floor.  Instead it would have to be vented through the 1/2 wall my dad built (that is the base for our peninsula) and out an exterior, brick wall.  Thankfully Craig was able to put his left brain to good use and get the job done!  Here’s how he did it.

The first thing he did was use water based duct sealant to connect three different pieces of ductwork and then secure them with sheet metal screws. 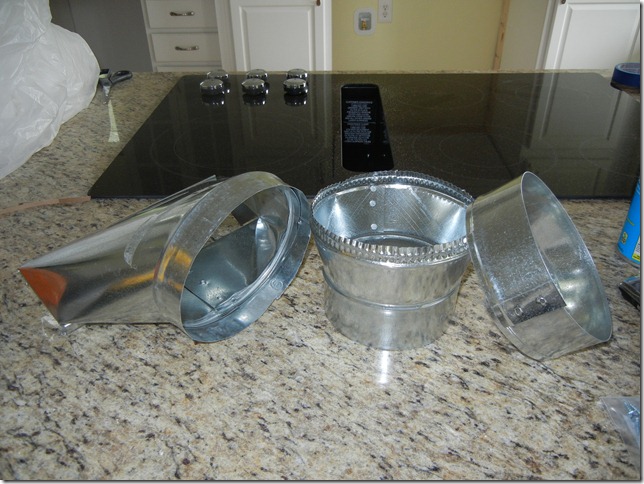 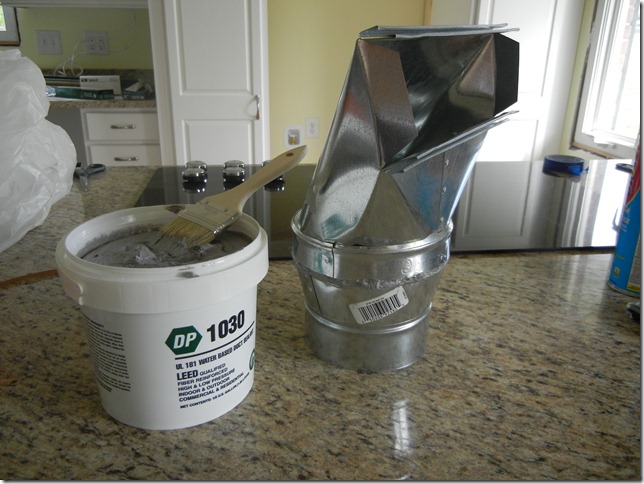 He then cut a hole in the back of the cabinet that was supporting the cooktop, ran the ductwork through the hole, and attached it to the base of the downdraft inside the cabinet. 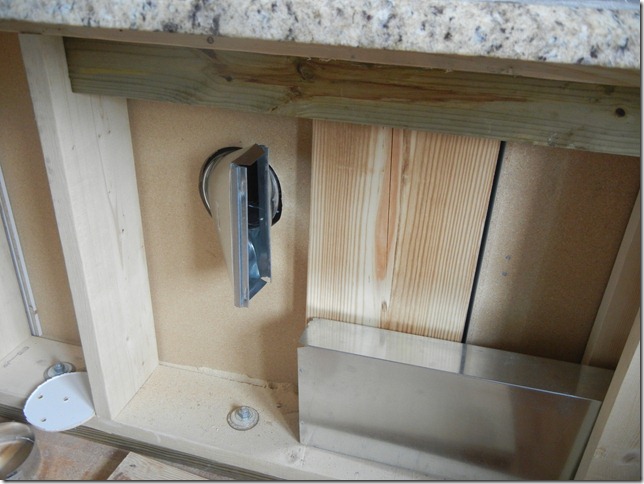 Next he knocked a hole in the drywall and exterior brick where the duct would be vented out of the house. 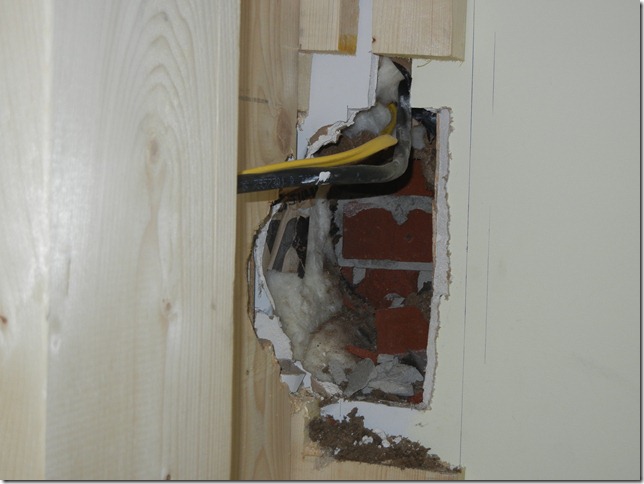 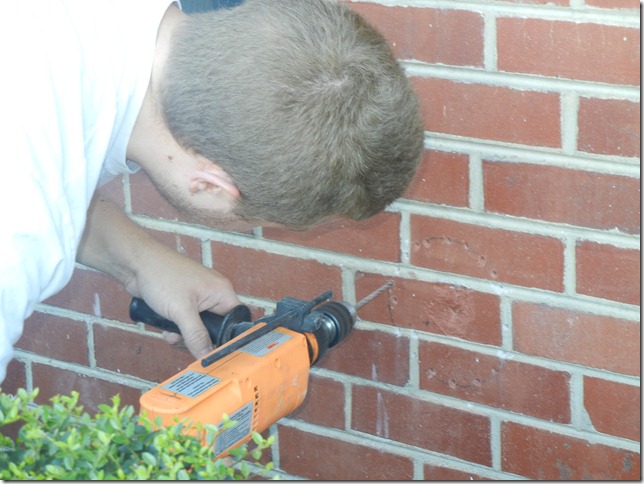 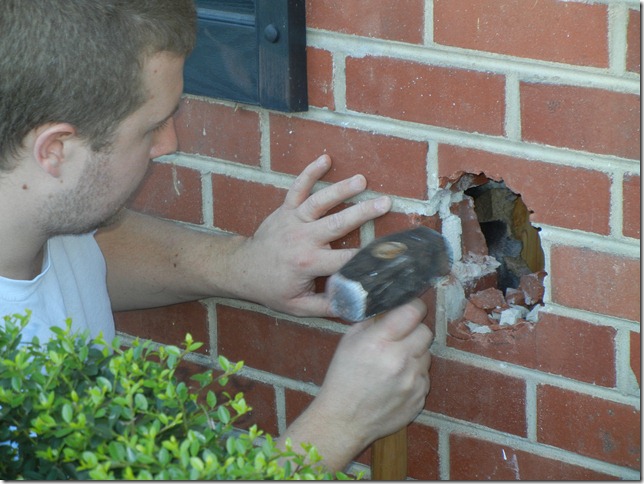 After the hole was drilled he inserted a circular duct to which he attached a wall cap with a spring-controlled damper and removable screen (to keep the outside air and critters outside where they belong). 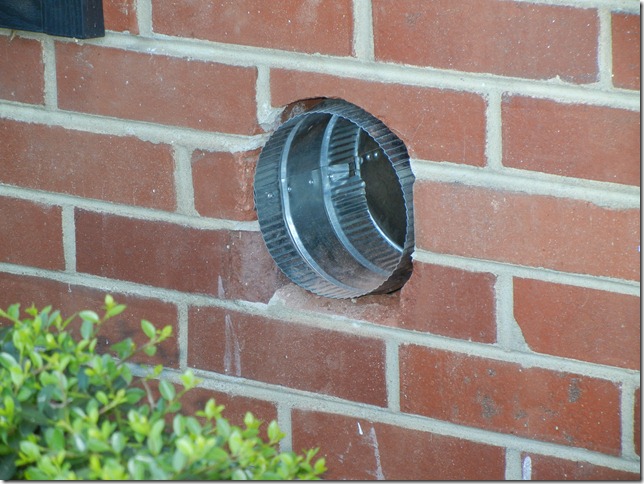 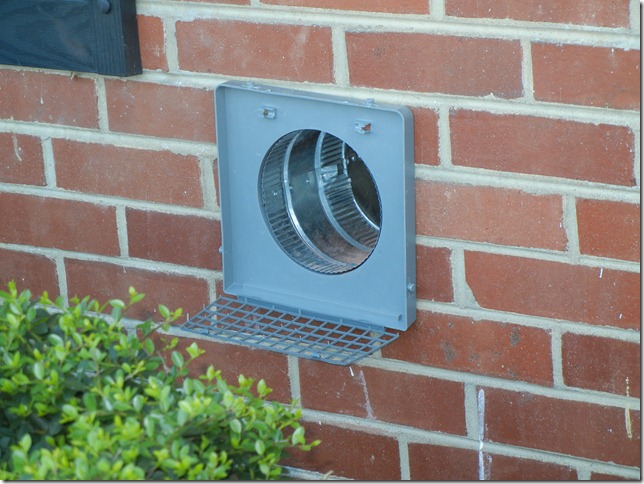 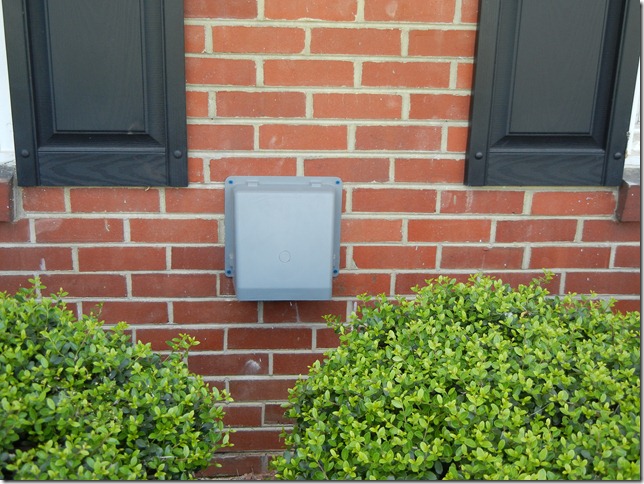 Next he attached the final rectangular piece of ductwork that runs horizontally through the 1/2 wall.  Once again he secured the seams with water based duct sealant and secured everything with sheet metal screws.  Finally, after doing all this, he filled in the cracks around the hole in the exterior wall with Great Stuff (the window and door kind… the regular kind would have expanded too much). 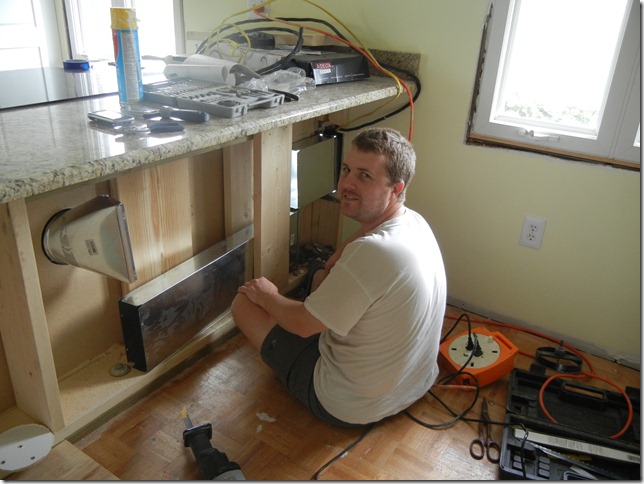 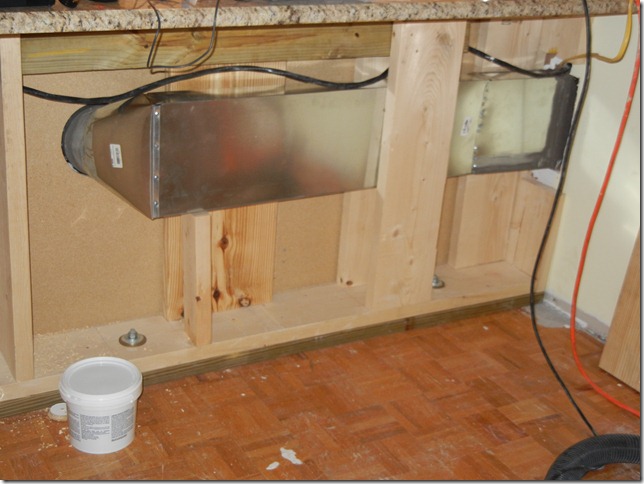 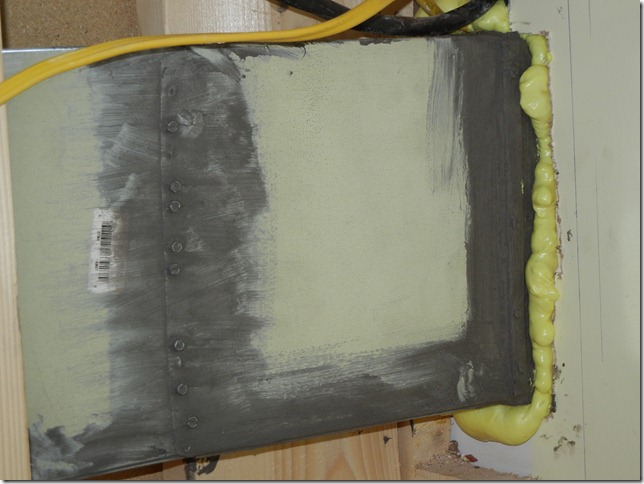 As if this wasn’t enough work to do, Craig also had to complete the wiring for the cooktop.  Thankfully this was a pretty simple task.  We had already run the wires down the wall in the kitchen when we rewired everything, so it really ended up being just a matter of carrying the wires through the 1/2 wall and installing an electrical box on the inside of the cabinet. 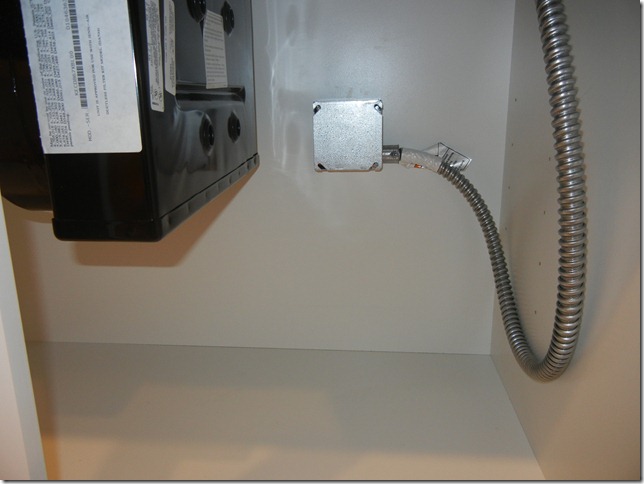 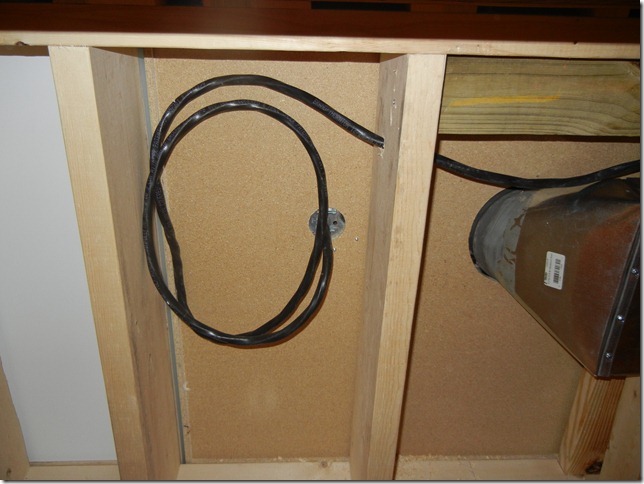 Once the electrical box was installed and the wires were connected… VOILA!!!  We had a working cooktop with built-in down draft! 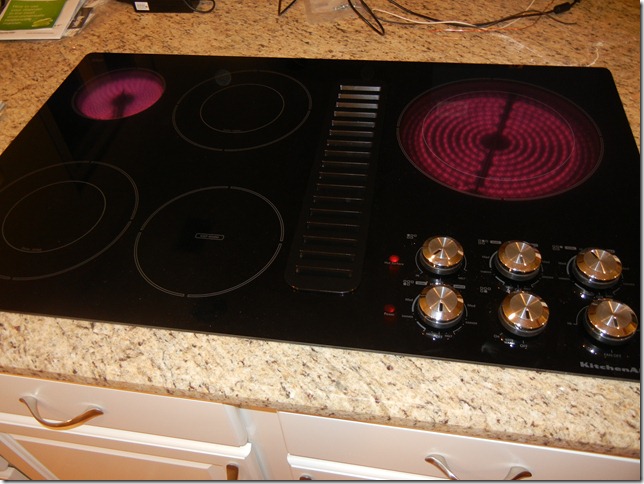 And so far we are both totally in love!  I mean, who wouldn’t be?  It’s so pretty!  Doesn’t it just make you want to go cook something?