What Do You Guys Think… Again?!?

This isn’t the first time we’ve been told that Craig looks like someone famous.  In fact, strangely, it’s happened several times.  I’ve even blogged in the past about a suggested resemblance to Josh Turner, asking for your opinions on the matter.

So here I am again, writing to get your opinions.  This time, however, we have a new celebrity comparison.  And this time it’s a celebrity that we had both at least heard of… and one that I personally love!

Here’s a hint… this person has starred in many movies, including American History X, Primal Fear, Fight Club, The Italian Job, Red Dragon, and more recently The Incredible Hulk.  (Okay, for most people this is probably a pretty easy clue).

Anyway, on to the reason for the post.  Our friend Misty (who claims Craig is, in fact, Edward Norton’s life twin… which, coincidentally makes him the Hulk) did an independent survey of people one day to see what the opinion on the street was.  While the exact responses varied, the overwhelming opinion was that, yes, Craig does look like Edward Norton.

Just for fun I thought I’d open it up to the rest of you.  Here’s a side-by-side for you to compare. 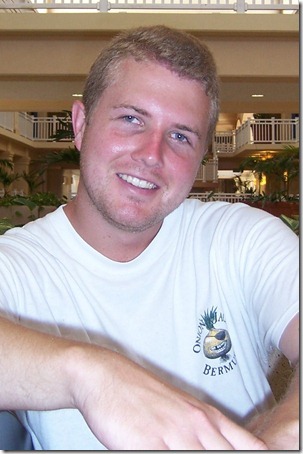 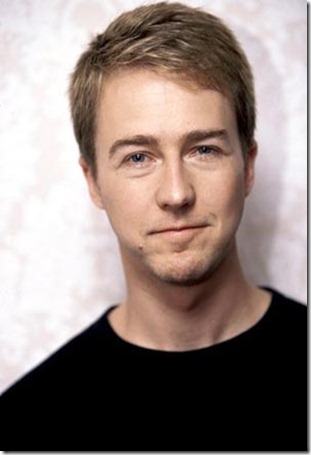 So what do you guys think? Does Craig look like Edward Norton? Should his new nickname be the Hulk?  Does this make Bailey 1/2 super hero/monster?
Just remember to choose your responses carefully.  Craig will probably read them.  And you don’t want to make him angry… you wouldn’t like him when he’s angry!
Posted by Alanna at 8:23 PM

I love Edward Norton, too! hahaha Pictured side by side, I definitely see it. Mostly in the eyes I think! But, I don't know that I would have thought it otherwise. I think he looks more like Simon Baker from The Mentalist.

Seeing as how I have the slowest internet PC combo and I could only see the picture of Norton, it is a definite match! I thought his picture was Craig's senior pic! Craig's current pic never loaded, but his younger self (since we are SOOO old) is a perfect twin! :) If Bailey is anything like our boys she's definitely part superhero! Kids are STRONG this days both in will and physical strength! :)

oh linds... simon baker would be okay too ;)

hahahaha don't i know it??