Knocking Down the Wall…

…separating the kitchen and the family room turned out to be quite the task!  We knew the wall was load-bearing and that we would therefore have to reinforce things with a beam.  We originally hired someone to do this job for us… but as mentioned in my last post, our contractor bailed on us and Craig (a mechanical engineer by day) decided that we could just do the job ourselves.

The plan was to install two 2 x 12 beams in the attic to reinforce the ceiling joists. The beams would be connected to the ceiling joists and would rest on wall studs to carry the load. Easy, right?  Craig thought so.  He pulled out his old college text books and did some homework load equations to make sure that his plan for reinforcing the beam would work… according to his calculations it absolutely would. 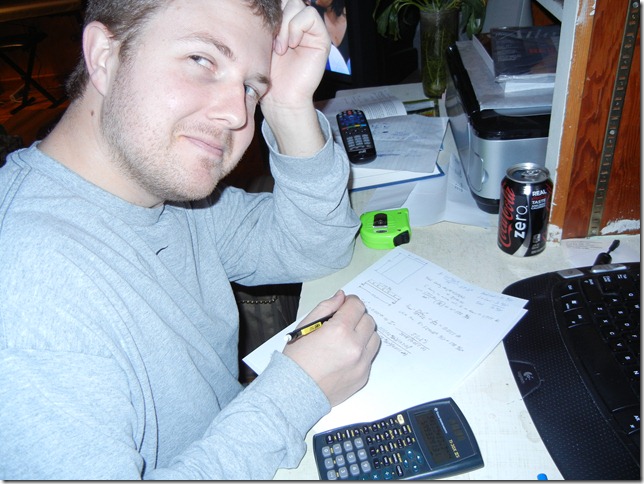 I was a little very skeptical, but decided to step out there in faith and let the hubby do his thing (You go Craig!  Show us what Georgia Tech engineers are made of!).

The first step in removing the old wall was building a temporary wall out of 2 x 4’s to support the ceiling. 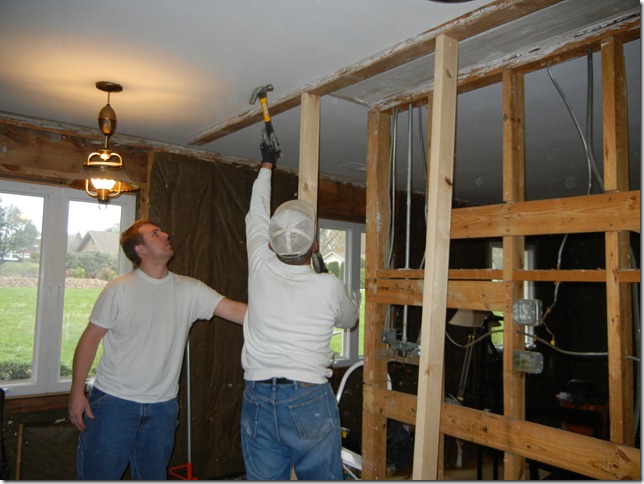 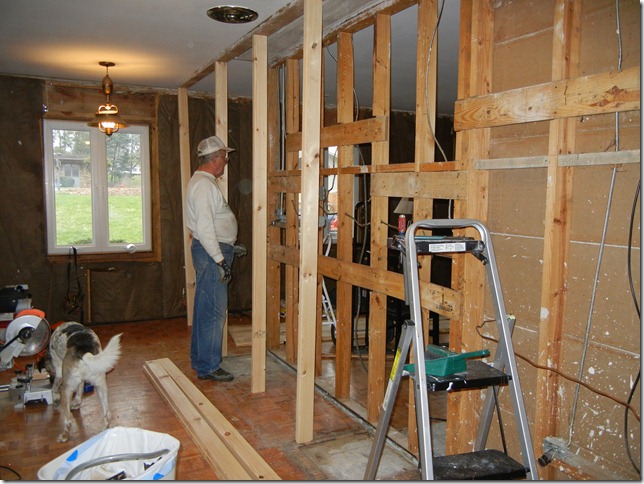 Then Craig had to cut back the ceiling joists in the attic in order to make room for the beams.  Once the joists were cut, the only thing preventing the ceiling from coming down was our temporary wall.  Thankfully it held up! 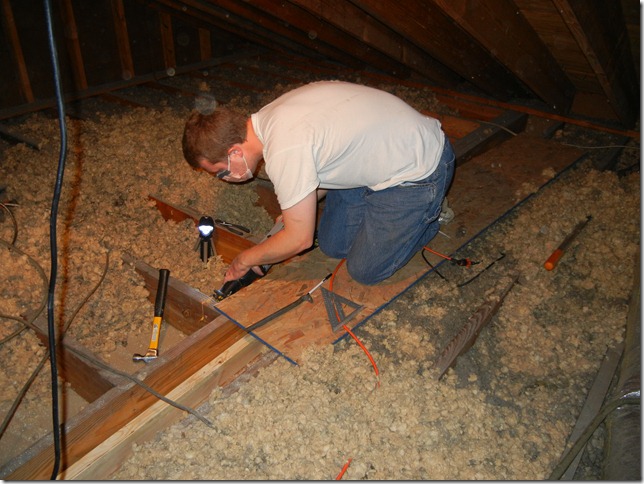 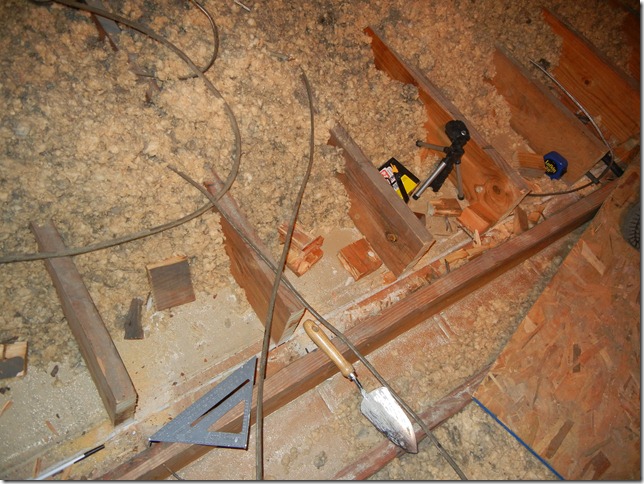 Next we installed the first and then the second beam.  We attached them to the ceiling joists with joist hangers and nailed them in place.  Once everything was secured we were left with a super strong beam to distribute the load in the ceiling.  Nicely done! 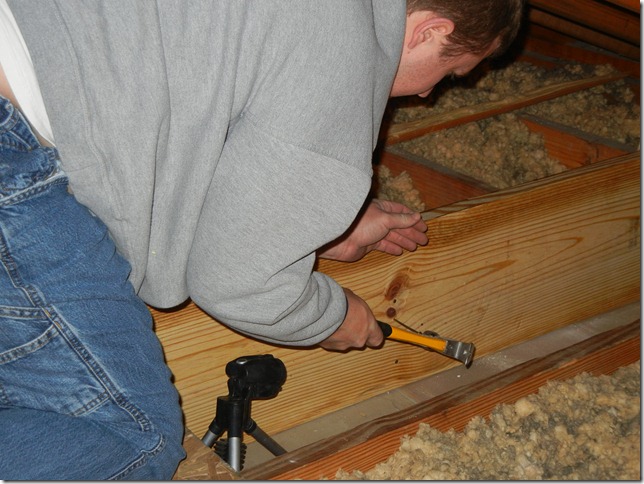 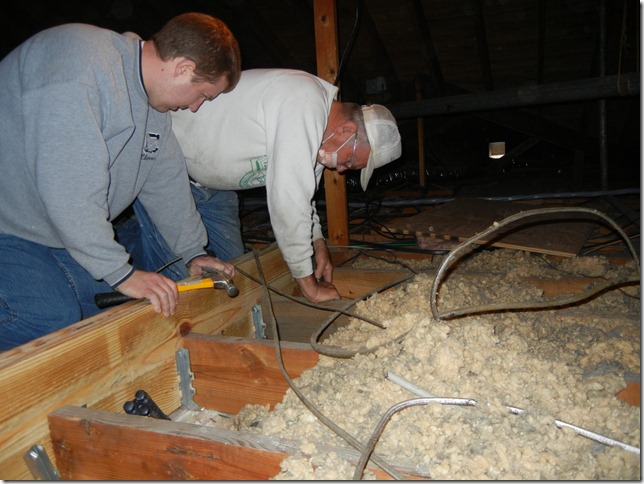 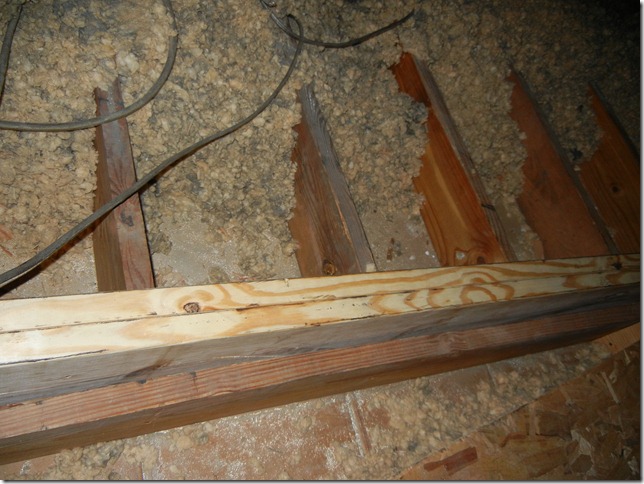 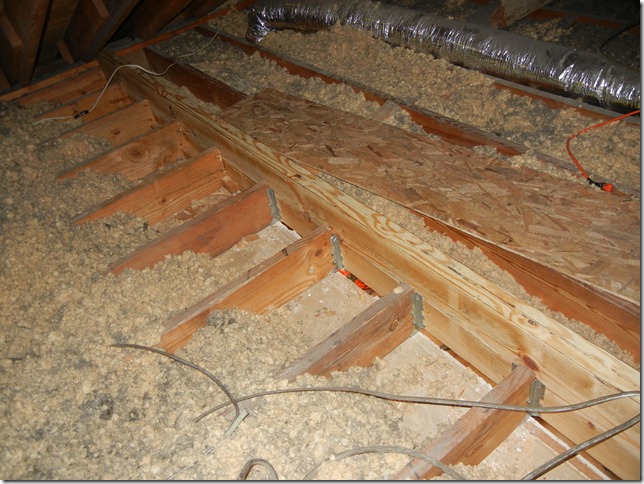 After things in the attic were reinforced came the fun part… removing the old wall separating the kitchen and the family room!  We used a combination of cuts with the reciprocating saw and whacks with a sledge hammer to get the job done. 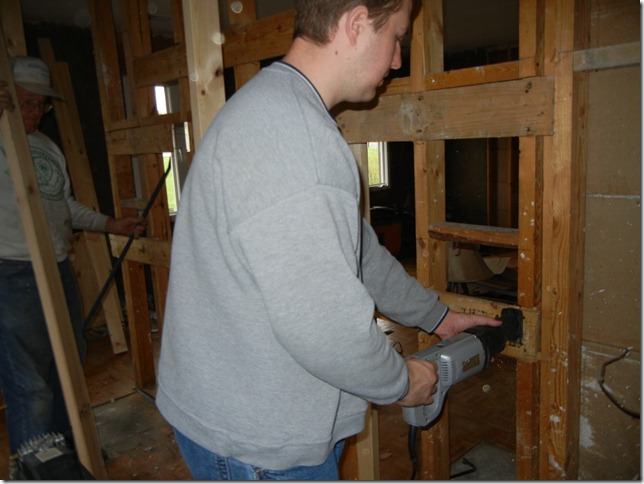 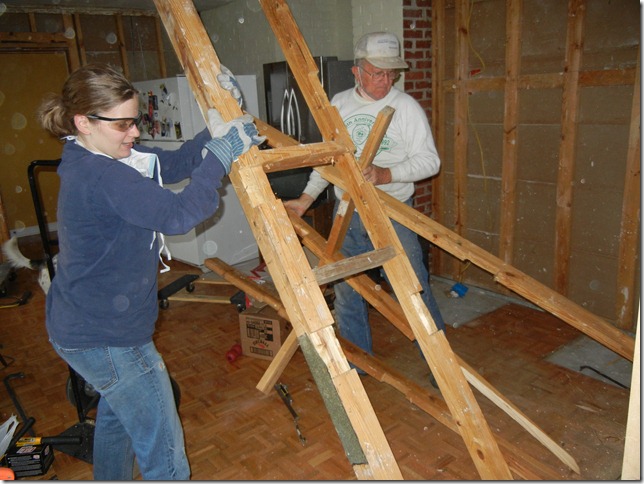 This left us with just our temporary wall which we could now take down. 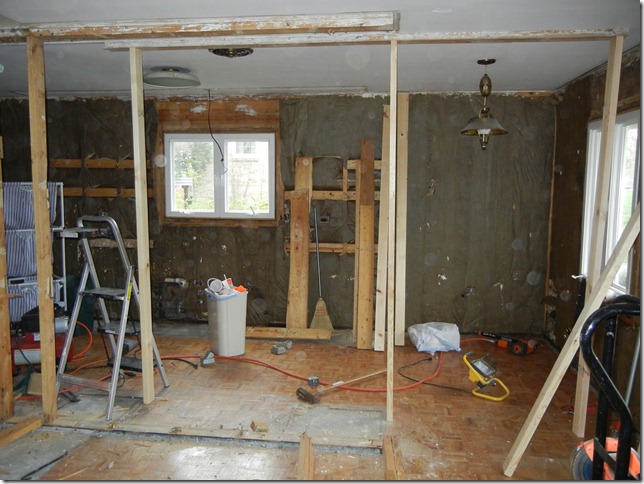 We then had to do a little bit of framing to build the wall where our new built-in bookcases will go.  I got to use the framing nailer, which was pretty awesome! 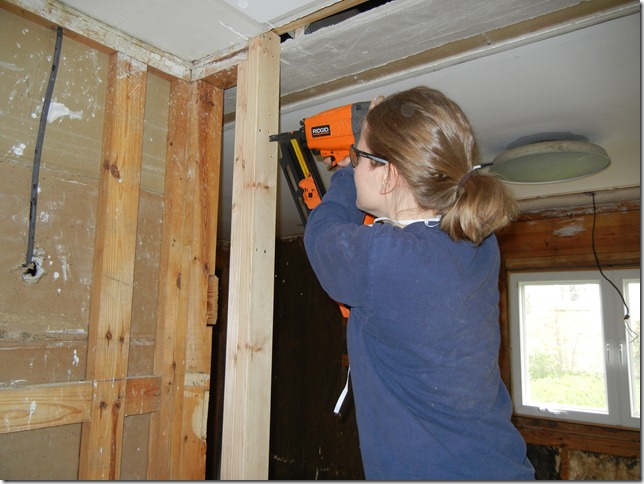 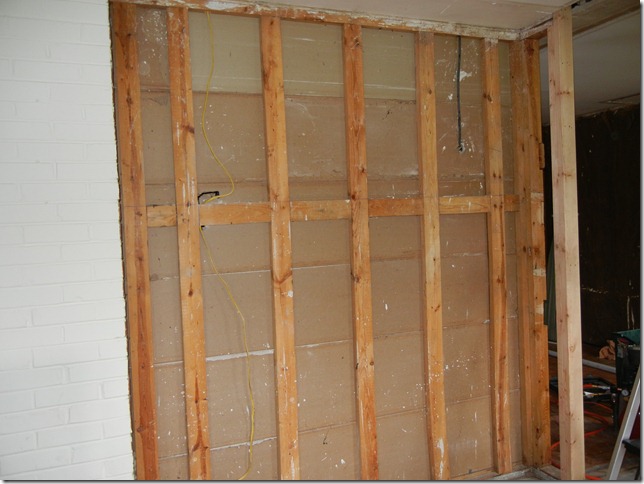 When we were done we were left with a nice, big, open view from the family room into the kitchen 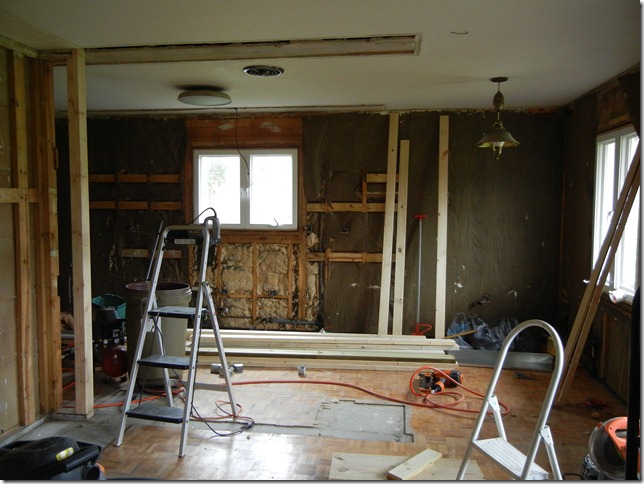 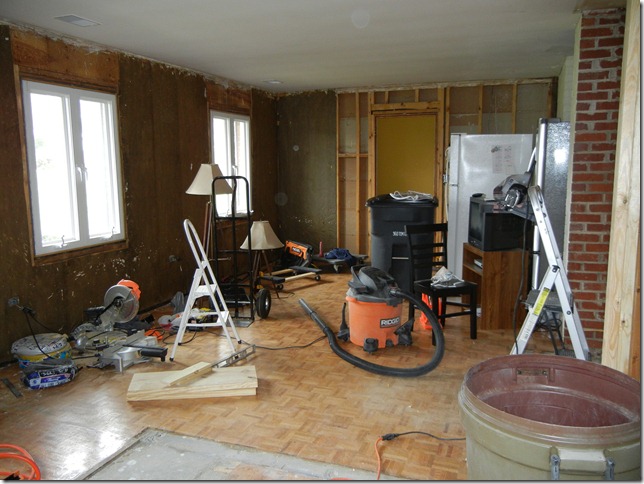 Where's the part about Craig stepping through the attic? :)