Since we’ve lived in Tennessee for about 5 years now, Craig and I thought it was high time to have some art in the house that reflects our new home state.  We thought that a cool map or some funky folk art might fit the bill.  So, we began scouring the internet for potential ideas.  We stumbled across this blog post and decided that we had to track down a Tennessee Chuckle Map of our own. 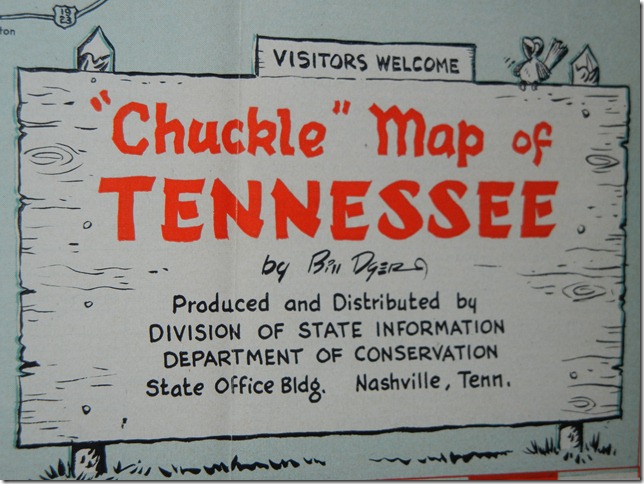 So we did!  We looked for a while and found a map collector who had one for sale!  And best of all… it was on sale for just $12!  So needless to say we ordered it and had it shipped to us right away!

I can’t tell you how excited I was when the map arrived in the mail a few days later!  I was like a kid on Christmas morning!  I opened it up and combed through the whimsical caricatures and fell in love with the Chuckle Map all over again.  Every time I look at the map it puts a smile on my face… I most definitely understand why it’s called a “Chuckle Map”!  I just love it!!!

So what’s all the fuss about?  Well take a closer look at the whimsical caricatures and comedic landmarks for yourself and surely you’ll see the appeal!  After all, the front of the map doesn’t read “Tennessee… The Nation’s Most Interesting State” for no reason.

Here’s the Tri-Cities region… our neck of the Tennessee woods.  We’re in Kingsport (a.k.a. the “Model Industrial City” as shown on the map). 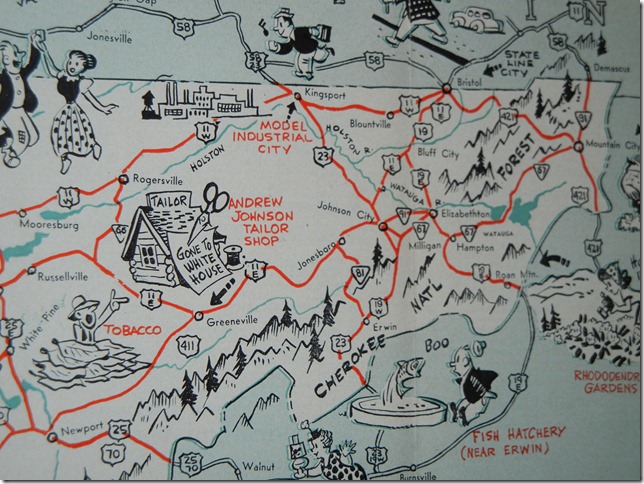 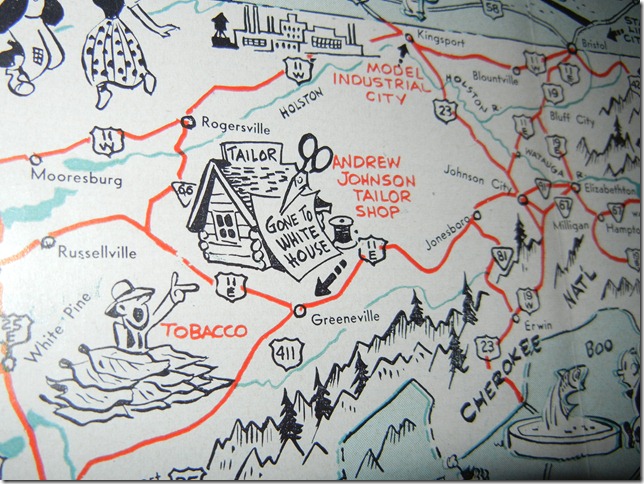 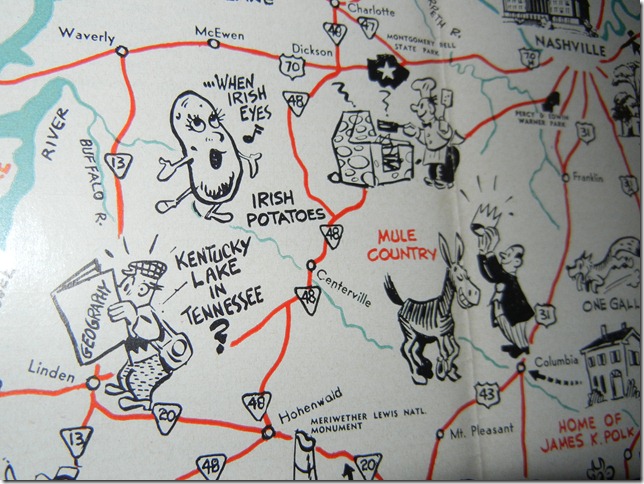 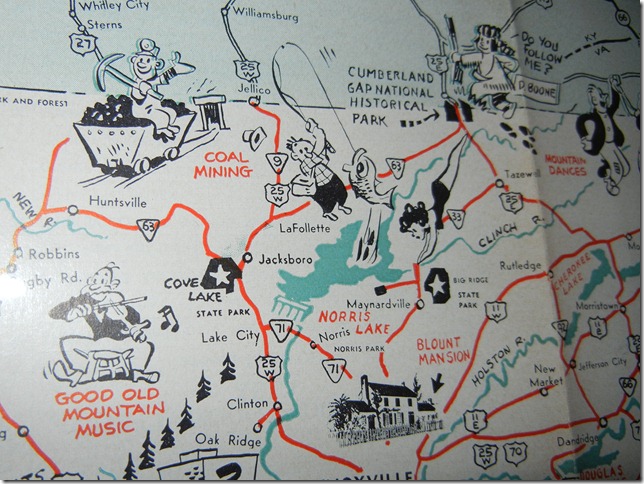 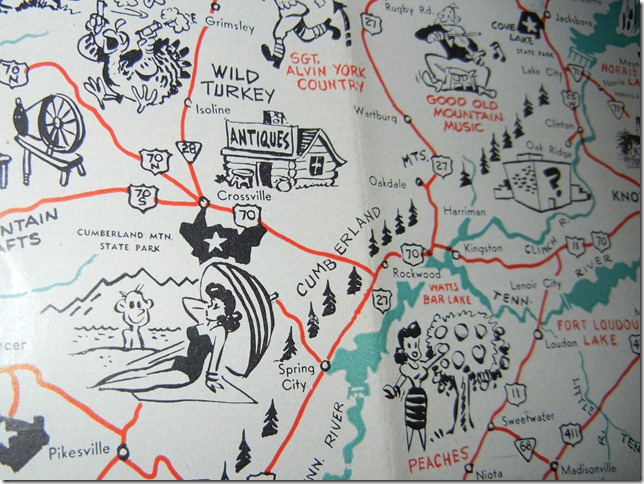 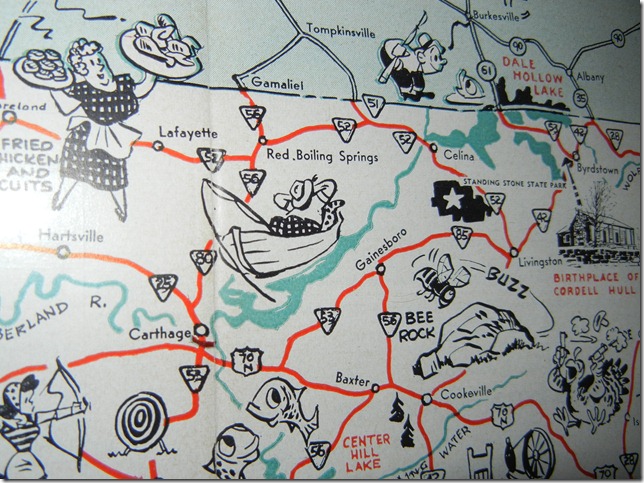 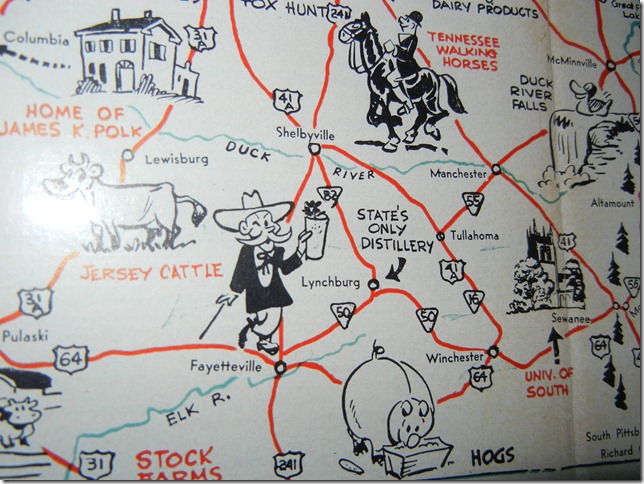 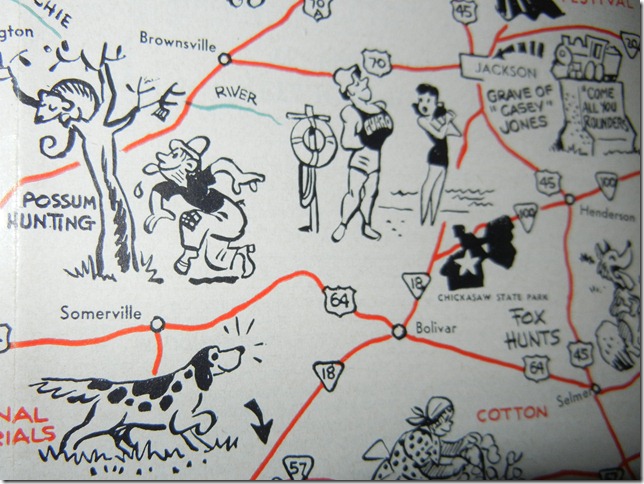 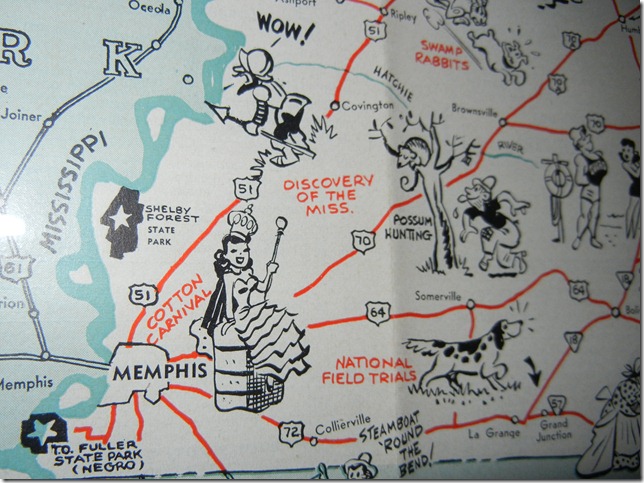 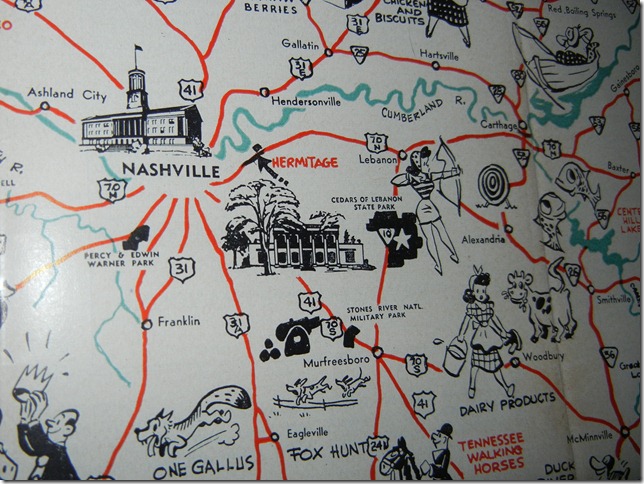 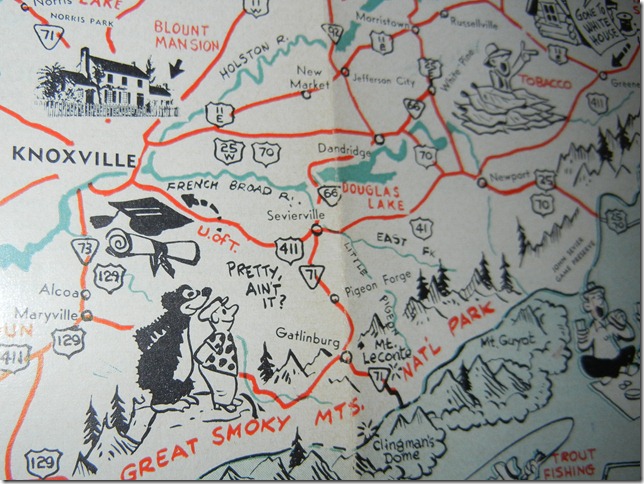 Don’t you just love it?  I know we do!  And since we love it we took extra care when having it frame.  We decided not to have it spray mounted to foam board (which would have removed the wrinkles from the folds in the map) and instead opted to leave it au naturel (so that the integrity of the map wouldn’t be ruined).  I mean the map is almost 70 years old for cryin’ out loud!  Despite what the blogger listed above wrote the dealer we bought the map from (and a few other articles we read online) claimed it was in fact from the 1940’s.   And since maps are what he (the dealer) does for a living who were we to argue?  Ain’t it purdy?  Can’t wait to display it in the family room once the big renovation is completed! 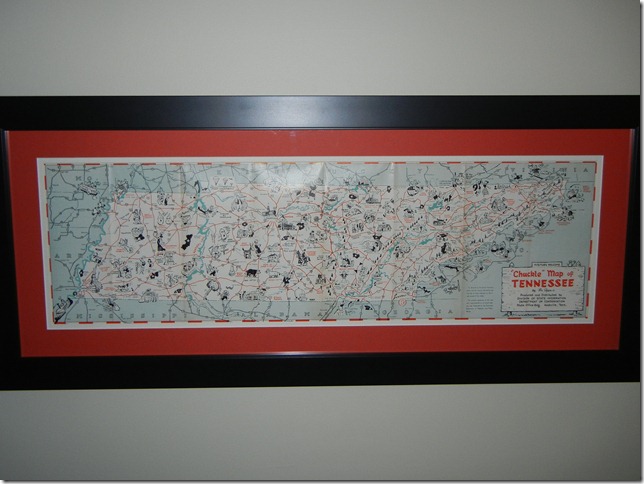