...have been ordered!  Yahoo!!! One more thing off the ole' kitchen reno checklist!  Craig and I bounced back and forth when trying to decide what type of countertops we wanted.  We considered Corian, quartz, granite, and other solid surfaces.  As with everything, they all had their pros and cons.  Eventually we decided on granite countertops.  We figured that since this kitchen reno is going to be a once in a lifetime thing (hopefully) we may as well go all the way with it!  And in the event of resale, granite seems to be the best investment right now.

When pricing countertops we first asked for a quote from Lowe’s since we had already dealt with them to order our cabinets.  We looked over the granite samples they had in the store.  There were a couple colors that we liked—Santa Cecilia (Class B), Giallo Ornamental (Class C) and a couple others.  The pricing system at Lowe’s is broken down into levels and basically the higher the letter the higher the price.  After talking it over we decided that we just couldn’t stand the idea of paying an additional $7 per square foot (about $400 more)  for the next level up on color.  So we settled and asked Lowe’s to quote the more basic Santa Cecilia (Class B).  We also asked them to include a beveled edge, backsplash, and stainless steel undermount sink in their quote.  Well, in the end the number they gave us was, let’s just say, way more than we wanted to spend.  Naturally, we asked them to play “Let’s Make A Deal” with us, but the salesperson told us that “there is no room for negotiation on granite because the store’s profit margin on it is so small to begin with”.  Talk about a ZONK!  Boo Lowe’s!  Craig and I didn’t quite buy their excuse, so we decided to check around at a few local stone yards before making any final decisions.

We got the names of two reputable stone yards from Wendy, the kitchen designer that we had spoken with at Kitchens by Design.  Even though we didn’t end up ordering our cabinets through her she was still gracious enough to share her countertop contacts with us.  How cool is she!

The first contact was for Mountain Empire Stoneworks in Blountville.  Craig took our square foot measurements to them and asked them to quote a price for the same specs as Lowe’s—Santa Cecilia, beveled edge, backsplash, and sink.  The price they gave us was way less than Lowe’s… about $1225 less!  How about them apples!

The second contact from Wendy was for Appalachian Stone Works in Jonesborough.  Craig took our square foot measurements to them and again asked for a quote on the exact same stuff as the last two places (you know… to compare apples to apples).  Amazingly, the price they gave us was better than both of the other quotes we had received… about $750 less than Mountain Empire Stoneworks and $1975 less than Lowes!  Ha!  Take that Lowe’s!  And to top it all off they had a much wider variety of colors to choose from at their basic price and they don’t charge extra for the beveled edge that we want.  We just couldn’t believe it!

So after comparing quotes from all three places we obviously decided that Appalachian Stone Works could provide us with the best deal.  Then the real fun began… we both went back and browsed the showroom and the stone yard to see what all of our basic color choices were (in the event we found something basic that we liked more than Santa Cecilia).  Oh what fun!

We had lots of gorgeous colors to choose from… 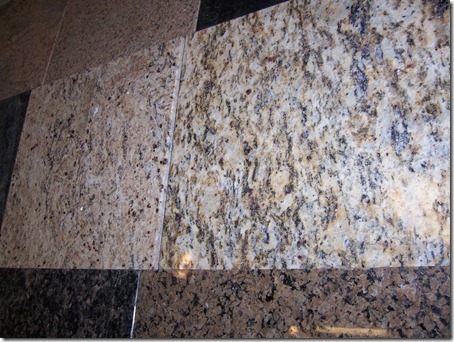 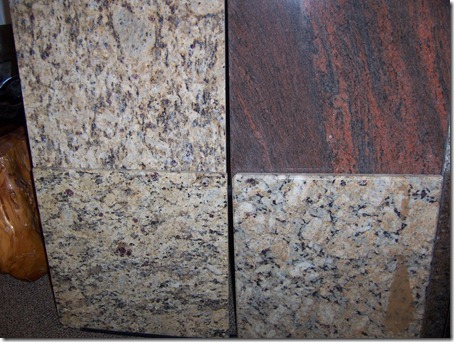 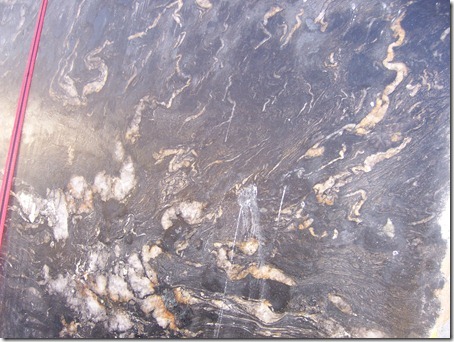 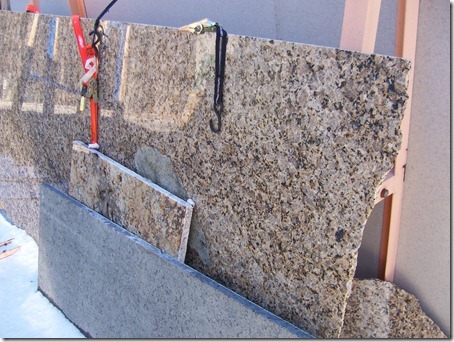 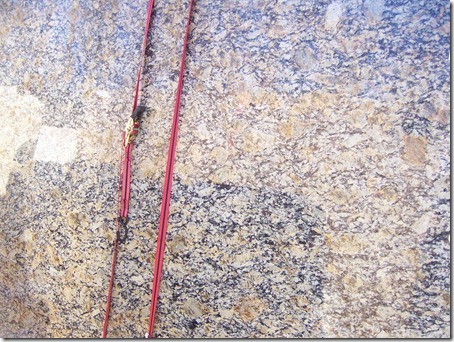 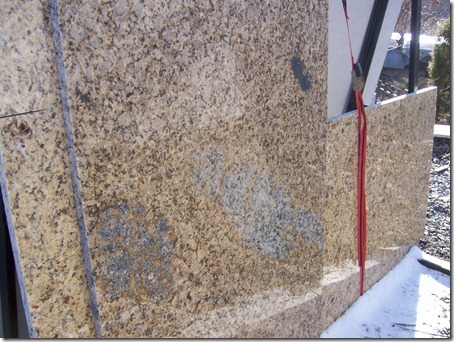 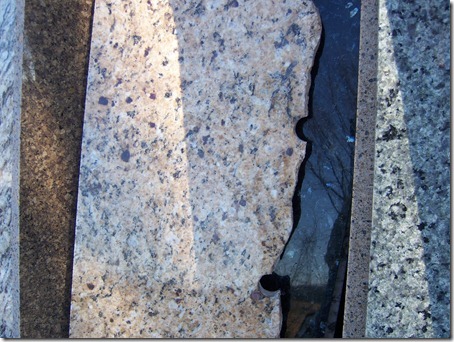 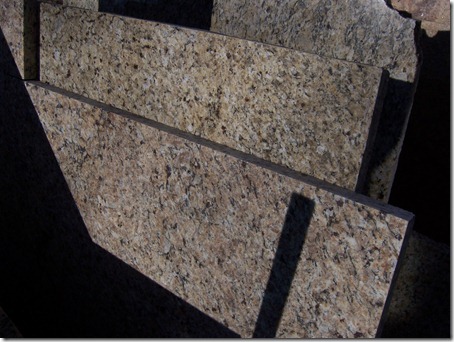 …and they sent us home with samples of our three favorites… 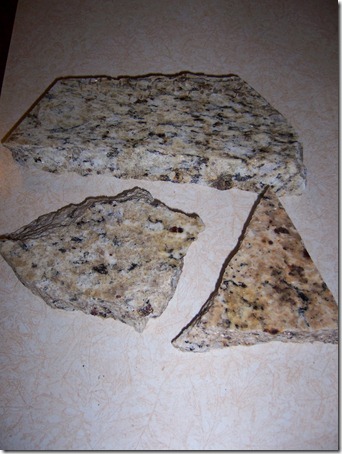 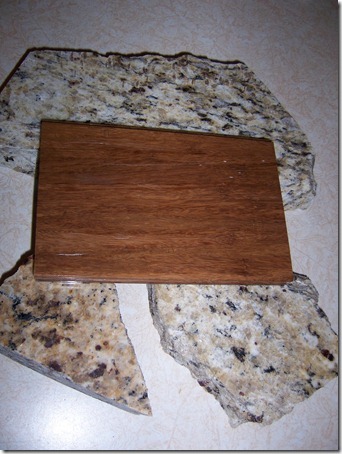 In the end we chose Giallo Ornamental (the one on top) which was one of the Class C’s we liked at Lowe’s but refused to pay an additional $400 for.  So, if you factor in what it would have cost us to get this upgraded color from Lowe’s the final total ended up being $2375 less at Appalachian Stone Works!  Talk about a deal! 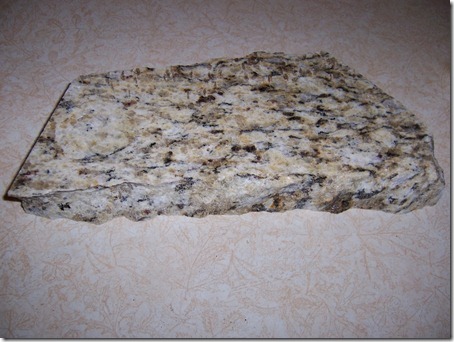 Can’t wait to see it all installed!!!

*Oh, and on a side note… we decided not to do a raised bar between the kitchen and den like we described here.  Instead we’ve decided just to extend the slab on the peninsula so that there is a 12 inch overhang into the den.  We think that this will help to open up the space even more and make the space so much more accessible!

So pretty!! AND SERIOUSLY WHAT A DEAL!!!!