We spent Christmas in Clover with both of the families.  Christmas Eve we got all dressed up for church in the adorable dress we bought at Craig’s boss’ store.  Too bad we couldn’t keep our hair bow in for more than 5 seconds! 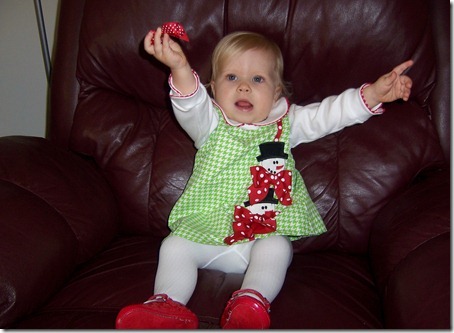 After church we went back to my parents’ house where we eagerly awaited Santa’s arrival! 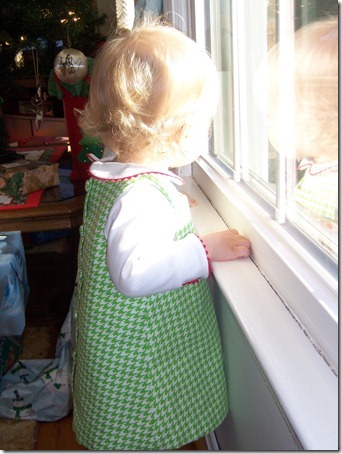 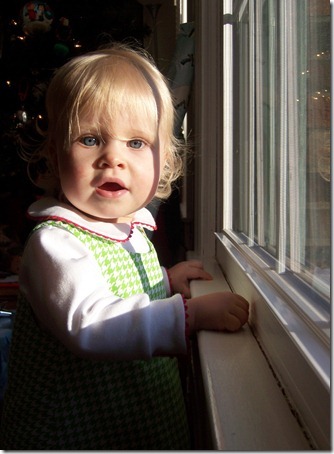 After a few minutes of waiting at the window our short attention span gave in and we decided to just play with the toys already at Nanny and PoPo’s house instead. 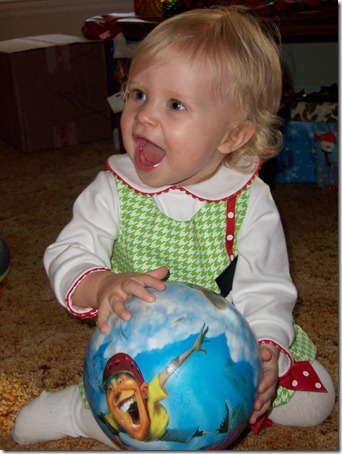 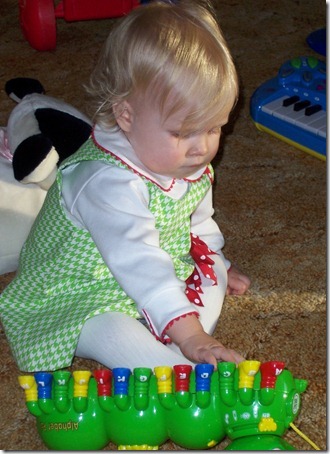 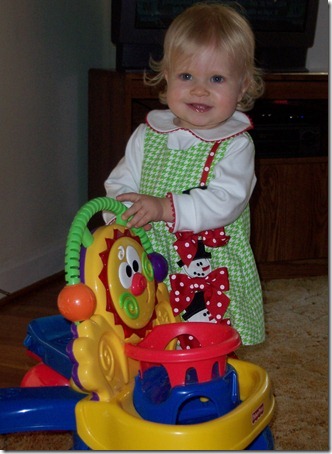 Christmas morning we headed over to my sister Erin’s house for presents and an early dinner. 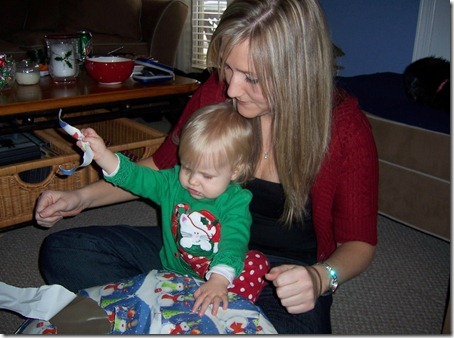 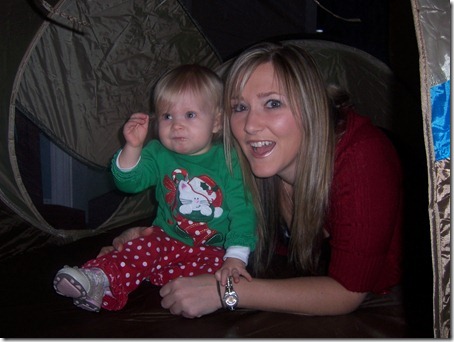 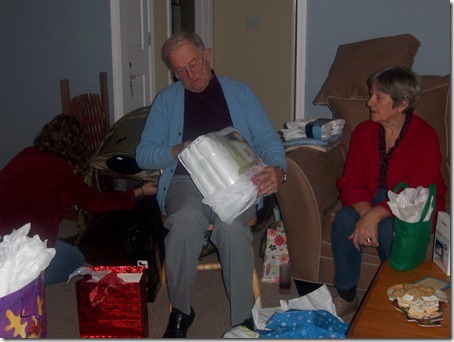 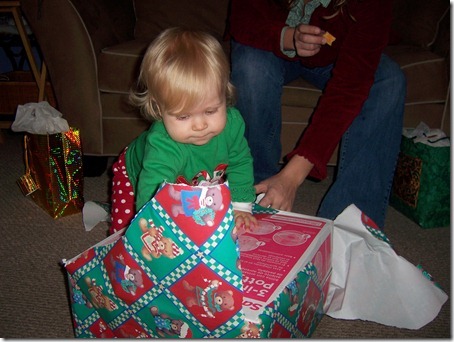 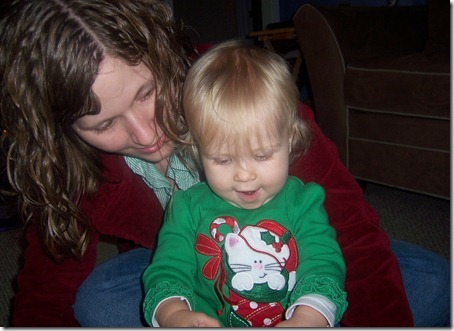 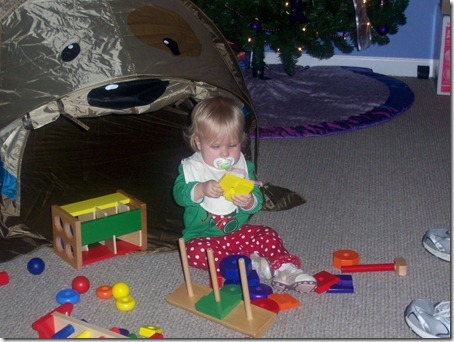 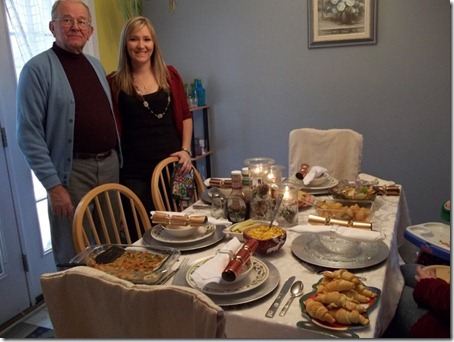 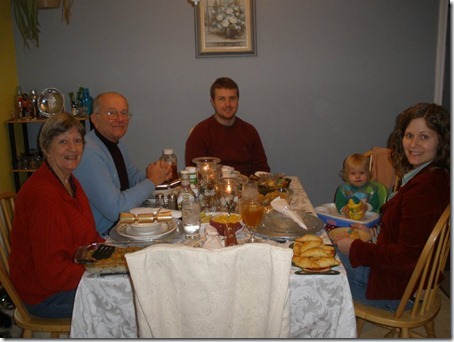 From Erin’s we headed to my mother-in-law’s house for yet another meal.  Apparently we were so busy with all of the presents and food that we forgot to take out our camera.

Christmas night it began to snow (which hadn’t happened on Christmas Day in almost 50 years)… and it continued most of the day Sunday.  The snow was so pretty and really made it feel like Christmas! 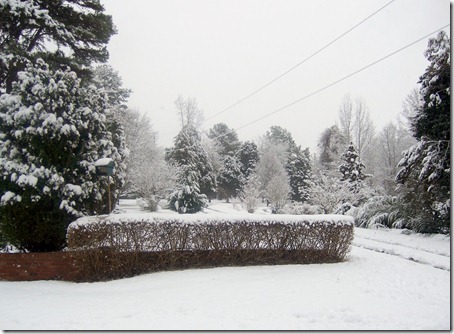 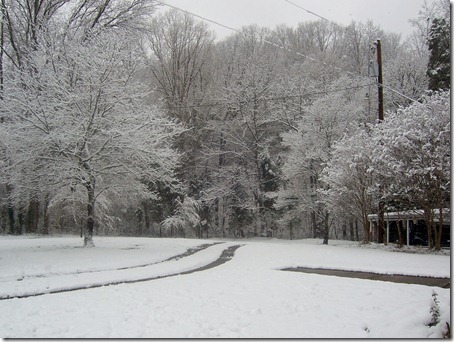 Unfortunately, we had to head back to Tennessee Sunday afternoon so we didn’t get to play in the snow very much.  We were a little nervous about what the roads would be like… especially in the high mountains around the NC/TN border!  Thankfully, in spite of a couple dicey moments around Buckner Gap and Sam’s Gap, we made it home!

What a busy, fun-filled holiday weekend!  Now… it’s time to rest up for the New Year!