About a month ago I decided that I wanted to remove some wallpaper in the entry hall at Craig's house and do a little painting. Naturally, I assumed that between the two of us we could get this project done in a weekend. Well, here we are a month later and it's still not completely finished. What can I say, it's an old house (circa 1961) and even the "simple" projects aren't quite so easy!

So, here's what we've done so far. 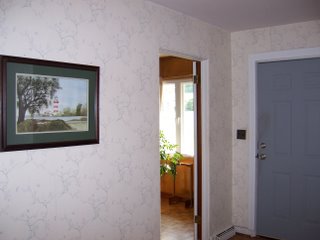 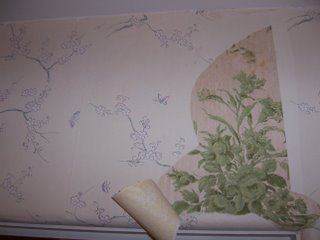 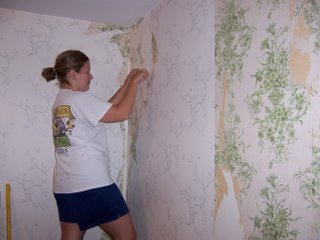 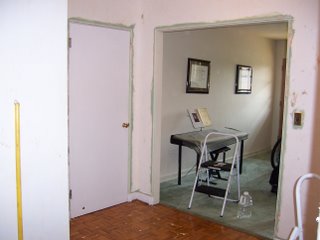 Once we got the wallpaper down we realized that the plaster around the front door to the house was completely crumbling away. It took another week and a half just to replace the plaster with drywall, mud the drywall, and build out the door frame. 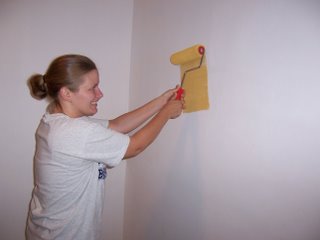 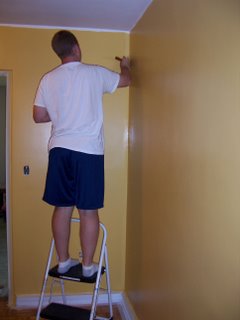 Finally we got to paint!

It looks so good! I LOVE the color!

Man, looks like y'all did a lot of work! I think it turned out great! Look forward to seeing you this weekend.